It’s time to pay the 2022 Eagles the ultimate football compliment: This team is winning like the Patriots did during the dynasty years.

Before scoffing or rolling your eyes, get real for a second: Every NFL fan outside of New England hated the Patriots dynasty, but would have signed up to play like them in a heartbeat.

All they did is win, and did it in different ways seemingly every week. If the game called for a ton of passes, they did it. If the game called for weather and a ton of runs, they did it. The defense was strong at every level, took the ball away and broke the opposing teams’ spirit. The team won the turnover battle, played smarter and wore opponents down over 60 minutes. Injuries didn't matter because of a next-man up mentality. The offensive skill-position star of the game was a game of hot potato, switching by the week. The quarterback rarely made mental errors, especially when it came to turnovers.

Sunday’s 29-21 victory over the Jaguars was ugly. The 14-0 deficit was significant adversity, especially considering the weather conditions. On a day in which throwing the ball would be a challenge, the Eagles still found a way to rally for 29 unanswered points. It wasn’t just a test of the mettle of this team. It was a test on roster depth and versatility. 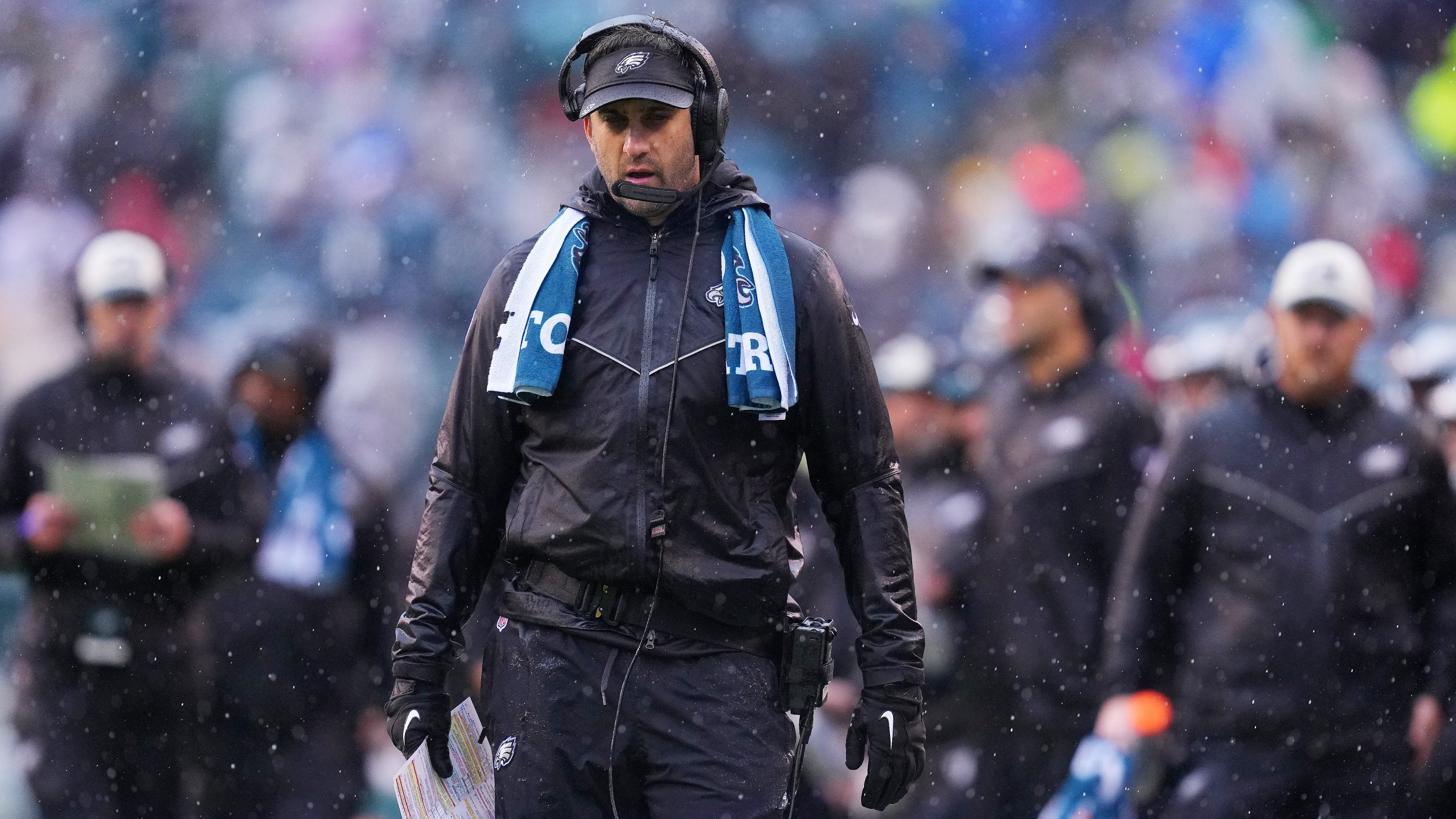 How many teams in the NFL could overcome losing their starting left tackle, top corner, and right guard in the middle of a game? Add in the loss of one of the NFL’s best slot corners due to a mid-week injury, and the Eagles were down four starters (two on the offensive line, two in the secondary) against a team set up to exploit weakness in those areas. It didn’t matter.

Through four weeks, the Eagles have found four different ways to win. They’ve been led by Jalen Hurts’ legs, his arm, the defensive backs, the pass rush and offensive line. When one area has been weak, the others have been strong. When one part of their offense has been taken away by the defense (or mother nature), the other has emerged stronger.

Jacksonville brought the NFL’s stingiest run defense to Philadelphia on Sunday. The Eagles (led by the best running we've ever seen from Miles Sanders) promptly ran the ball 50 times for 2010 yards and four touchdowns, on the way to becoming the first team since the 1995 Cowboys to rush for 10-plus touchdowns in the first four games of the season.

Last season, the Eagles sported one of the NFL’s worst pass rushes. They couldn’t buy a sack most weeks. Now? Through four weeks, this defense has 16 sacks (more than half of last year’s total of 29). It’s one thing to harass Carson Wentz. It’s another to do it to Trevor Lawrence, on the path to forcing (and recovering) four fumbles.

Then, of course, there’s the smarts and situational awareness.

One of Hurts’ best attributes showed up the minute he took the field as the starter in 2020: Calmness. The 24-year-old shows poise in the pocket, outside of it and on the sideline. His multi-turnover games have been few and far between. Despite an ugly pick six (perhaps a double clutch throw because of a slippery ball led to the mistake) on the first drive of the game, Hurts never again put the ball in harm’s way. Other than a botched snap (delivered before the quarterback was ready in shotgun), there were no fumbles.

Lawrence looked like he had never played in rain, and couldn’t handle the wet ball. The Eagles pass rush rattled him. The No. 1 pick and “generational talent” melted in adversity. Hurts had his worst game of the season, but played poised. After one bad mistake, he stopped losing the game and played a steady role in winning it. Just like a young quarterback that ran the show in New England all those years ago.

Four weeks doesn’t make a season, but the Eagles look like a very difficult team to beat. They can win in multiple ways. They are deep. They seem prepared to win in the elements, something crucial when December and January arrive.

Very similar to a team that made a habit of playing in conference championships and Super Bowls for two decades.