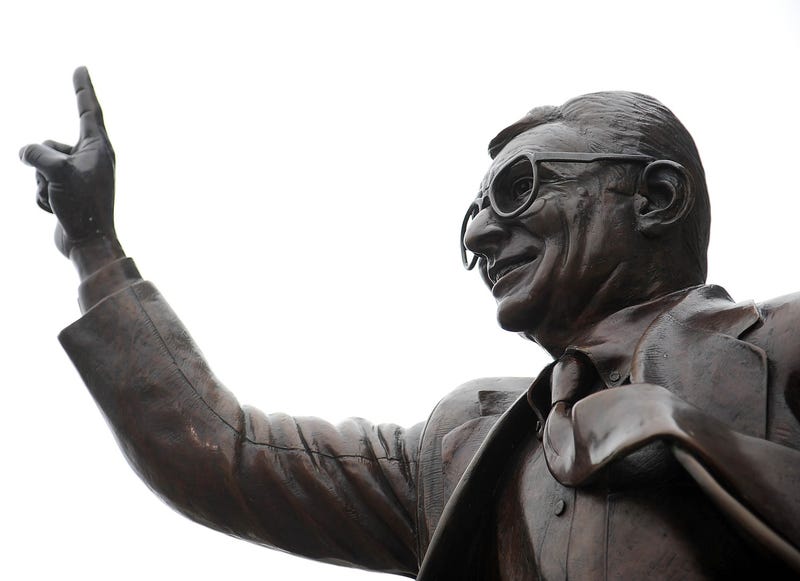 It sounds like the plot of a weird kidnapping movie, but one Pennsylvania lawmaker wants to know where the statue of Joe Paterno is at all times.

Butler, Beaver and Lawrence County representative Aaron Bernstine wants Penn State University to report to Harrisburg where the statue is and how it is being stored along with protected.

Bernstine says if the University does not report the location, it may not get funding.

PennLive reports Bernstine wants to make it an amendment in a Senate bill that funds the State’s four Universities.

The statue was removed in 2012 as part of the fallout from the Jerry Sandusky scandal.

“The statue symbolized Coach Paterno’s many outstanding contributions to Penn State on and off the gridiron,” Bernstine said in a release. “His legacy should remain alive for people to view and reflect. Removing the statue does not serve the victims of Sandusky’s horrible crimes. The university is sending a mixed message by treating Paterno has a hero at the campus library where a plaque is displayed due to the millions of dollars he donated, but villain at the stadium where he coached the Nittany Lions to two national collegiate championships and five undefeated seasons.”

Bernstine is a graduate of Penn State.

What an incredibly ridiculous waste.

There aren't about 106,572 other things @AaronBernstine could better spend his time on?https://t.co/h7rveUqcFk