Bryce Harper’s injury is crushing to the Phillies playoff hopes.

We can pretend that’s not the case. We can make believe that this team didn’t average more than a run per game less without Harper in the lineup in the games he missed across 2021 and 2022 (prior to Sunday’s eight-run outburst). We can talk ourselves into someone stepping up and being the Nick Foles of this franchise.

But none of that is based in reality.

Losing Harper to thumb surgery means an extended absence. Six weeks feels optimistic to me. Two months is likely more realistic, especially when factoring in rehab at-bats to regain timing. That means a big chunk of this season and pennant race will go down without Harper in the lineup. 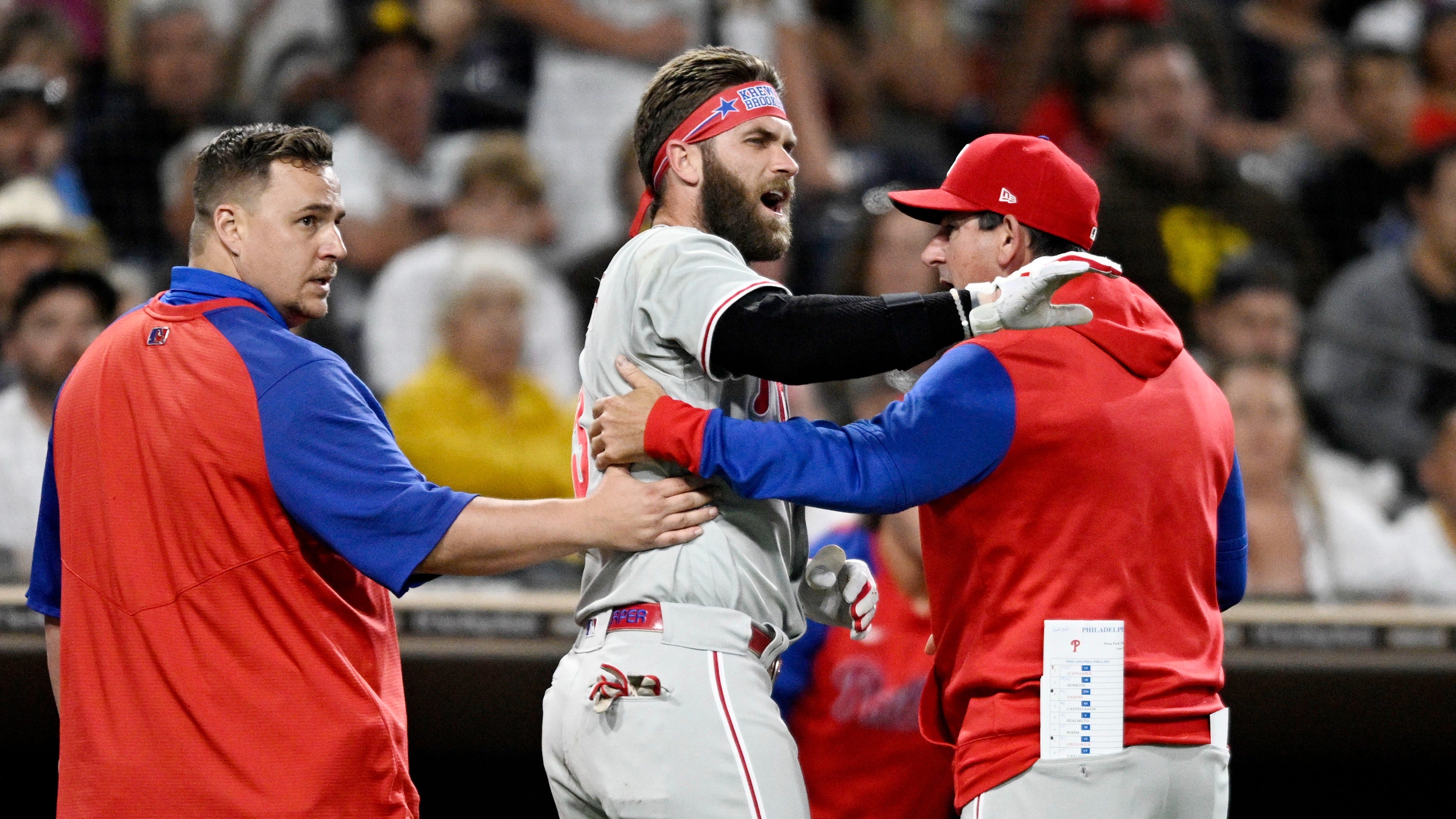 Larry Bowa after Bryce Harper injury: 'We're gonna be in the playoffs'

Is the season over? No, but it’s going to take some strong work by Dave Dombrowski to add to the current group. Perhaps the first of several moves already went down with the acquisition of defense-first center fielder Oscar Mercado from the Cleveland Guardians. I like the move. It comes with low risk, and perhaps some upside in the form of an athletic outfielder that was an AL Rookie of the Year contender in 2019 and comes with team control.

But in the event that Mercado doesn’t work and Mickey Moniak isn’t Foles 2.0, here are five players the Phillies should be looking into trading for right now.

5. Ramon Laureano, Athletics: One of my favorites. Laureano can solve the long-term center field issue for the Phillies while helping this team in the short term. There’s no way for the Phillies to replicate Harper’s bat, so why not opt for run prevention instead of run creation? Adding Laureano’s glove and arm in center field could allow for Odubel Herrera and Matt Vierling to platoon in right field, giving the Phillies two true center fielders in the outfield at all times. Laureano opened the season serving a suspension for PEDs then struggled out of the gate, but has a .750 OPS over the past 32 games. 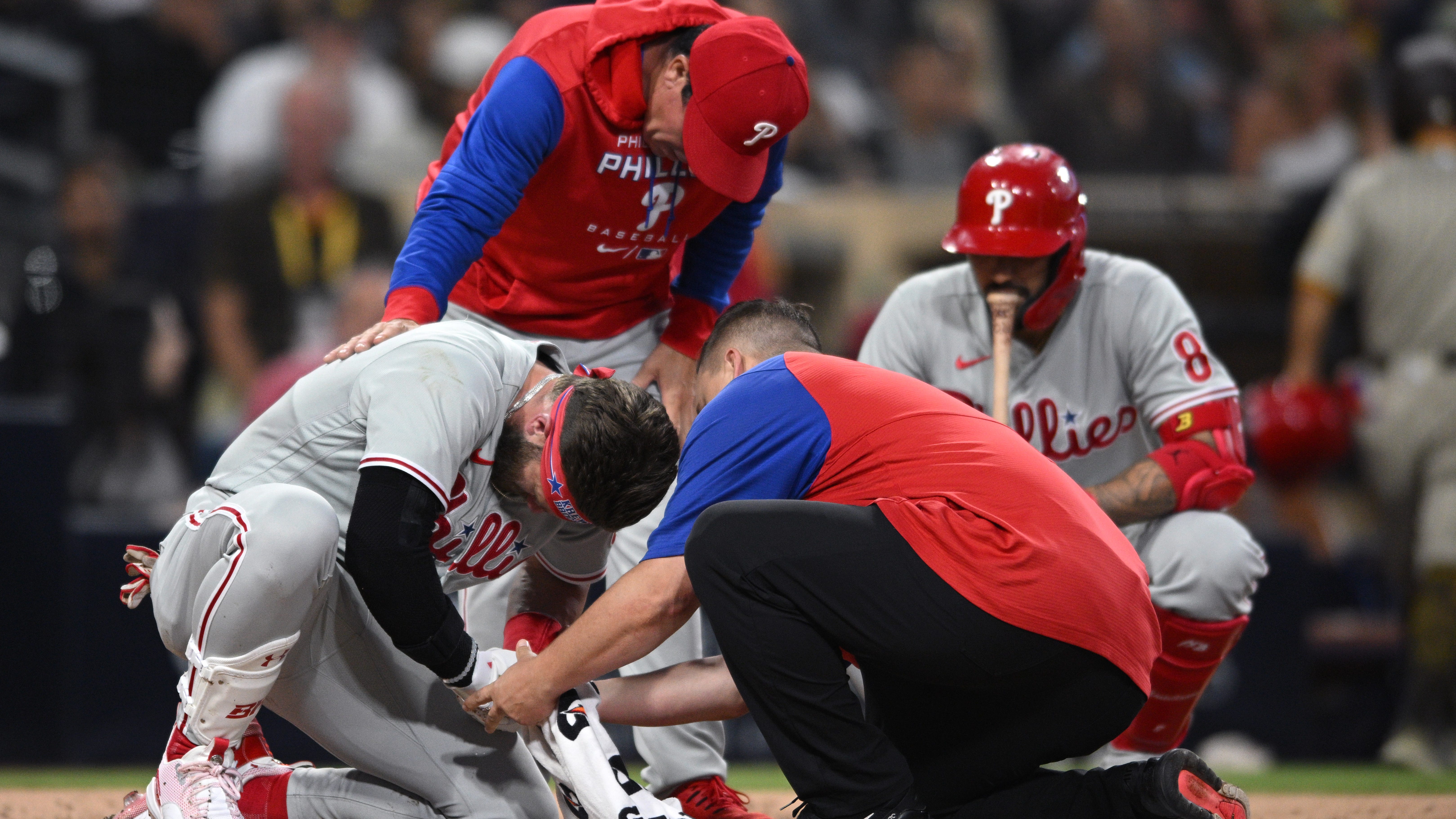 4. Ian Happ, Cubs: The best current player on this list, but would be worth the prospect cost it would take to pry him from Chicago. Happ (2.3 bWAR) is playing the best ball of his career, can handle a corner outfield spot, has experience at every infield spot but shortstop and can take down innings in center, if needed. We’re talking about an ascending 27-year-old that’s dramatically cutdown on his strikeout rate after establishing himself as a good player in past seasons. Switch hitters with power and this kind of versatility are rare.

3. Whit Merrifield, Royals: This may mark the fifth consecutive year with a Merrifield inclusion in my “who the Phillies need to trade for” column. Yes, I’m aware of Merrifield’s down season. But I’m not letting less than 75 poor games change my mind on a guy that’s been one of the best players (15.7 WAR) in the American League since 2017. Merrifield can play the outfield or second base. He steals bases. He’s a career .286 hitter that’s twice led the league in hits. Stick him in right field until Harper comes back. Put him at second after that. Make him the center fielder or super-utility guy in a loaded lineup in September. The Royals are already selling off parts, and would likely dump him for the lowest price they’ve ever asked considering his age (33) and likely salary of close to $7M in 2023.

2. David Peralta, Diamondbacks: Arizona has more young outfielders than spots available in the everyday lineup. Peralta, 34, is a free agent to be and likely not part of the future in a rebuilding situation. With nine homers and a slugging percentage of .449, Peralta’s left-handed stick would be a diet version of Harper in the middle of the order.

1. Joey Gallo, Yankees: How about an option that fits the “buy low, sell high” mantra? There’s no player with a track record lower than Gallo (.169 AVG, 79 OPS+) right now. His fit in New York has been a disaster, and will likely soon follow the Javier Vazquez/Sonny Gray Express (talented players that failed miserably with the Yankees, but found success again when leaving) out of New York. If the Yankees are looking to dump Gallo for anything they can get before the trade deadline, the Phillies would be smart to look into it. Gallo’s light-tower power is real, and he comes with the ability to play center field. Worst case, it’s a flier on a guy that’s about to be a free agent. Best case? Gallo turns his career back around, and the Phillies can add huge power to both replace and pair with Harper as the season progresses.