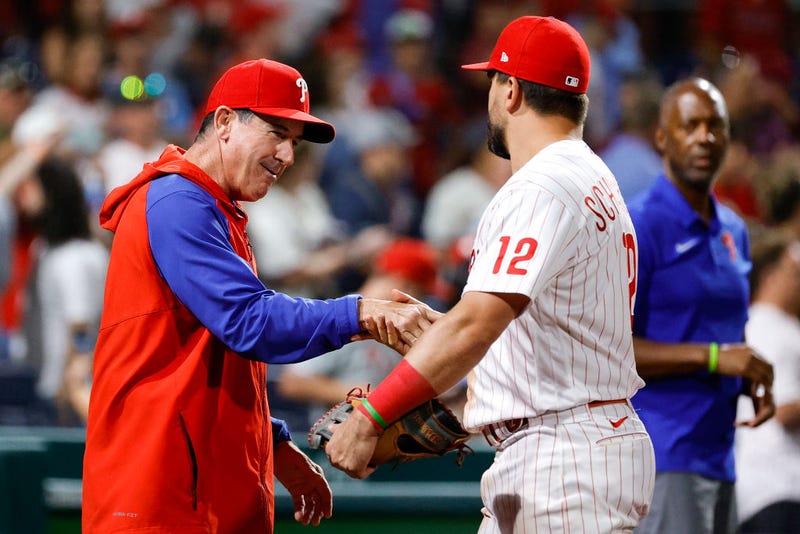 PHILADELPHIA (KYW Newsradio) — When the calendar was turning to June, the Phillies were an underachieving mess. But since then, they have put themselves in a very good position to end a decade-long postseason drought.

After firing Joe Girardi, the Phillies are 39-19 under interim manager Rob Thomson. So, should Thomson be considered for National League Manager of the Year and remove the “interim” label from his title?

Thomson, at this point, is a worthy candidate for the award, though the Mets’ Buck Showalter has an edge because New York is in first place in the National League East and 33 games over .500. 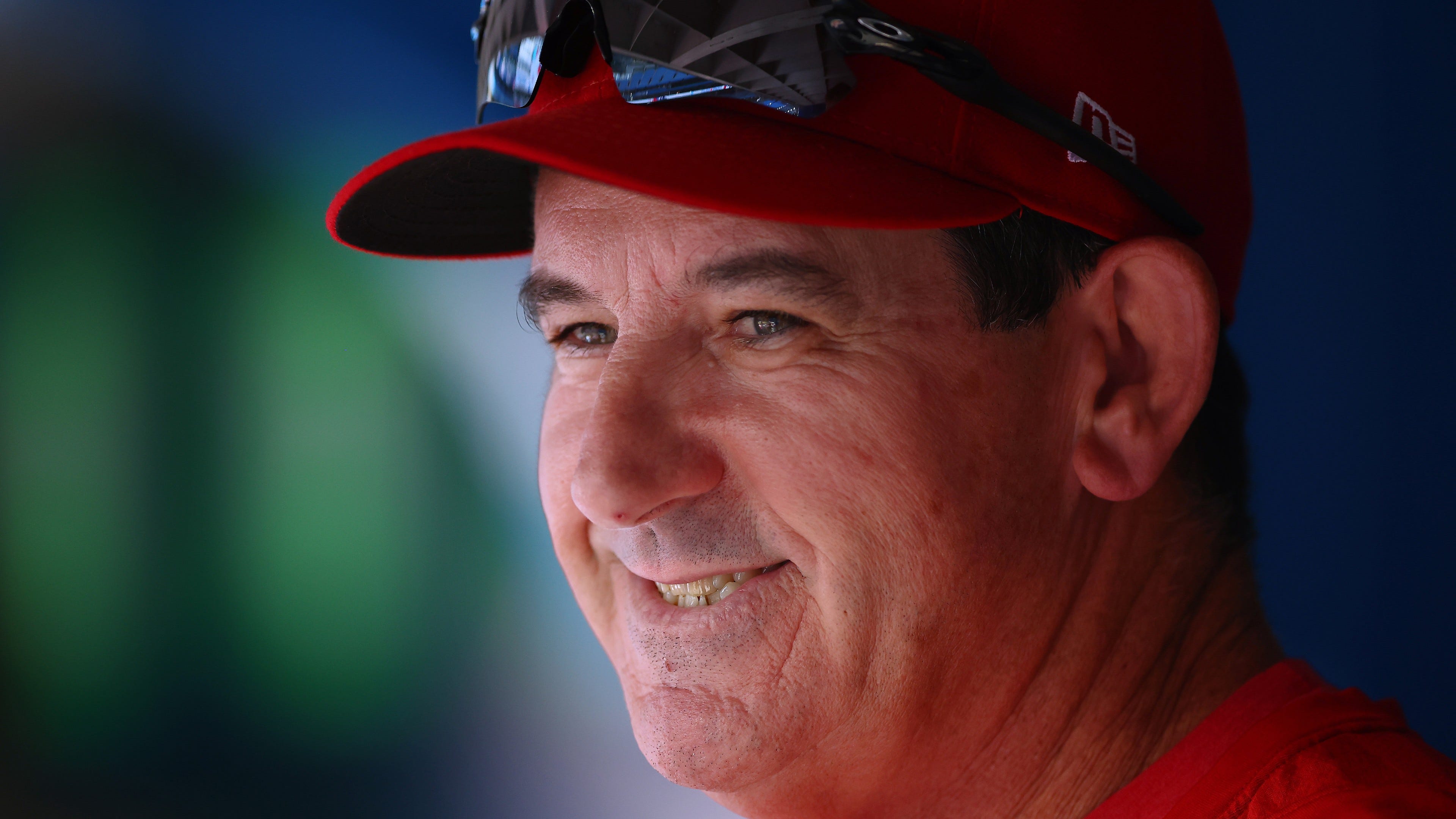 As far as continuing to be the manager of the Phillies next season, Thomson said he’s only thinking about the present right now.

“Take care of today. Tomorrow will take care of itself,” he told WIP Sportsradio’s Howard Eskin. “As far as next year is concerned, I think it’s a Major League Baseball rule that you have to go through a formal process of interviewing other people, which I think is great because it’s fair and it includes everyone. Seriously, I don’t even think about it.”

He said if he does think about the future, he often forgets about something he has to do in the moment.

There is a lot of chatter these days with the #Phillies and the record under Mgr Rob Thomson, that Thomson get a new contract and be considered for Manager of Year. I asked how caught up he gets with that talk. ⁦@SportsRadioWIP⁩ pic.twitter.com/wrSSzKWsnH

This is Thomson’s first opportunity to manage a major league club after being a coach for years. He joined the Phillies before the 2018 season as their bench coach after being with the Yankees for a long time, some with Girardi at the helm.

The Phillies began Wednesday in the second National League wild card spot, one game ahead of the San Diego Padres, including three ahead in the loss column. The Phillies are right behind the Atlanta Braves for the first wild card position. 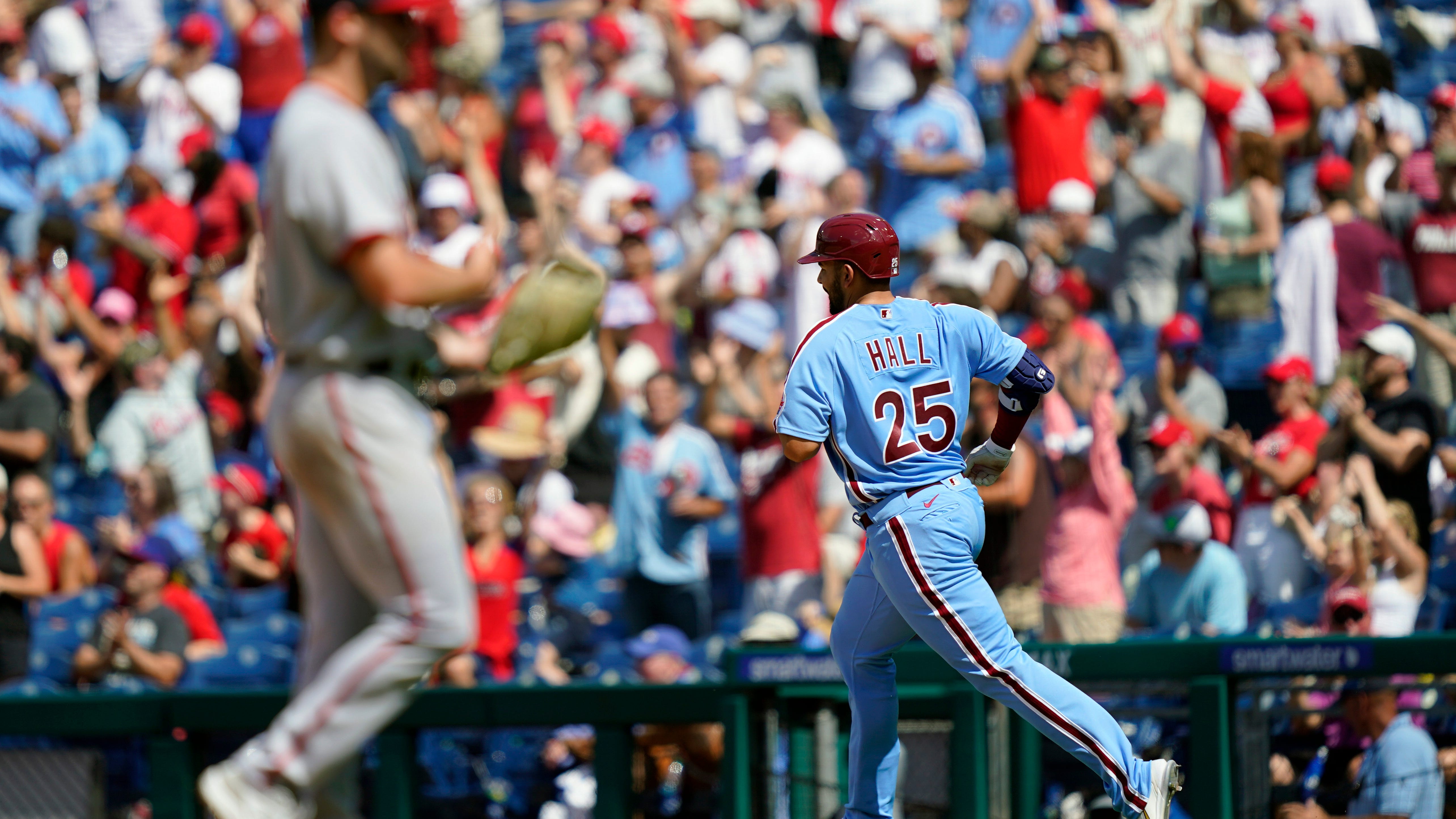