"I think that, and we'll announce official tomorrow, but I think the common sense way to go about it is to have Nola go Game 1 and give Wheeler the extra day rest and have him go Game 2," Thomson told Joe DeCamara and Jon Ritchie on Tuesday's 94WIP Midday Show. "But I'll talk to those guys a little bit tomorrow and we'll come up with it."

Both Nola and Zack Wheeler have been excellent this postseason, but Nola is coming off his lone bad outing where he allowed seven hits and six earned runs in 4.2 innings. Before that, Nola did not allow a playoff earned run over three starts and 19.1 innings. 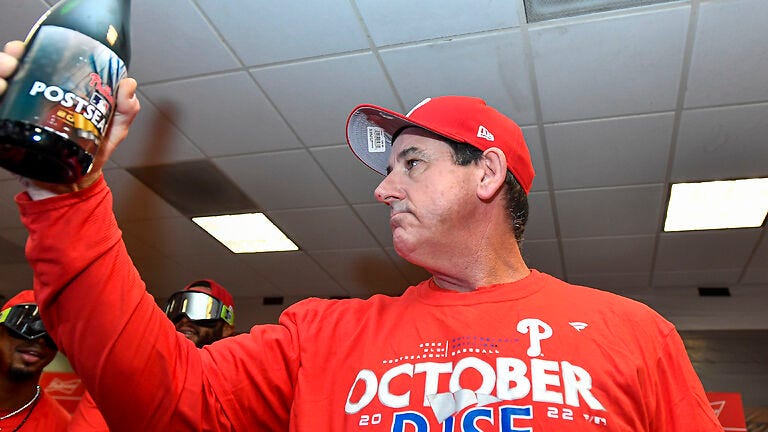 Rob Thomson: Winning World Series with Phillies 'would be one of the greatest feelings I've ever had'