It seems as if Jalen Rose and Chris Webber may finally be on good terms.

On Sunday, Webber was officially announced as part of the 2021 Basketball Hall of Fame class and joined ESPN’s NBA Countdown shortly after the announcement was made.

This meant conducting an interview on the air with Rose, his childhood friend and former “Fab Five” teammate who he has been publicly feuding with for years, dating back to their time at the University of Michigan.

But whatever bad blood had come between them in the past certainly appeared to be gone as the two expressed their appreciation for one another during the segment.

"You made it to the Hall of Fame! ... Well deserved!"@JalenRose and Chris Webber reminiscing after Webber's Hall of Fame 2021 class announcement is so special 🙌 pic.twitter.com/8BU3kocAsP

“I love you, my brother,” Rose said. “Congratulations, Mayce Edward Christopher Webber III. You’re in the Hall of Fame, brother. We played on the Super Friends together. Shout to Curtis Herman, we were 13 years old. Well deserved. Congratulations.”

Webber, who during the interview reminisced about how he and Rose would try and make their old, worn-out shoes look brand new, showed his love for Rose, and his late mother, right back.

“Jalen Anthony Rose — it’s crazy, man,” he said. “Thank God for your beautiful, wonderful mother because you know what she did for me.”

“Thank you, brother,” Rose said back. “I love you. I appreciate you.”

“I love you too,” Webber said.

The bad blood between Rose and Webber began at Michigan, which Rose detailed in his book, “Give the People What They Want,” that he warned Webber to stay away from Ed Martin — the booster whose relationship with Webber resulted in a scandal that led to Michigan’s wins from the “Fab Five” years being vacated.

The two also went back-and-forth over ESPN’s 30 for 30 documentary “Fab Five,” of which Rose had a role in making. Webber did not participate in the film, claiming he was never contacted until the last minute, but Rose and former teammates Jimmy King both say that’s not true.

Webber also criticized Rose’s portrayal in the documentary, which Webber believes was “embellished” to make his friend and teammate look like the star, which prompted Rose to fire back at Webber, calling him “delusional.”

When Webber went back to Michigan for the first time since the scandal in 2018 as an honorary captain of the football team, Rose appeared to compliment his former teammate, but called the move “calculated,” which Webber took issue with.

Webber said Rose was using him to further his own career in the media, which drew a response from Rose.

"I don't need to talk about him to further my career."

-@JalenRose responds to Chris Webber's comments about him and the Fab Five pic.twitter.com/jGZ71RbEP8

It is possible they could have been playing nice for the cameras on Sunday, but it certainly seemed like all their prior problems were water under the bridge and that they’ve finally reconciled — or have at least taken the first steps toward that goal. 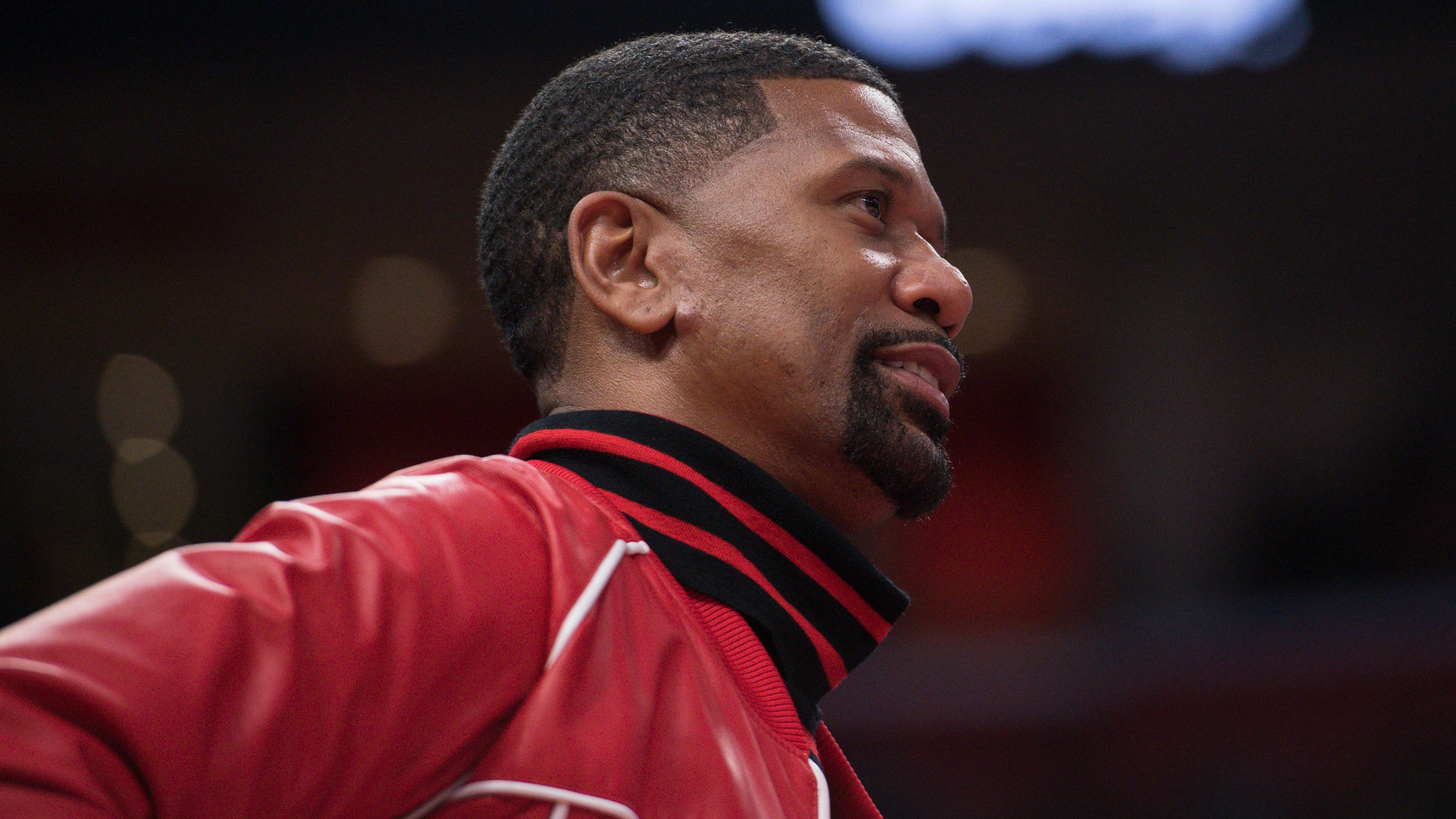