Usually when people say “no disrespect”, it’s either the precursor or response to a disrespectful comment.

Draymond Green dropped a “no disrespect” on Al Horford this week.

Green hasn’t hesitated to take jabs at Boston fans in response to the Warriors’ NBA Finals victory over the Celtics, but, outside of Grant Williams, he largely stayed away from ripping other Celtics players.

That changed this week, when Green took a shot at Horford during a live, crossover episode of his podcast and JJ Redick’s “The Old Man and the Three”.

"It’s easier because we’re not playing LeBron James,” Green responded when asked if it was easier against the Celtics because that group hadn’t been to the Finals before. “They asked me a question in a press conference like ‘How does the IQs rank against Boston versus LeBron' and it’s like shut up. What are we talking about? It’s easier when you’re not playing LeBron James, who is the ultimate mastermind in our game. So you’re not playing that chess match with him. It’s a lot easier to play a chess match against anybody else, but against LeBron it’s different.

As the crowd laughed and Redick quipped that Horford was catching strays from Green, the Warriors forward shrugged.

“Well, Al Horford also did this in Game 1,” Green said while mimicking Horford’s flexing. “Then he did it in Game 6 and I laughed at him and they lost.

For a team that supposedly wasn’t prepared, getting to six games against a team with the pedigree the Warriors boast is decent work, even if they were overmatched in the end.

And the Celtics clearly adore Horford, so they probably would push back on Green’s shots. 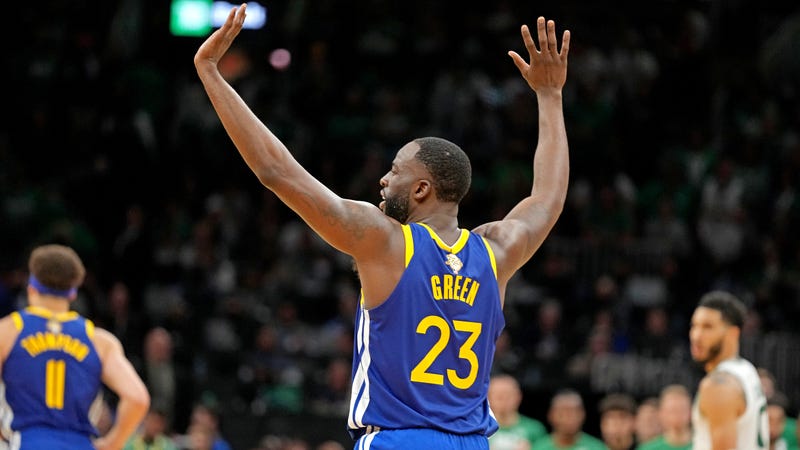 Draymond Green on Celtics fans: 'Quieting those f–ks, that took the cake'