Beyond the fact the Warriors wasted a 50-point game from Steph Curry, Wednesday’s 130-119 loss to the Phoenix Suns felt heavier. That trademark joy of the Dynasty Dubs era is severely lacking.

Warriors coach Steve Kerr admitted as much during his weekly appearance on 95.7 The Game’s “Damon & Ratto” Thursday, as he gave a candid description of the mood on the bench during the game.

The defending champs are winless on the road in eight chances and the body language is bad. At one point, the mic’d up Kerr had to try and rile up the team in an unprecedented fashion, as ESPN cameras caught him saying, “It’s just a pickup game out there. At some point there has to be a collective trust and competitiveness, because everybody’s just trying to do it on their own.”

Steve Kerr on this clip:

"I don’t recall giving a speech like that. ... There was sort of a strange sense of – I don’t know what you would call it, almost like a melancholy. Instead of seeing fire in their eyes, it was sort of this resignation."

“I don’t recall giving a speech like that,” Kerr told hosts Ray Ratto and Whitey Gleason (filling in for Damon Bruce). “It was warranted last night. You could just tell. We were just off-kilter. There was sort of a strange sense of – I don’t know what you would call it, almost like a melancholy. Instead of seeing fire in their eyes, it was sort of this resignation of maybe uncertainty about what was happening or confusion. But we definitely lost our way last night. I’m confident that we’ll find it but it’s gonna take the work for sure.”

As Kerr noted, the champs went through a big rut in the second half last season and doubts swirled whether they’d ever get back to the mountaintop.

“I think last night was extreme,” Kerr said. “We had won three out of the last four games. I felt like we were rounding into form. Last night felt extreme, but don’t forget, we lost nine of 11 games last year in March. We were in a really bad way. Everyone predicted we had no chance to win the title. Obviously, we did a few months later. We righted the ship last year. There’s no doubt that the moment last night, where the cameras caught me in the time out, it was a strange vibe. I didn’t feel that vibe last year when we were in that bad stretch. It was different, it was unique. But every season’s different and every team is unique, so we just have to find our way as a group. As I said, I’m very confident we’ll do that.”

Each game has presented its own pitfalls, but there have been some steady themes throughout the disappointing 6-9 season.

“Our struggles are based on really bad defense,” Kerr said. “Near the bottom of the league in defensive efficiency, fouling. I think we’re dead last in free throws allowed. That has nothing to do with the makeup of the team – young guys, old guys, whatever it is. It’s just the intensity, the attention to detail, we haven’t gotten it yet and we have to keep working to get it.” 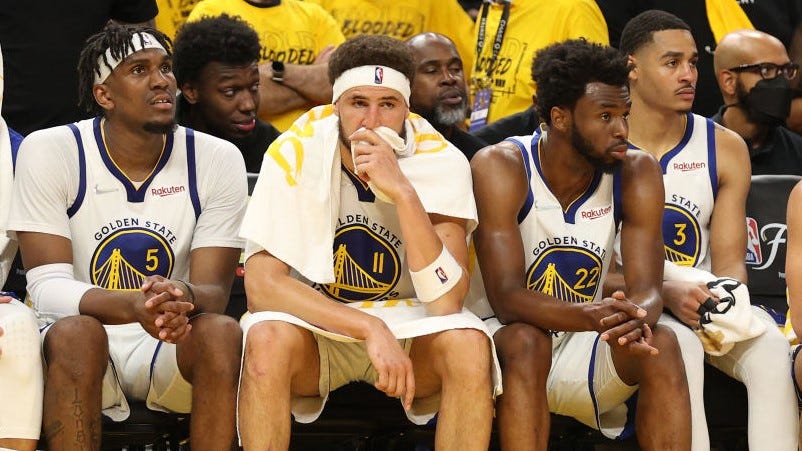