We are heading into Week 13, and suddenly the playoff picture that we once thought was looking settled is starting to get a bit more crowded than we expected. Okay, maybe the late-season surge of the Cincinnati Bengals, the team that was in the Super Bowl last year, should not be a surprise. But who saw the Washington Commanders suddenly riding a 6-1 stretch to sneak into a playoff spot after Thanksgiving?

But now that the turkey has been consumed, your waistline has expanded and the frost is on the pumpkin in the morning (also why do you still have your pumpkin on the front porch, it’s basically December?) we can officially declare ourselves in the playoff stretch! So shoutout your team if they have an easy schedule down the stretch (must be nice Vikings fans). This week, I will include each playoff team’s remaining strength of schedule rank and winning percentage, according to our good friends at Tankathon.com.

1 Seed: Kansas City Chiefs (14-3) AFC West Winner
Remaining SOS: .371 (32nd) Such a rough life for the Chiefs down the stretch, with brutal games against *checks notes* the Texans, Broncos, Raiders and Broncos again for good measure. The real big test will be this week against the Bengals.

2 Seed: Tennessee Titans (12-5) AFC South Winner
Remaining SOS: .508 (15th) Why does it seem like whenever the Titans lose, it’s the beginning of the end, but when they win, it is no big deal? Is that just me?

3 Seed: Miami Dolphins (12-5) AFC East Winner
Remaining SOS: .567 (9th) The Dolphins find themselves in a position that they rarely find themselves in: in control of their own destiny. Can the Tua hype carry them the rest of the way? It might have to, considering their easiest opponent left is the Packers.

4 Seed: Baltimore Ravens (12-5) AFC South Winner
Remaining SOS: .403 (31st) The Ravens are lucky they have such an easy road ahead of them because they look like a classic “you have ZERO shot in the wild card round” type of team. (yes, that is a real thing).

6 Seed: Cincinnati Bengals (11-6)
Remaining SOS: .591 (4th) We swore the Bengals would not sneak up on us again. Now here they are, sneaking up on us like we’re on the hit Fox reality show “Fast Animals, Slow Children.”

7 Seed: Los Angeles Chargers (11-6)
Remaining SOS: .440 (26th) The Chargers can beat bad teams but not good teams, so it is a good thing they have a lot of bad teams left on the schedule or else they would have to earn their playoff spot, which like, no one wants to do that.

1 Seed: Philadelphia Eagles (14-3) NFC East Winner
Remaining SOS: .529 (13th) The Eagles finally, after 10 years, have that Dream Team offense they were supposed to have with Chip Kelly. What is it they say about being late?

2 Seed: Minnesota Vikings (13-4) NFC North Winner
Remaining SOS: .428 (28th) Anyone hoping to avoid giving the Vikings any respect are in luck: The only teams they face the rest of the way with a winning record are the soon to be fading Giants and the who knows what you’re getting at quarterback Jets.

4 Seed: Tampa Bay Buccaneers (9-8) NFC South Winner
Remaining SOS: .443 (25th) Losing Tristan Wirfs is a brutal blow for the Bucs already crumbling offensive line. And despite that, Tom Brady still feels more comfortable behind that line than he does at home with the family. What an indictment.

5 Seed: Dallas Cowboys (12-5)
Remaining SOS: .500 (17th) How Cowboys is it that the best team they have had in a while has to come in a season when the Eagles coincidentally had a team FAR better out of nowhere. Classic Cowboys.

6 Seed: Washington Commanders (11-6)
Remaining SOS: .600 (3rd) Whoa, where did these guys come from? The Commanders have built a wave of momentum on the back of a pretty soft schedule, yet they are a team no one wants any part of right now.

7 Seed: Seattle Seahawks (10-7)
Remaining SOS: .491 (18th) Getting the doors blown off you by the Raiders at home is a great way to tank national confidence in your ability to win football games.

(2) Titans over (7) Chargers
As long as you need to beat good teams in the playoffs in order to advance, the Chargers are out of luck.

(3) Dolphins over (6) Bengals
Brian Baldinger thinks Mike McDaniel is already an elite head coach. We will find out how true that is, but also find out just how improved that Dolphins pass rush is.

(5) Bills over (4) Ravens
The battle of slowly collapsing teams, the Ravens are a bit further ahead in their fall so they get the loss

(2) Vikings over (7) Seahawks
Reality bites Seattle. There is a reason no one called Geno Smith.

(3) 49ers over (6) Commanders
The Commanders are not going to fool the 49ers in the opening round. This should be a shutout.

(5) Cowboys over (4) Bucs
The Bucs’ crumbling health is the Cowboys’ gain as Jerry Jones tries to overhype the fact that he beat Tom Brady in the playoffs, ignoring the fact that there is no sport in beating a wounded Bucs team.

(3) Dolphins over (2) Titans
The Dolphins look like they could be the fun team to follow in the playoffs, and this high-flying offense will be able to do just enough to keep the game out of the Titans’ hands.

(1) Eagles over (5) Cowboys
“Sean Payton, Jerry Jones is on the line for you…” says Payton’s assistant halfway through the 3rd quarter.

(2) Vikings over (3) 49ers
Moving on from Jimmy G becomes a lot easier after losing to the guy he, well, “replaced.”

(1) Chiefs over (3) Dolphins
I am chalking this one up to experience, which does matter in games like this. Sure, that same thing was said about the Chiefs last year going into their matchup with the Bengals, so let’s not bring that up right now, as it is devastating to my narrative.

(1) Eagles over (2) Vikings
“Welp, this could be the end of Kirk Cousins,” we all foolishly say afterwards.

(1) Chiefs over (1) Eagles
The amount of heat coming off these offenses will pale in comparison to whatever Rihanna does on stage during halftime. 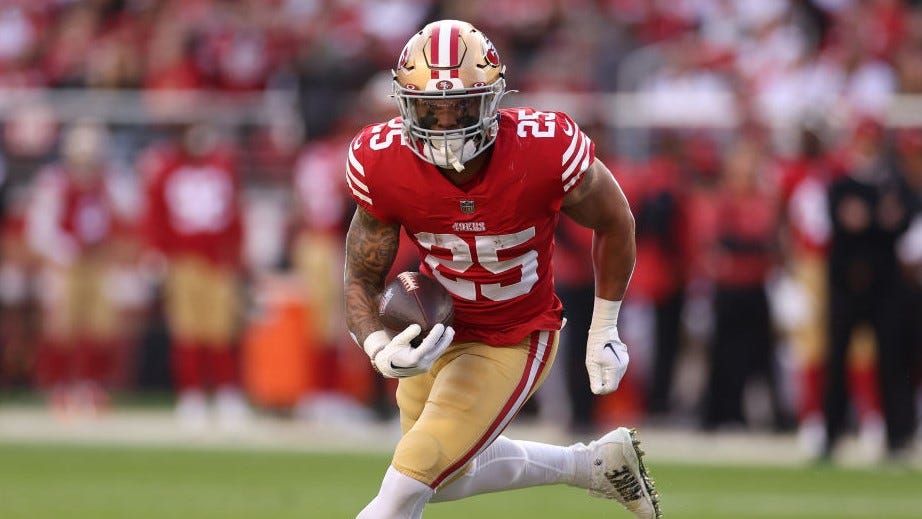