Try as they might, Damon Bruce and Ray Ratto couldn’t get Deebo Samuel to give up any trade secrets during his appearance on 95.7 The Game’s “Damon & Ratto” Wednesday.

The 49ers wide back joined the show to discuss his tantalizing 57-yard touchdown against the Los Angeles Rams on “Monday Night Football” and more.

While other teams have tried to copycat the 49ers’ success with Deebo in a dual rushing/receiving role, he said there’s only one Deebo.

“There’s not another guy in this league that has the mentality and the mindset that I have when I have the ball in my hands,” Samuel said. “We got a lot of great guys with the ball in their hands. Everybody has their own mentality, but my mindset, mentality I go out there with, week in, week out, I think it's unmatched."

So no Cordarrelle Patterson or Chase Claypool comparisons, please.

Samuel’s touchdown was his first breakout moment so far this season, after put together one of the most unique campaigns in NFL history. Deebo led the NFL with 18.2 yards per reception (77 catches, 1,405 yards) and set an NFL record for wide receivers with eight rushing touchdowns.

On the way to the end zone Monday, Samuel also broke a light arm-tackle attempt from Jalen Ramsey at the 25-yard line in the open field.

Deebo didn’t even offer an answer when asked by Bruce, “Think Jalen Ramsey’s ever gonna try to grab your ankle again?

He just let the question hang in silence.

Samuel did enjoy hearing some praise from Jerry Rice, though, who said Deebo reminded him of a younger No. 80.

“That’s a blessing,” Samuel said. “Whenever I get the chance to talk with Jerry, we always communicate all the time, whenever we get the chance. It’s just great to hear something like that coming from a great.” 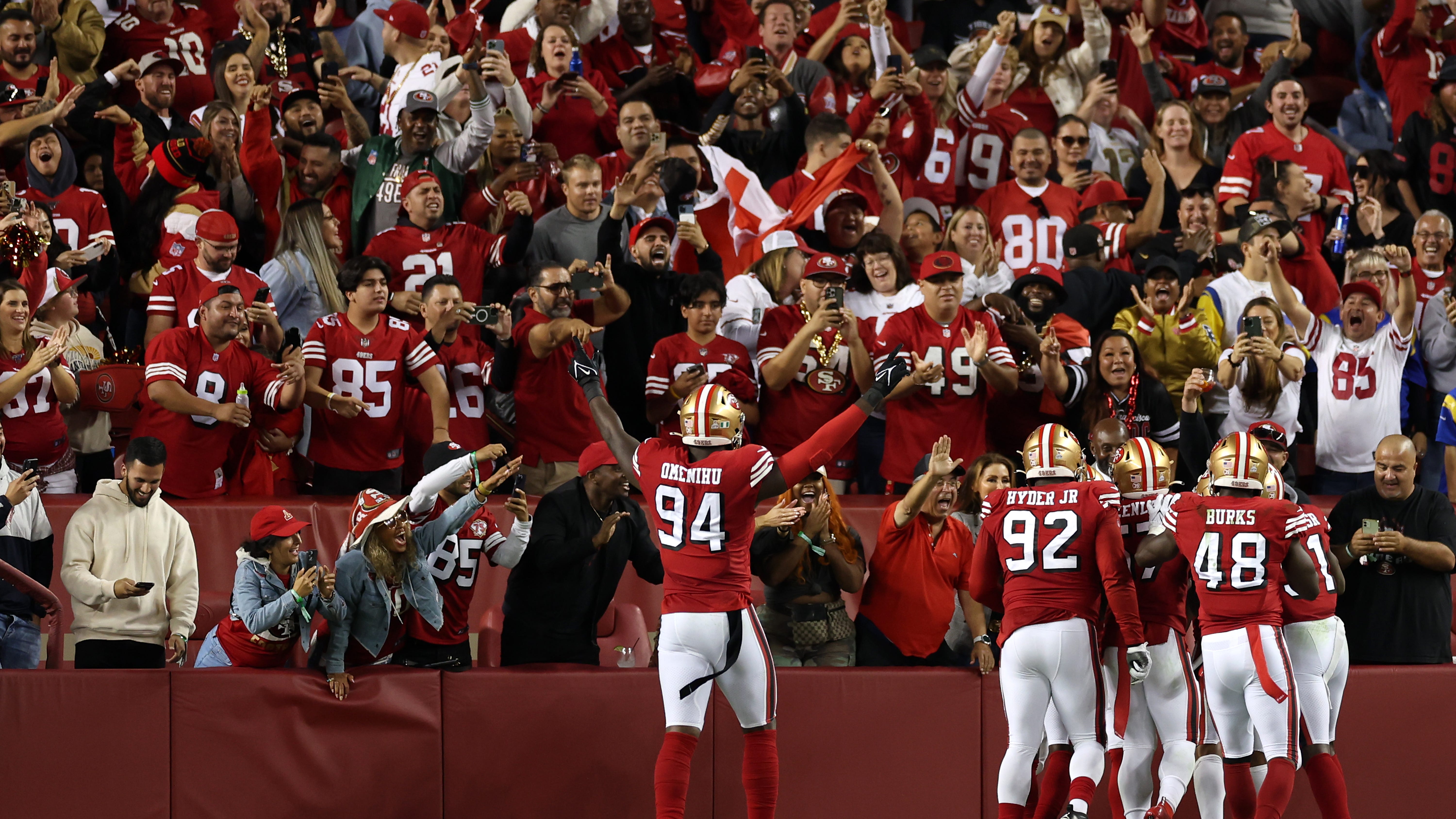