The Deebo Samuel express has been derailed for at least one week as the wide receiver/tailback deals with a groin injury. The special 49ers offensive talent has been ruled out for Sunday’s contest against the Seattle Seahawks.

49ers coach Kyle Shanahan met with reporters Friday and did leave the door open for linebacker Fred Warner (hamstring) to play this weekend, though. Warner, who has never missed a start in his three-plus year career (62 games), is listed as doubtful and could lobby his way onto the 53-man roster. Earlier this week, Shanahan said Warner would miss at least one week, but that has changed with Warner’s quick recovery.

“It is doubtful, but Fred is trying as hard as he can to go,” Shanahan said. “Won’t put it past him, but he’s going to do some hard convincing.”

Warner isn't playing up to his All-Pro standards of last season and admitted earlier this year he felt the heavy expectations that come with a $95 million contract. Still, he anchors the middle of the defense from his position and leads the 49ers with 55 tackles.

Ultimately, the decision will probably lie in the hands of the 49ers training staff, but it’s encouraging that Warner is at least making it a conversation. If Warner is unable to go, Shanahan said linebacker Azeez Al-Shaair will take the headset in his helmet and direct the 49ers defense.

Along with Samuel, linebacker Dre Greenlaw (groin), defensive tackle Maurice Hurst (calf) and running back Trey Sermon (ankle) are also ruled out for Sunday. Linebacker Marcell Harris is questionable as he goes through concussion protocols, so the 49ers linebacking corps could be very thin against the Seahawks. 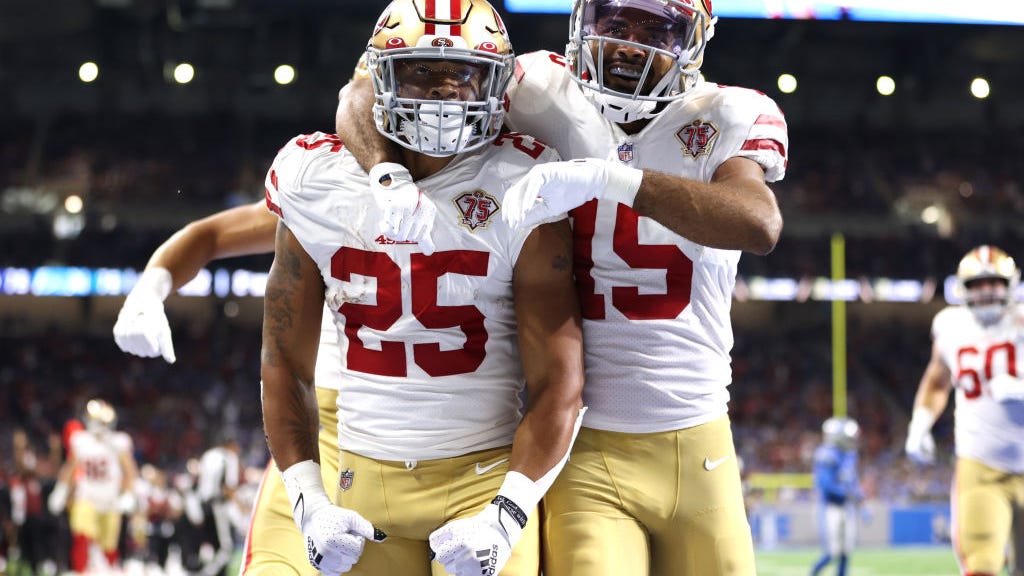