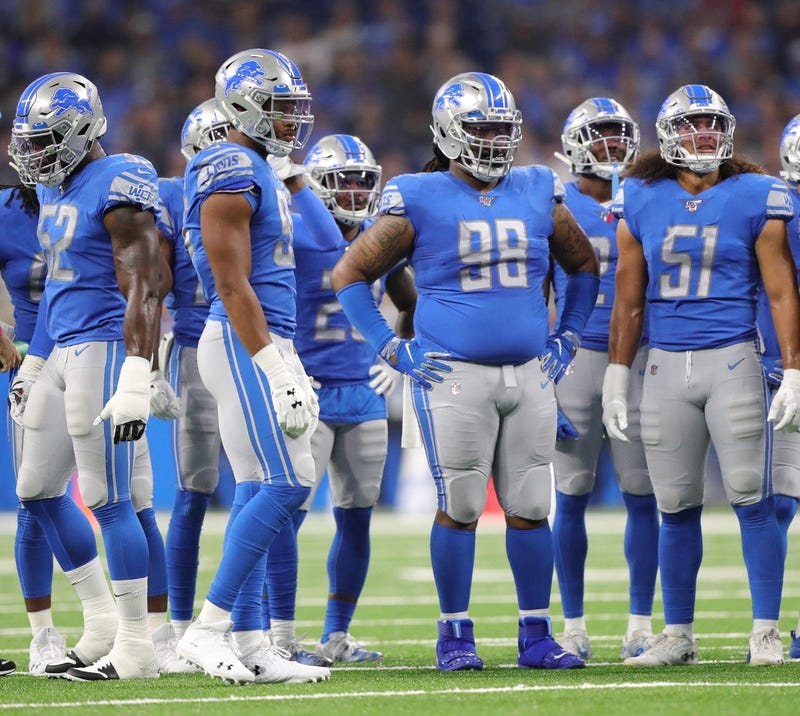 At the middle of it is Damon Harrison, the nose tackle who acknowledged on Monday that Detroit's defense hasn't come close to fulfilling it potential.

"It’s very disappointing, especially having the guys that we have in the room. And it really starts with me up front," Harrison said. "I have to do a better job in the middle and getting some of those plays that I’m used to making that I’m not making this year. "

After yet another ugly performance in Sunday's 42-30 loss to the Vikings, one that linebacker Devon Kennard deemed "ridiculous," the Lions rank second-to-last in the NFL in total defense. They've been especially bad against the run, allowing 4.9 yards per carry and nearly 140 yards per game.

It's a stark 180 from the second half of last season, when the Lions built a wall against the run and finished 10th in total defense. Their surge was triggered by the acquisition of Harrison, who stuffed rush after rush and racked up 50 tackles over 10 games. He has just 15 tackles in six games this year.

Harrison, who signed an $11 million extension in August, said this is the most frustrated he's been in his eight-year career. He skipped OTAs and minicamp as he angled for that payday, and played sparingly in training camp and the preseason as a result. He admitted that might be one of the reasons for the dip in his production thus far in 2019.

"There’s a lot of things you can blame it on, and that’s one of the things. Obviously I missed a lot of the preseason, but I’ve been playing football for a long time and the game hasn’t changed," Harrison said. "I just have to get better, and get better fast."

Harrison is far from the only culprit for Detroit's slow start on defense. The other big names on the D-line, most notably $90 million free agent acquisition Trey Flowers, haven't carried their weight, either. Meanwhile, injuries have kept Mike Daniels and Da'Shawn Hand off the field. Undrafted rookie Kevin Strong has arguably been the most consistent member of that unit, which says a lot about the players around him.

For the Lions to get their season back on track, Harrison said the defensive line "has to" turn things around.

"It’s not a secret," he said. "Everybody knows we have to improve and improve fast. There’s been a lot of conversations between each other. We just have to get it done."

The Lions have allowed over 100 rushing yards in every game this season, and over 160 in their last two. They've fallen to last place in the NFC North since a 2-0-1 start.

Asked about the level of concern on the defense, Harrison said, "Nobody’s panicking. We have a long season ahead of us. We can’t look back in the past and we damn sure can’t look back at what we did last year. It's a new year. The offenses get paid too. They’ve done a pretty good job of scheming up some runs, and things we aren’t doing well, they’re exploiting them."

Known for swallowing up running backs, Harrison hasn't made many of those plays this season. He said teams are paying him extra attention, but acknowledged, "That hasn’t stopped me in the past, and I don’t see why it should stop me now."

Certainly, by this point in the season, Harrison was expecting much more out of himself -- and the run defense as a whole.

"Especially when my entire career that’s the only thing I’ve been known for, to see the numbers where they are is very disappointing," he said.

Harrison gave the Lions a scare when he briefly left Sunday's game with a groin injury, but said on Monday he's "fine." And he said he's felt like himself throughout the season.

But he hasn't looked like himself, nor has the Lions defense looked like it did in the second half of last season. The latter won't change until the former does, and no one is more aware of that than Harrison himself.