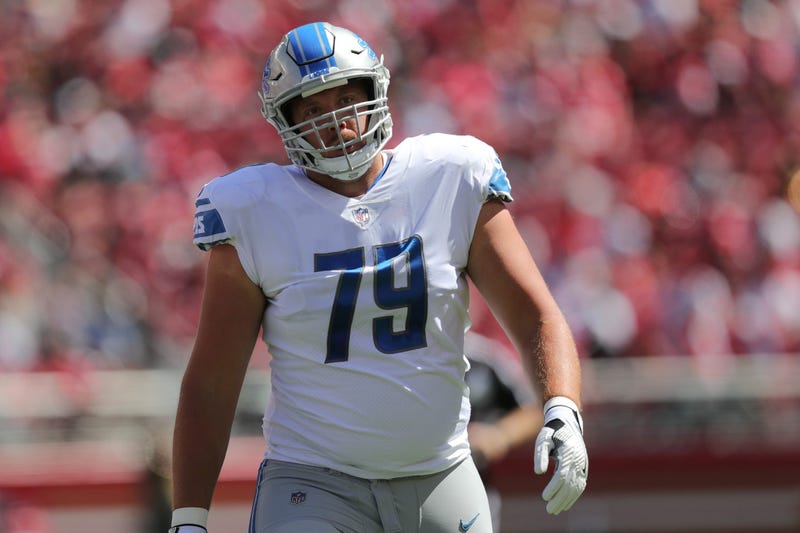 Kenny Wiggins has been in the NFL for nine years. He entered the league during its last lockout -- remember that? Tuesday afternoon was the first time he's ever been called to a podium to address the media.

So he lumbered onto the stage at the Lions facility in Allen Park, smiled sheepishly and asked, "Take it easy on me, alright?"

And then, for most of the next 10 minutes, Wiggins sounded like a natural. He cursed once by mistake, but who hasn't? Towering over the microphone, the 6'6 Wiggins commanded the room with stories about his winding NFL journey.

He was up there because his journey has led him here, on the verge of re-establishing himself as an NFL starter. The job at right guard is up for grabs on the Lions offensive line. Wiggins, 30, has a real chance to claim it.

"That’s a question for (Matt) Patricia and all the coaching staff, but I hope so," Wiggins said. "I wouldn’t be here if I didn’t want to start."&#xA