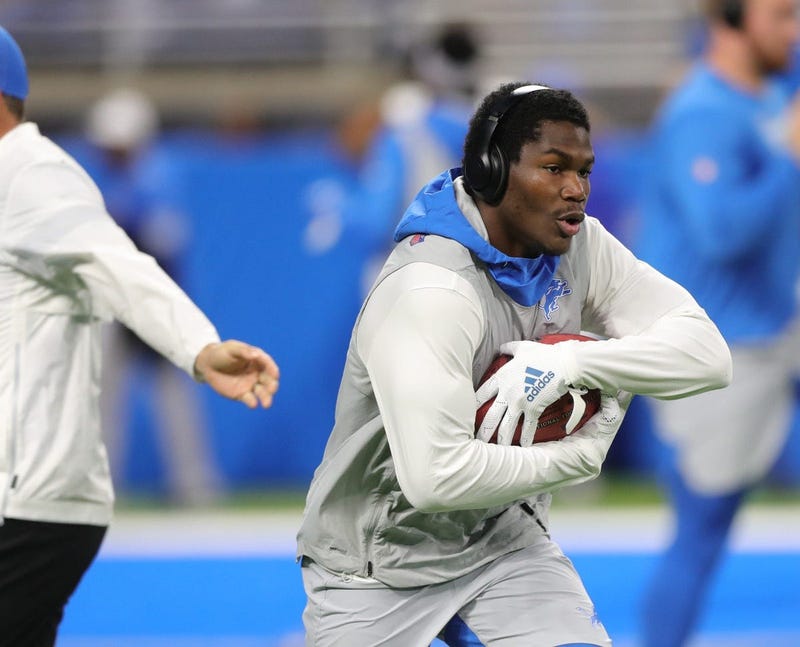 Deadlocked with the Chiefs in the third quarter, the Lions had first-and-goal from the 1. The ensuing play was a touchdown -- for Kansas City.

Detroit would lose 34-30, and if there was one play that flipped this back-and-forth game, it was Beshaud Breeland taking a goal-line fumble 100 yards to the house.

The guilty party -- well, the guiltiest party -- was Kerryon Johnson, who put the ball on the ground as he tried to fight through a pile and reach for the endzone. When Breeland scooped it up and took it uncontested the other way, the Lions watched a sure lead turn into a seven-point deficit.

"We lost three or seven points, which turned into seven points for them, and we lost by three points. So obviously it hurt," Johnson said. "Big play in the game, we had a lot of momentum going for us, kind of killed it. I take full responsibility for it.”

In an interview with Dan Miller on Fox 2's Lions Game Night show, Johnson said he broke a fundamental rule of the coaching staff. And he vowed it's the last time that will happen.

"Coach tells us never to reach the ball out," Johnson said. "I got stupid at the very end of the play, it wouldn’t have mattered. Just a stupid, young mistake. Won’t ever happen again."

The play was confusing as it was critical. It seemed like it was over when Johnson fell to the turf, either by forward progress or because he was down. The sideline officials approached the pile as if they were blowing the play dead, then the ball squirted free. A whistle never came. As most Lions players let up, Breeland picked up the ball and jogged untouched to the other end zone.

"Everybody just kind of dispersed," he said. "I just tried to run away from everybody and get in the end zone and let the chips falls where they may."

The call stood after review, and NFL senior VP of officiating Al Riveron explained why.

“The officials ruled on the field that they did not see the ball carrier down. They did not see a body part other than the hand or foot down. The ball comes loose and then the ball was picked up by Kansas City, No. 21. He was not touched after he possessed the football. There was no whistle on the play, and he runs it back for a touchdown," Riveron said.

While Johnson made the first mistake, his teammates compounded it by not playing through the whistle. Kenny Golladay, for example, could have tackled Breeland before he set off down the field. Thinking the play was over, Golladay barely approached him. That's what irked Matt Patricia the most.

"Biggest thing for us there is that we have to finish every play," he said. "It doesn’t matter when the ball is out. We have to finish and we have to stay focused, and we also need to take care of the ball. That’s a big part of it. I’ve got to coach that better and make sure that everybody understands in those situations what we have to do.”

Asked if the play should have been blown dead for forward progress before Johnson fumbled, Patricia said, "No, we just can’t lose the ball.”

It was a poor moment in an otherwise strong game for Johnson, who ran for 125 yards and averaged 4.8 yards per carry. Detroit's rushing attack had its best performance of the season, the kind of performance that was expected to be the norm under Darrell Bevell. If not for one key mistake that triggered a strange series of events, it probably would have been enough for a win.

Johnson could only shake his head and admit it.

"Our O-line played excellent. They moved people when they needed to, they played tough, they pass protected well. It was a great game by our team," he said. "Just a couple plays here and there, a fumble, and the Chiefs win."