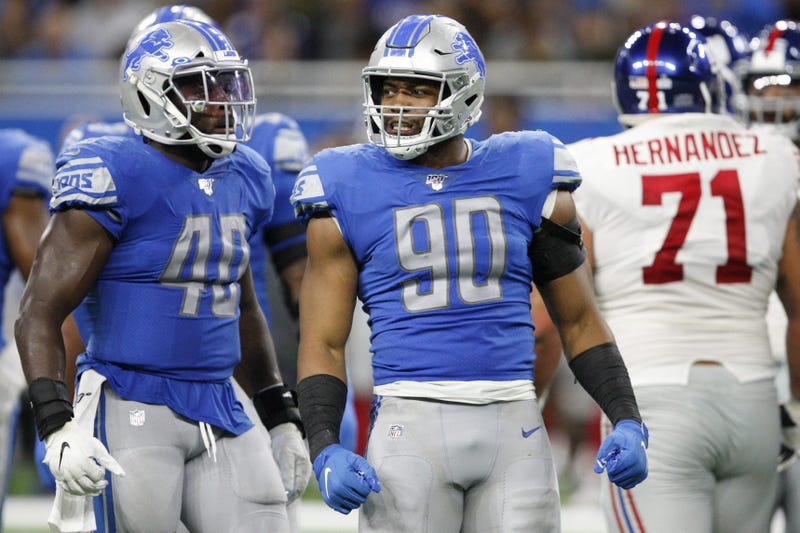 On the Monday following the Lions' 42-30 loss to the Vikings last week, Damon Harrison acknowledged the obvious -- Detroit's defense was letting down the team.

On Sunday following their 31-26 win over the Giants, he was able to breathe a sigh of relief. It wasn't a glittering performance, but the Lions bottled up the run for the first time this season and finally controlled the line of scrimmage with their ballyhooed defensive line.

"It was long overdue. We needed a game like this, and I'm just happy it came against my former team," Harrison said with a smile.

Snacks instantly transformed the Lions defense upon his arrival last season. They smothered the run down the stretch, fueling expectations for this season. Then they allowed over 100 yards on the ground in each of their first six games. They entered Sunday second to last in the NFL in total defense.

Finally, the Lions answered the bell. They held Barkley to 64 yards rushing, and the Giants finished with just 80 overall. The defensive line, buoyed by the return of Da'Shawn Hand, for the most part looked like the force it was expected to be.

"We had a conversation among ourselves and just said it was time to make a change. Guys needed to be more aggressive, myself included, and we just needed to cut down on the mental mis