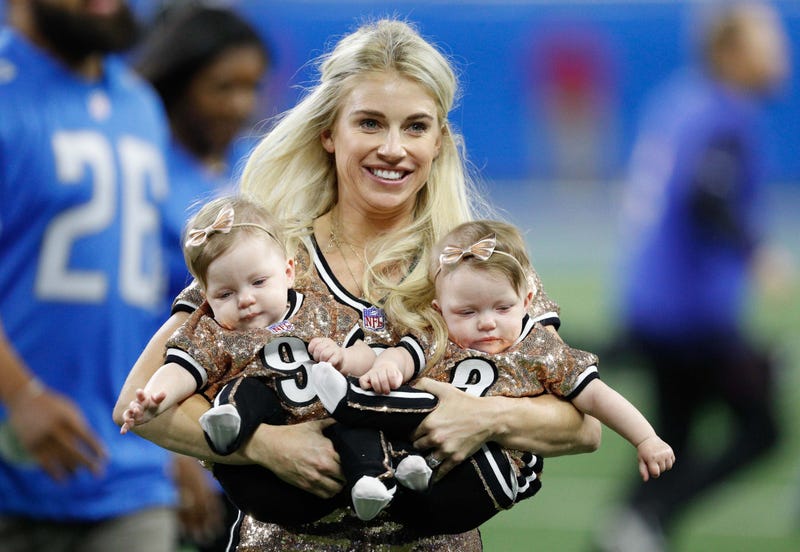 Typically around this time of year, Matthew Stafford is at the Lions facility leading his teammates through offseason workouts and running informal drills with the offense.

Circumstances this year are obviously different.

Stafford's wife Kelly announced two weeks ago that she has a benign brain tumor and would undergo surgery to remove it.

"Please pray for Matthew as I know his nerves will be high during this surgery," Kelly wrote in an Instagram post. "I couldn’t imagine being out in that waiting room."

Little has been heard since, but Lions center Graham Glasgow, who has been teammates with Stafford since 2016, offered a positive update on the situation during a press conference Tuesday afternoon. He said he's reached out to his quarterback a couple times in the wake of the news.

"When Kelly posted about it on Instagram and you guys had picked it up and wrote about it, I sent him a text and I recently talked to him about it (again). He seems like he’s doing well and I think their family’s doing well," said Glasgow.

At the same time, Glasgow's trying to keep his distance.

The Lions started their offseason conditioning program on Monday in Allen Park. Without Stafford at the facility like he normally is, numerous players are trying to fill the void.

"I think that a lot of guys have kind of taken that role upon themselves," Glasgow said. "It’s hard to replace Matthew. I mean, it’s really hard to touch upon this situation. It’s a really tough time for him and his family. Him and Kelly are extremely tough people.

"This is something that is bigger than football, so it’s just something that I feel like we’re all taking upon ourselves to make sure that we are getting the team better."

As far as running offensive drills -- something Stafford usually heads up -- Glasgow said it's too early in the offseason to start that kind of work.

Linebacker Jarrad Davis, who also met with the media Tuesday, acknowledged "it's kind of hard" to begin offseason workouts without Stafford.