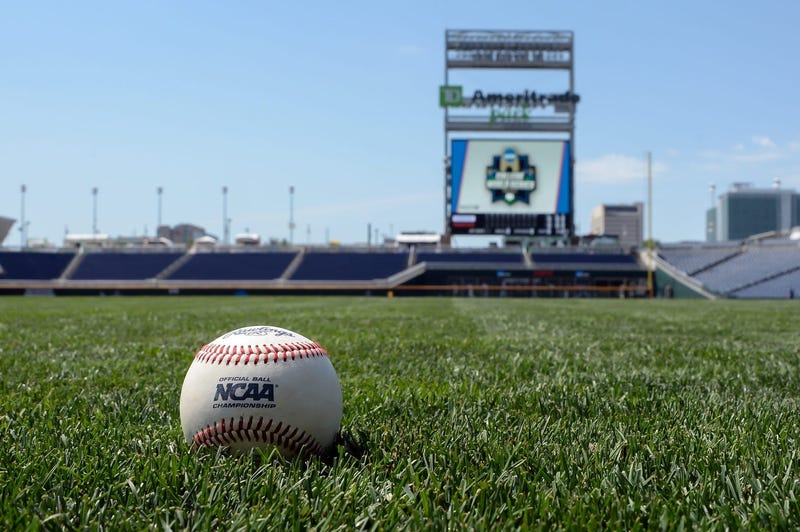 LOS ANGELES (97.1 The Ticket) -- The Michigan baseball team had the program's first trip to the College World Series since 1984 at its finger tips several times Saturday night.

But after an extra-innings thriller -- one riddled with errors and near misses -- ended in heartbreak for the upset-minded Wolverines, they will face top-seeded UCLA for a third time Sunday night with the winner earning a trip to Omaha.

Michigan held the lead for much of the game Saturday, thanks to a two-run home run from catcher Joe Donovan in the second inning that put the Wolverines up 3-1. The Bruins got one back in the sixth and tied things up in the eighth inning with a solo shot from Michael Toglia.

Things were looking bleak for Michigan after left fielder Christian Bullock dropped a fly ball near the warning track with two outs, allowing a run to score, giving UCLA a 4-3 lead heading to the bottom of the ninth. After getting one back with a sacrifice fly, Michigan came within inches of advancing to Omaha when Donovan flew out to the warning track in left center field, sending the game to extra innings.

The Wolverines flirted with danger in the 11th inning, committing three errors in the top of the inning, but they were able to escape the inning unscathed, still tied 4-4.

The errors finally caught up with Michigan, as the No. 1 national seed pushed across a run in the top of the 12th inning after yet another infield error. Michigan was able to get out of the inning with a diving catch in center field, doubling off the runner at first base to end the inning.

The Wolverines threatened with a runner in scoring position in the bottom of the inning, but Jordan Nwogu bounced out to shortstop to end the game.

A decisive third game is set for 9 p.m. ET on ESPN 2, with the winner securing a spot in the CWS.