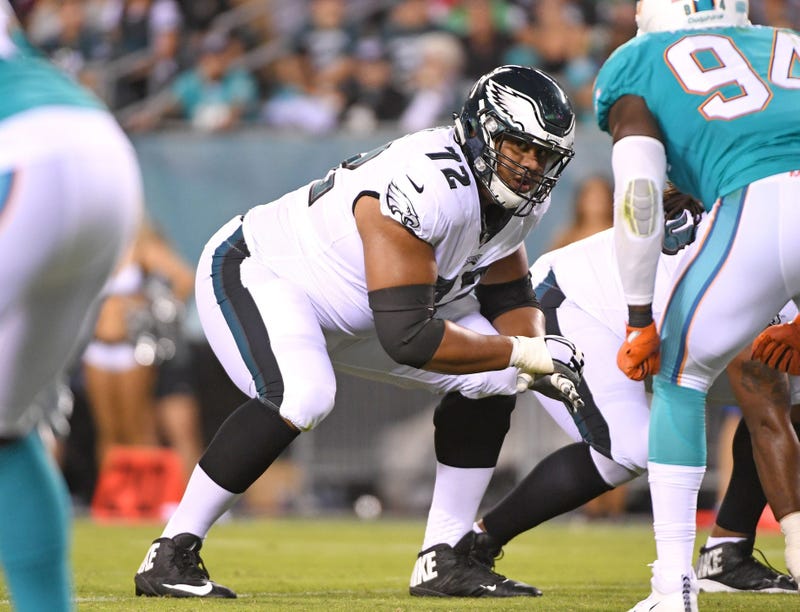 If you weren't thrown by his name when the Lions signed Halapoulivaati Vaitai -- that's 'Hal-lah-poo-lee-VAH-tee,' for starters -- you were probably thrown by the money. Vaitai got $45 million over five years from Detroit, despite starting just four games over the previous two seasons for the Eagles. Now he's one of the 10 highest-paid right tackles in the NFL.

It seemed like a reach by the Lions, at first glance. And the onus remains on Vaitai -- that's 'VIE-tie,' by the way -- to live up to the deal. If he doesn't play at a Pro Bowl-caliber level, he'll likely be labeled a bust. That's how these things go.

Now for the context.

Vaitai was mostly a backup in Philadelphia because he was playing behind a pair of All-Pro tackles in Lane Johnson and Jason Peters. Still, he played in 16 games each of the last three years, logging snaps at every spot on the O-line other than center. And when Peters tore his ACL midway through the 2017 season, Vaitai started the final 10 games at left tackle and eventually helped the Eagles win the Super Bowl.

So when he hit the open market last week, the 26-year-old had plenty of suitors.

"I played all positions in Philly, and it really helped me on the free agent market," Vaitai said on a conference call with local media Wednesday.

Vaitai is slated to start at right tackle for the Lions, after they released Rick Wagner. He's a well-regarded run-blocker, which a) separates him from his predecessor and b) jibes with what the team wants to do offensively. Not to mention, Detroit values versatility on the O-line maybe more than any team in the NFL. There's some more context around its decision to spend big on 'Big V.'

"Especially knowing that I can play all positions, I guess it really helped the stock a little bit," said Vaitai. "And to be able to be a part of the Detroit Lions, I can do the same thing. I have a lot of experience under my belt across the line, so wherever they need me I can help the team."

This isn't to say Vaitai will be an immediate upgrade over Wagner. He struggled in pass protection in Philadelphia, and he'll have to learn a new offense in Detroit. But Wagner, 30, was beginning to decline. The belief is that Vaitai is headed the other way.

It's up to him to prove the Lions right.