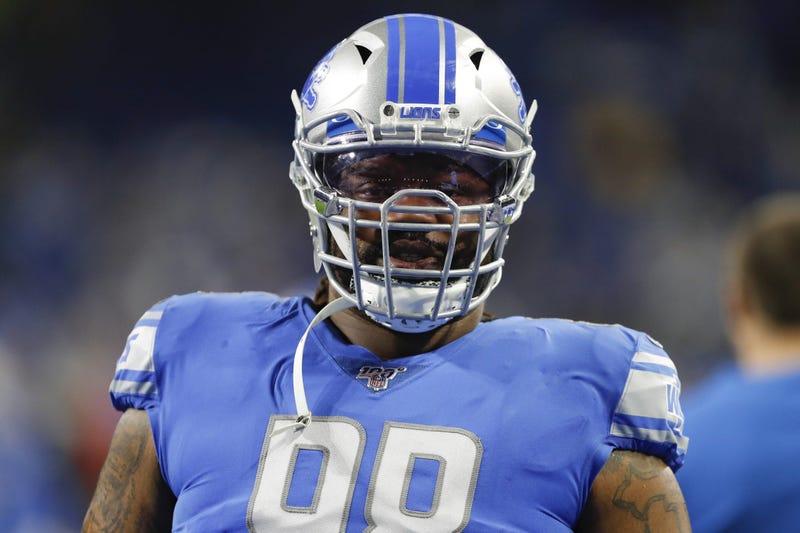 Damon Harrison wiped the tears from his face that he couldn't hold back, and looked himself in the eye. The player he was this season is not the player he's been. And if that's the player he'll be for the rest of his career, he's ready to retire.

That's what Harrison decided after the Lions' season-ending loss to the Packers on Sunday.

"It’s been tough," he began. "Fought through some injuries all year and wasn’t able to..."

Harrison's voice trailed off. The lump in his throat cracked. He sniffled, apologized and pulled a towel over his face, holding it there for several seconds. Then he gathered his emotions and went on.

"And wasn’t able to ever get back to the form that I’m used to. I got too much pride, man. I've been doing this too long. If I can’t be the player that I’m used to being, I think my teammates deserve better, my family deserves better, the fan base deserves better," Harrison said. "I never cheated the game a day in my life, man."

He dipped his head again and brought the towel back to his face. It was another 20 seconds or so before he could summon more words.

"My mind still tells me I can do it," Harrison said, "but my body’s just not there."

Harrison, 31, hasn't made a final decision. He was clear about that on Sunday. He intends to think on it this offseason, and maybe he'll think differently once the emotions of a frustrating season subside. He dealt with groin and knee injuries for much of the year and was a shell of the player he was last season after the Lions acquired him in a trade with the Giants.

"Physically, man, all year I’ve just been hurt and it’s been something new every week," he said. "And I’m really just tired of trying to fight through it."

Harrison was so good in 2018 that the Lions gave him an $11 million extension prior to this season that keeps him under contract through 2021. He was supposed to be the anchor of what was supposed to be a dominant defensive line. None of it came to be, and now it's unclear if Harrison will be here in 2020.

"Nobody’s more disappointed about this season and my performance than I am," Harrison said. "I’m hard on myself, man. Like I said, I’ve given everything to every team I’ve played for, and I don’t feel bad if that’s the decision. I’ve got a lot of thinking to do this offseason. I’m going to seek some different options and try to figure it out.

"But if I can’t be that guy that I want to be, that I know I can be, then I gotta hang it up because everybody deserves better."