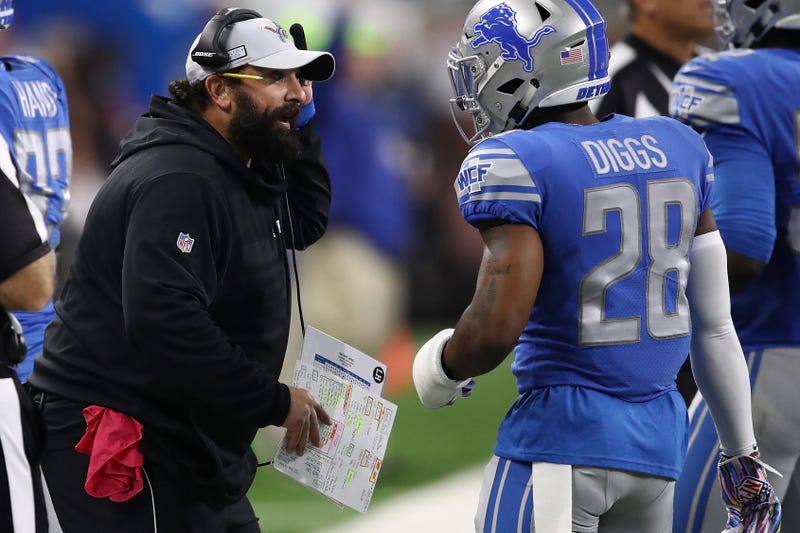 When the Lions traded Quandre Diggs last month, seemingly out of the blue, there was one immediate question: Why?

Diggs thinks he may have the answer. His strong personality was no longer welcome in Matt Patricia's locker room.

Detroit sent Diggs, who was named a co-captain at the start of this season, and a seventh-round pick to the Seahawks for a fifth-round pick. Diggs said shortly thereafter that he was "blindsided" by the move. So were many others. His play had slipped this year, but he was still one of the leaders of Detroit's defense.

Diggs said he doesn't bear the Lions any "ill will," and that he's happy where he ended up.

"I’m at a new organization that respects the players, they respect your personality and the people that you are. I’m just happy about my situation," he said. "Those guys, they do what they do, (what) they feel like what’s best for the organization. I don’t fault them, but at the end of the day, I’m good where I’m at.”

Asked about his relationship with Matt Patricia and Lions general manager Bob Quinn, both of whom decided to give him a three-year extension last September, Diggs said, “It is what it is.”

Drafted by the Lions in the sixth round in 2015, Diggs worked his way into a starting role after a move from cornerback to safety in 2017. He thrived over the next two seasons. But he wasn't as noticeable this year, and then he suffered a hamstring injury Week 4 against the Chiefs. He returned two games later against the Vikings, only to be traded the ensuing week.

“It’s different when you’re a team captain, somebody that’s played a lot of games, a lot of games for that organization, somebody that put his body on the line each and every week. Go out there and play with a hamstring that I had already injured, then go back out there, re-injure it just trying to get a division win. It was shocking to me," Diggs said. "I wouldn’t say totally unexpected because things were not great there. But it was definitely a head-scratcher for me at that time, at that moment, with the Lions in the playoff race getting rid of their defensive leader.”

Diggs said there were “just disagreements on how things should be done," when asked what wasn’t going great.

“Just me being the person I am,” he went on. “I’m a vocal guy, so when you’re vocal and when you’re competitive, I’m a competitive guy. I’m competitive as sh*t. I hate losing. I go and I put my body on the line every week doing hella treatment, doing all these other things and at the end of the day it didn’t work out. At the end of the day, I have no ill will towards the Lions, I have no ill will towards anybody, I’m just me, man, and I guess when you yourself sometimes you get singled out. So, I kind of think that’s what it is.”

As for the decline in his play, which was most evident in a rash of missed tackles, Diggs said there's more to it than meets the eye.

“I hear the rumblings about, ‘Oh, he wasn’t playing well,’ blah, blah, blah. Well, … I also wasn’t put in the position that I was put in last year when I was making plays," he said. "It’ll all come out in the end. Like I say, played through injuries, trying to change my personality to fit more in with the program and it changed me as a player, it changed me as a person but at the end of the day I’m just happy to be free and I can be myself and go out and play football or play winning football.”