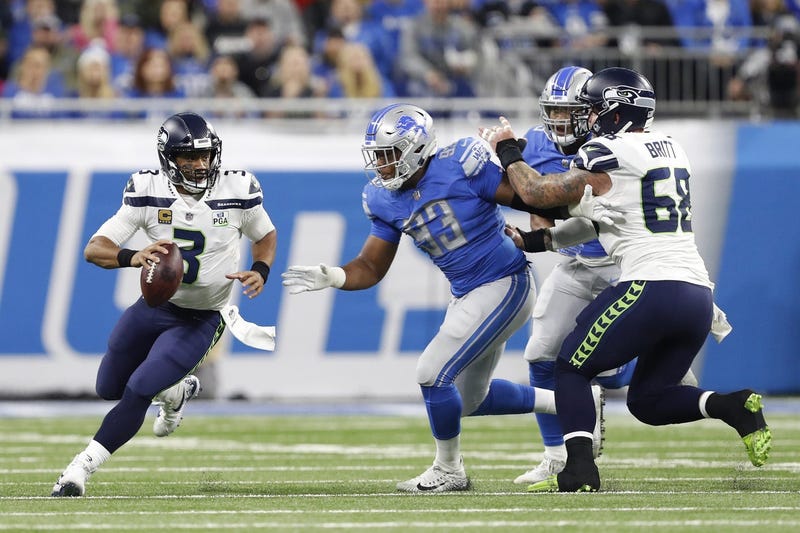 It's been a long couple months for Da'Shawn Hand. No games. Light practices. A lot of uncertainty.

Hampered by an elbow injury he suffered in training camp, he's watched the Lions' first six games from the sidelines.

"I’ve just been working," he said on Friday. "Doing what I’m asked to do, and doing a little extra when I can."

At long last, Hand is ready to return to the field. He practiced throughout this week and was listed on Friday as a full-go for Sunday's game against the Giants.

He was all smiles in the locker room, shortly before the news was announced.

"Go out there and do my job, to the best of my abilities," he said. "I’ve just been trying to do everything right, so hopefully I can succeed at that."

Hand had a terrific rookie season in 2018, establishing himself as a force on Detroit's defensive line. That unit was supposed to be the strength of this team, but the results have been disappointing so far. Damon Harrison said as much a few days ago.

The Lions will hope that Hand can give them a boost -- and Hand is just happy to be back.

On the flip side, cornerback Darius Slay was ruled out for Sunday's game with the hamstring injury he re-aggravated in last week's loss to the Vikings. He was unable to practice this week, so his designation comes as little surprise.

It was an emotional week for Slay, who watched his close friend Quandre Diggs get traded and then sounded off about it on Thursday. Depending on the result of Sunday's game, it's fair to wonder if Slay will be here past the Oct. 29 trade deadline.
“I mean, we always anticipate everybody being here," Matt Patricia said Friday. "We’re just going to go work hard and do everything we can to get better. Absolutely. I mean, I hope I’m here.”

Defensive lineman Mike Daniels (foot) and cornerback Amani Oruwariye (knee) were also ruled out for Sunday. Daniels, another key cog in the D-line, hasn't played since Week 3 against the Eagles.

Meanwhile, Harrison, who suffered a groin injury last week, should be good to go. He was listed as questionable, but took part in a full practice on Friday. Same goes for fullback Nick Bawden (foot).