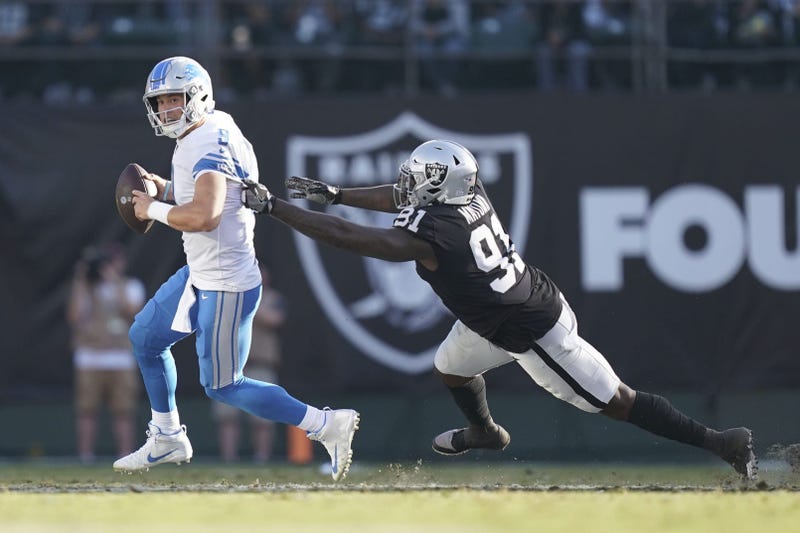 97.1 The Ticket -- Matthew Stafford's iron man streak of 136 consecutive starts -- the sixth longest streak for a quarterback in NFL history -- will come to an end Sunday, according to multiple reports.

Adam Schefter of ESPN says doctors will not let Stafford play through a back injury, which has been ailing him for several weeks, Sunday in Chicago.

Stafford has been on the team's injury report with the back injury, a well as a hip issue in recent weeks. Schefter reports the Lions veteran has fractured bones in his back and it is not clear how long he will be out.

Matthew Stafford had started 136 consecutive regular-season games entering today, the 6th-longest streak for a QB in NFL history. The last Lions’ QB to start a game other than Stafford was Shaun Hill, in Week 17 of the 2010 season, when he beat the Vikings 20-13.

Jeff Driskel will start for the Lions, becoming the first QB other than Stafford to make a start for Detroit since Shaun Hill filled in for an injured Stafford in Week 17 of the 2010 season.

The Lions signed Driskel in September when they released backup Josh Johnson. Driskel made five starts for the Bengals last season, throwing for six touchdowns, two interceptions and 1,003 yards.

Driskel played his college ball at Florida, where he started one full season in 2012, when he threw 12 TDs and five picks en route to an 11-1 regular season and a trip to the Sugar Bowl. Driskel transfered to Louisiana Tech for the 2015 season, when he threw 27 touchdowns and eight interceptions for 4,026 yards.

Tune in to 97.1 The Ticket for pregame Lions coverage. >>> LISTEN LIVE