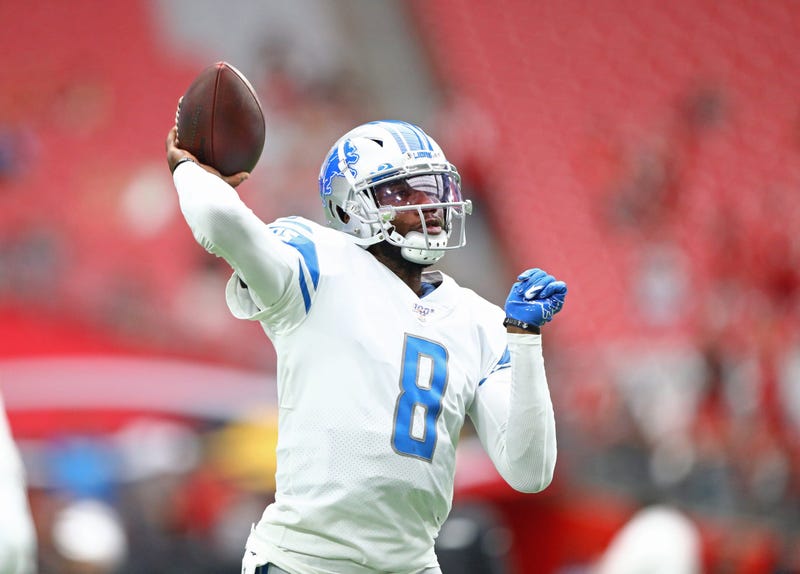 It appears the Lions have decided on a QB of the future.

The Lions released veteran Josh Johnson on Tuesday, according to Adam Schefter. This opens the door for rookie David Blough, acquired in trade with the Browns last month, to become the full-time backup.
The Lions also signed quarterback Jeff Driskel in a corresponding move, according to Justin Rogers. Driskel, a sixth-round draft pick of the 49ers in 2016, spent the past three seasons with the Bengals. He replaced the injured Andy Dalton for the final five games of last season and threw five touchdowns to two interceptions.

Johnson, 33, was signed during training camp after the Lions lost Tom Savage to concussion. He showed some good flashes during the preseason and backed up Stafford for Detroit's first two games.

But the Lions might be ready to move on to Blough. The Purdue product piled up 3,705 yards last season, which ranked second in the Big Ten and 11th in the country, and threw 25 touchdowns to 10 interceptions. He signed with the Browns in May as an undrafted free agent.

It's been a long time since the Lions had a steady backup at the quarterback spot. GM Bob Quinn has cycled through three players the past three seasons in Dan Orlovsky, Jake Rudock and Matt Cassel.

He told reporters last month he'd like to find a long-term solution.