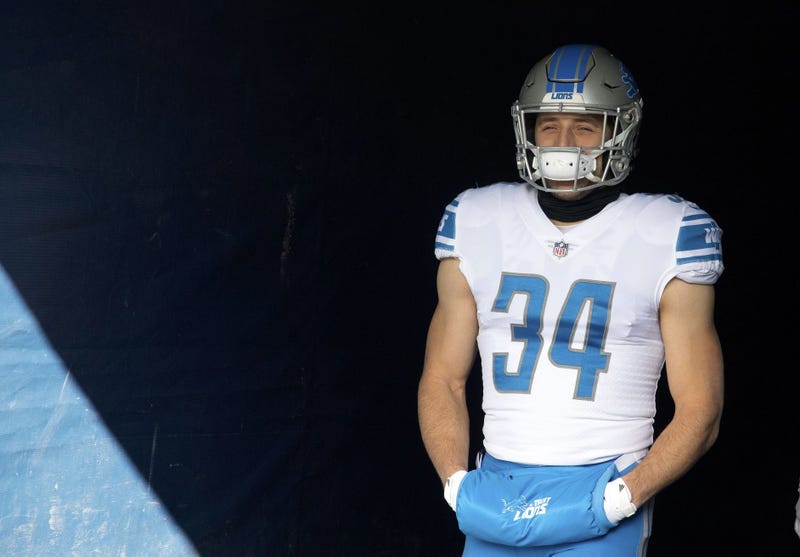 In a surprising move, the Lions released running back Zach Zenner on Tuesday.

The veteran, who re-upped with Detroit on a one-year deal after a strong finish in 2018, figured to be the team's third option in the backfield this season, behind Kerryon Johnson and C.J. Anderson.

Instead, it appears the Lions will roll with a trio of Johnson, Anderson and rookie Ty Johnson, plus fullback Nick Bawden. Johnson, a sixth-round pick out of Maryland, has flashed his elite speed in training camp and caught a touchdown in the third game of the preseason.

Bawden was a seventh-round pick last year who missed all of 2018 with a torn ACL. A terrific run blocker, he fits Detroit's new scheme under offensive coordinator Darrell Bevell.

There's also a chance the Lions could keep Mark Thompson in the backfield, given his success in the preseason. The 6'1 bruiser has rushed for 80 yards and two touchdowns, both tops on the team.

Then again, Zenner was the leader in yards per attempt (5.1). He also scored three touchdowns and averaged 4.7 yards per attempt over the final four games last season. None of that was enough to keep him on the roster.

In all likelihood, the Lions will use Zenner's spot to add depth at a different position, as they have injuries at both offensive line and linebacker.

Detroit has until Saturday to shave its roster from 90 players to 53.