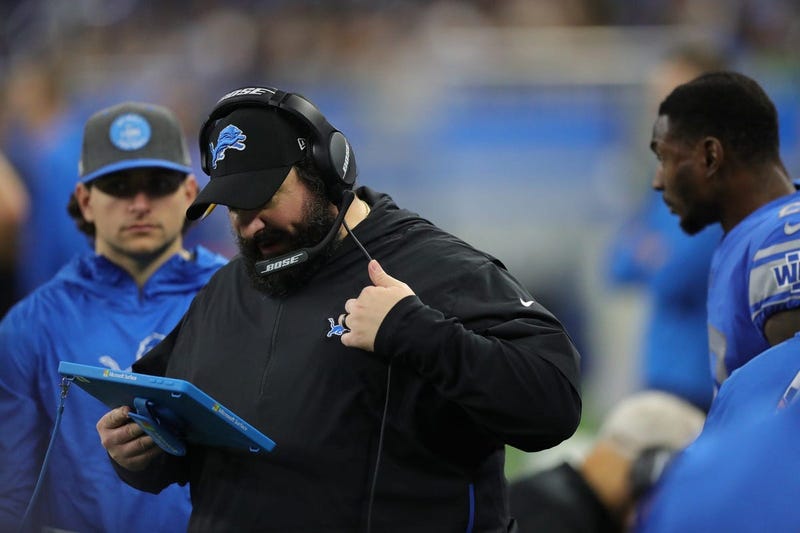 The Lions defense got the start it wanted on Sunday when linebacker Jahlani Tavai picked off Jameis Winston on the Buccaneers' first drive of the game. And then it was back to normal.

Tampa Bay went 79 yards on eight plays on its second drive, then 99 yards on five plays on its third to take a 14-0 lead before the end of the first quarter. By then, Matt Patricia had seen enough.

He gathered his defense on the sideline and laid into them with just about everything he had. It was maybe his most animated public moment as head coach of the Lions.

"Obviously I was not happy with where we were at and how we were starting," Patricia said afterward. "I don’t think they were happy with it either. I think they understand that and there are certain things that we have to do from that aspect just to settle things down, and go out there and do what we’re supposed to do and not try to do something else.

"Play aware, know who their players are, know where they’re lined up. We can’t have that happen. I was in a situation where I was not happy, I think the players know that, and I don’t think they were happy, and we needed it to stop. We made the proper adjustments. I thought we did get it stopped for a little while. I thought that was good.”

To their credit, the Lions forced a punt on two of the Buccs' next three drives. Of course, they surrendered a touchdown on the other. Tampa had a 21-3 lead and well over 300 yards of offense by halftime. Winston finished the day with season-highs in yards (458), touchdowns (4) and passer rating (124.9).

Asked what was said in the fiery huddle that ensued, Damon Harrison said, "I'll leave that to Coach, but I want to say we just didn't execute." He also blamed himself for allowing Peyton Barber to gain four yards on the second play of the drive.

"Gave them the space they needed to make a pass down the field and get out of that bad spot, so the majority of that was on me," Harrison said. "I wasn't where I was supposed to be."

That's Harrison's way, to stand up and take responsibility. But this larger mess is on Patricia, who might be running out of time to clean it up.