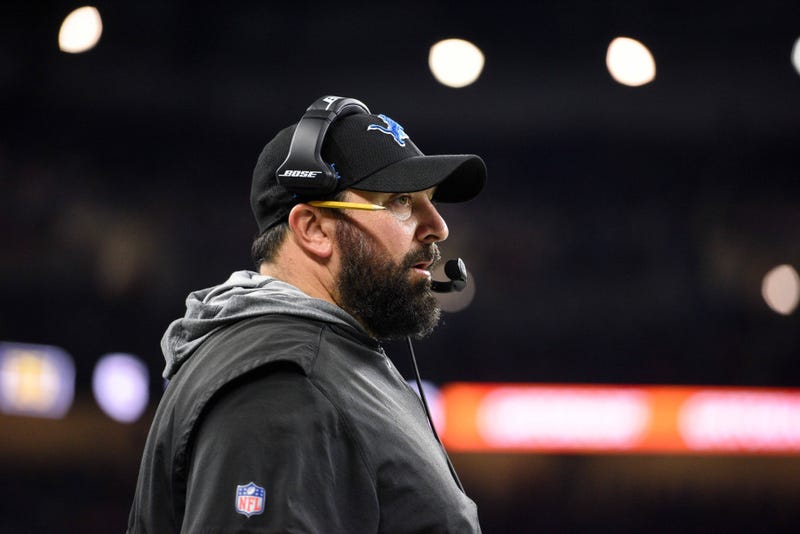 On a day the Lions defense played their hearts out, on a day they showed their mettle and their muscle, they needed one more stop against Patrick Mahomes and the Chiefs.

It was a reminder of what makes Mahomes so special. Take away his arm, and he can burn you with his legs. Guard against his legs, and he can run the other way.

"The series or two before he took off on the outside to my side, so I was intentional about trying not to let them go," said linebacker Devon Kennard, who was rushing off the left edge on the play. "Then he took off up the middle the next time. It’s on all of us to get him on the ground and try to get off the field right there. That was the game."

Matt Patricia, whose scheme kept the Chiefs' explosive offense in check for most of the game, took the blame for the breakdown that allowed Mahomes to get free.

“He’s a great player. He saw it and just took it right away," said Patricia. "We had a particular call, and they came in with a bigger personnel group and did a good job with the protection on it and really doubled down on some of our guys and chipped them out of there and opened up a big hole. I think it was probably a quick read for him, whether or not it was there, take off. If not, throw it. It was there for him and he took advantage of it.

With the Chiefs facing fourth-and-8 from their own 34, the Lions rushed three and dropped eight into coverage. The call could have worked, but it unraveled when linebacker Christian Jones and safety Tavon Wilson both picked up Darrel Williams coming out of the backfield. That left Mahomes neglected, and he took the space he was given to extend the game.

It's hard to say that falls on Patricia, even if he pointed the finger at himself. He was asked later if there's a better way to defend that situation.

“We can only put so many guys in so many different areas," he said. "They have a very talented offense, they have a lot of weapons that you’re trying to defend against. I’ll take a look at it. Like I said, I have to coach the situation better and just make sure everybody is aware that, 'If we do this, these are the weaknesses. If we do this, these are the weakness, this is where they can hurt us,' and make sure we play aware so that it doesn’t happen again.”

If Jones or Wilson stay with Mahomes, it's likely the Lions get the stop they need to end the game. They head into their bye unbeaten, riding the high of a win no one thought they could get. In the end, it wasn't meant to be.

The Lions made a strong statement nevertheless, going toe to toe with arguably the best team in the league.

"I feel like we can compete with the best of them, obviously that just showed," said safety Tracy Walker. "Kansas City is a great team. They’re considered the best team in the league, so they say. They have a great squad over there and I feel like we fought them teeth in and teeth out."

The team's competitive spirit left Patricia proud despite the result.

"Those guys, they hung in there regardless of what the circumstance was, what the situation of the game was," he said. "The team doesn’t blink. They just keep going forward. We have to build on that and then clean up some of the execution and go from there. Give those players a lot of credit for going out and fighting extremely hard. We’ve got to coach it better so that we can give ourselves a chance to win.”