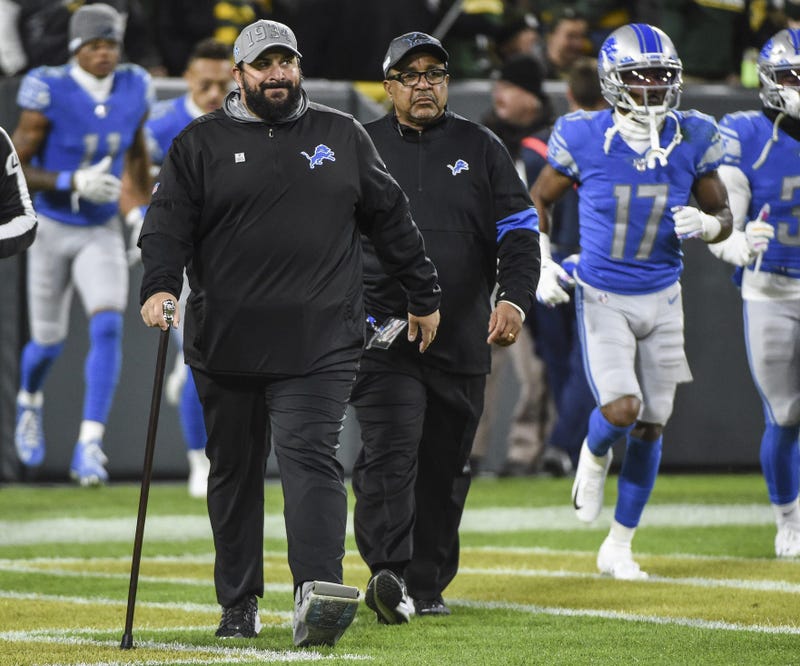 It came as a stunner Tuesday afternoon when the Lions traded safety and co-captain Quandre Diggs to the Seahawks for a fifth-round pick.

Diggs, one of the more popular players in the locker room and a leader on the field, had just inked a three-year extension with the Lions last September. He seemed like a piece of Matt Patricia's core moving forward.

Patricia said Wednesday the Lions believe the trade helps them in the long run, much like last year's Golden Tate trade, and the team feels confident in its ability to replace Diggs from within.

"Those decisions are very difficult. They’re not taken lightly," he said. "There are certainly things that we try to do to help the team get better in the long run for us in a situation where we think moving forward hopefully we have some players that can still help us, even if we do make a move like we did yesterday. Those other guys are going to have to step up.

"Certainly, Diggs has been a part of our team for a while, a great person and all of that, and I wish him the best of luck. In the end, just trying to do everything we can to help our team going forward. That’s really the bottom line.”

The Lions locker room did not take the trade well. Numerous players, including Darius Slay and Damon Harrison, voiced their disapproval on Twitter. Asked about the concern of trading such a popular player, both among his teammates and the fanbase, Patricia said, “I think for us right now, the players are pretty consistent with we just have to go back to work and win. We know that. That doesn’t change no matter what happens with the roster, with injuries or any of it.

By trading Diggs, whose extension was worth $18.6 million, Detroit will save about $12.3 million against the cap over the next three years, including about $7.3 million in 2021. With a number of younger, cheaper safeties emerging, including Tracy Walker and rookie Will Harris, the Lions felt comfortable moving on from Diggs, whose own play has slipped this season.

It's all part of the cost-analysis, Patricia said.

"What is the compensation and what does that look like for us long term based on what we have for trying to build the team in the future, as we try to make sure that we’re continually getting better and laying more foundation and getting good players in here, guys that we can build with. What does that cost versus what do we get back? We do try to put all of that into play," he said.

In short, the Lions would rather build with the likes of Walker and Harris than Diggs. The decision seems to fit Patricia's vision for his defense in that it prioritizes length in the secondary. Diggs, for all his physicality, didn't have the size the Lions covet. Patricia also singled out Tavon Wilson, C.J. Moore and Miles Killebrew as defensive backs who could see their roles expand.

Wilson is the only player within that group with considerable NFL experience.

“I would say that’s probably the biggest challenge for us, especially as we go through the season and we’re starting to see different looks or multiple looks from teams, and good quarterbacks and good offensive schemes, just the experience part of it. Those guys are going to have to catch up on that stuff really quickly," said Patricia.

He said the defense will lean on Walker and Wilson to help bridge that gap.

The Lions, losers of three straight, sit in last place in the NFC North with a 2-3-1 record. They traded away one of their better defensive players heading into Week 8. Maybe they'll make another move before next week's trade deadline.

For now, it feels like they're sacrificing the present for the future, but Patricia said the team's short-term goals remain the same.