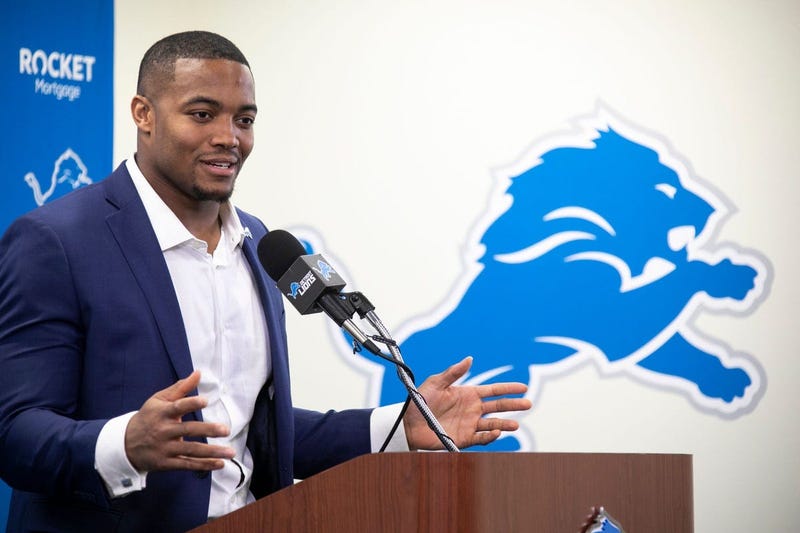 It was never going to fix anything, or undo the result. It certainly wasn't going to make the loss sting any less for the Lions.

But a day after an officiating gaffe potentially cost Detroit a win at Green Bay, the NFL acknowledged the mistake.

That second illegal-hands-to-the-face penalty against Trey Flowers, the one that set up the Packers' game-winning field goal? It shouldn't have been called.

"After you review it," said the NFL's VP of Operations Troy Vincent, "the foul wasn’t there."

Vincent went on to say he would reach out to Lions owner Martha Ford and GM Bob Quinn. Team president Rod Wood said Wednesday he appreciates the feedback he's received from people around the league. Maybe, for them, the NFL's mea culpa has provided some solace -- probably not.

What does it mean to Flowers?

"It means nothing," he said Wednesday. "The score’s still the same and we still lost, so it is what it is."

At the very least, it was suggested to Flowers, it validates that the technique he used on the play in question -- the same one he's used throughout his career -- was legal.

"I knew I was doing it right," he said with a smile. "I didn’t need any validation. ... Now I guess it validates that it can be called right."

If not for a complaint from Packers left tackle David Bakhtiari to umpire Jeff Rice, Flowers likely wouldn't have been penalized in the first place. Bakhtiari said he told Rice to watch Flowers' hands, because they had been up near his neck all game. Shortly thereafter, Rice threw a flag. Then another.

Flowers said he "wasn't aware" of Bakhtiari's conversation with Rice at the time.

If Flowers was despondent after Monday night's loss, he was in a much better place on Wednesday. He spoke about the situation at length, and stressed the importance of moving on. He said the Lions need to fix their own mistakes -- "penalties, missed tackles, not executing" -- so that the game doesn't wind up in "the hands of the officials."

He's not dwelling on something he can't change.

"When that clock hits zeroes, there’s nothing you can do about it," Flowers said. "So you just have to put your energy toward something that’s sustainable, and that’s the hard work we put into this week and the weeks after. It’s early in the season. If we put our energy toward the things we can control, we’ll be where we want to be at the end of the year."

The Lions have another crucial game on Sunday, this one at home against the Vikings. Asked if Monday's result can serve as extra fuel, Flowers said, "Fuel for me is just knowing I got an opportunity to go against another team. As far as extra fuel, it could be, but it’s an opportunity that we have as a team to go out there together and get this bad taste out of our mouth."