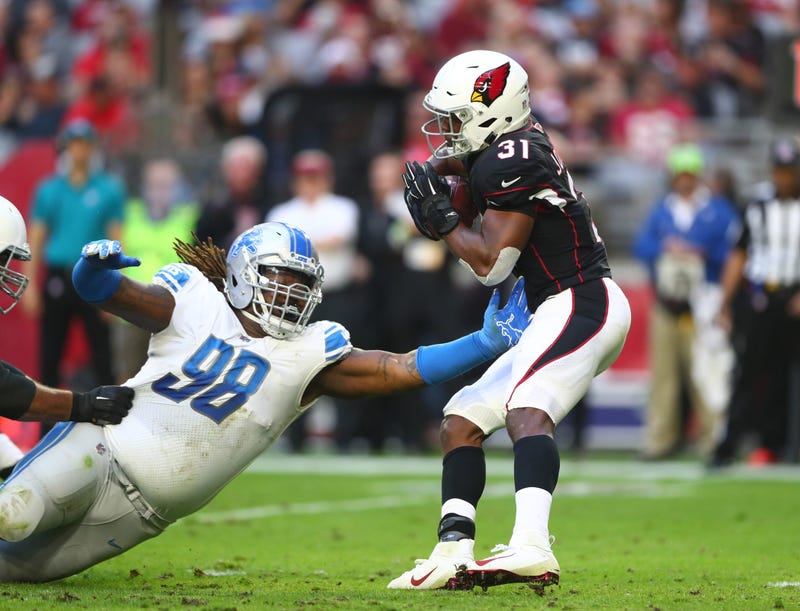 Damon Harrison is a good teammate -- and his own harshest critic.

Take his response following a loss to the Bills last season. With linebacker Jarrad Davis under heavy criticism for jumping offsides on a key play, Harrison defended Davis and took the blame himself.

"That's solely on my shoulders," he said.

Harrison stood up again on Sunday after the Lions squandered an 18-point fourth-quarter lead against the Cardinals in their season-opener. Despite playing well in limited action, Harrison declared via Twitter, "This one's on me."

This ones on me...I got dominated today. Hats off to the Cardinals. 100% on me

By anyone's standard but his own, Harrison did not get "dominated" Sunday. Though he was eased back into action after practicing lightly in training camp, he was his usual disruptive self against the run. And he batted down two passes for good measure.

Detroit's defense did wear down in the fourth quarter, and Harrison was frequently off the field. Kyler Murray took note of his absence when asked what changed late in the game.

“I think they were just tired," Murray said, via MLive. “I know Harrison wasn’t on the field a lot, probably due to him not playing a lot in the preseason. So the tempo can get to them, and I think that’s what helped us out later in the game as we actually started going.”

Harrison wound up playing just 27 snaps (30 percent), but made his presence felt when he was in the game. Expect a bigger workload -- and an even bigger impact -- moving forward.

And expect the same level of accountability from one of Detroit's best players.