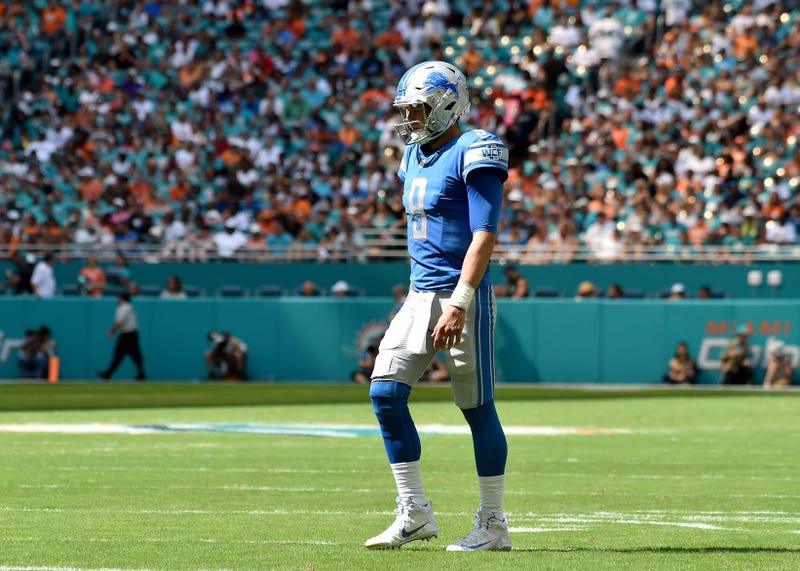 According to the Madden NFL 20 player ratings, which were released Monday, there are 19 quarterbacks in football better than Matthew Stafford.
A year after earning an overall rating of 85, Stafford is down to a 79. He ranks behind such names as Kirk Cousins (81), Andy Dalton (80) and Marcus Mariota (79).

In some ways, Stafford's fall isn't a surprise. He had one of the worst seasons of his career last year, posting his lowest passer rating (89.9) since 2014. He failed to throw for 4,000 yards for the first time over a full season.

But a 79 rating seems a bit harsh.

So does this: an 89 for Darius Slay. That places him ninth among cornerbacks, coming off his second straight trip to the Pro Bowl. He's the only player in the NFL with at least 30 passes defended and at least 10 interceptions over the last two seasons.

As a team, the Lions rank 24th with an overall rating of 80. Their best player is Damon Harrison, whose 95 rating ranks 19th overall and second among defensive tackles.

Another apparent snub? Kerryon Johnson, who ranks 33rd among running backs with an 81 rating. Before he got hurt last season, Johnson was one of the NFL leaders in yards per carry.

Detroit's first-round pick tight end T.J. Hockensen is tied for fourth among rookies with a rating of 77.