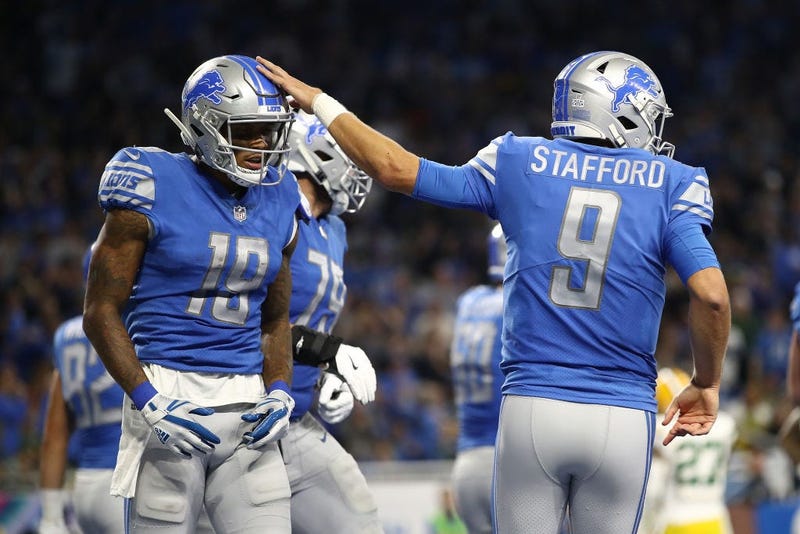 The Detroit Lions signed veteran wide receiver Jermaine Kearse on Thursday to a one-year deal worth up to $2.5 million.

Kearse’s 2018 campaign with the New York Jets was lackluster, catching 37 passes for 371 yards and one touchdown, an boasting a mediocre 48.7 catch percentage. The Lions are hopeful his reunion with offensive coordinator Darrell Bevell, who was Kearse’s offensive coordinator in Seattle, will get Kearse back on track.

Fortunately for the Lions, Kearse wasn’t brought in to be a stud, but rather a role player. His name will be inked in at the No. 4 spot on Detroit’s depth chart and there’s a good chance that he will only be brought in when the Lions are going five wide depending on how rookie tight end T.J. Hockenson is utilized.

The Kearse signing gives Detroit one of the more complete receiving corps in the NFL, with Kenny Golladay, Marvin Jones Jr. and Danny Amendola rounding out the crew.

Golladay, who was a third-round pick in 2017, has emerged as the best wide receiver on the roster. With Golden Tate getting traded and Jones Jr. going down with an injury last year, quarterback Matthew Stafford relied heavily on Golladay, who proved he could be a true No. 1 in the NFL.

Golladay hauled in 70 passes for 1063 yards and five touchdowns in his second season and with Jones Jr. and Amendola on the field with him this year, expect those numbers to rise.

Jones Jr. is coming back from a knee injury that landed him on IR and forced him to miss seven game last year. It’s not impossible for Jones Jr. to be the lead man in Detroit, but he has thrived as the No. 2 throughout his career. In Cincinnati he was behind A.J. Green