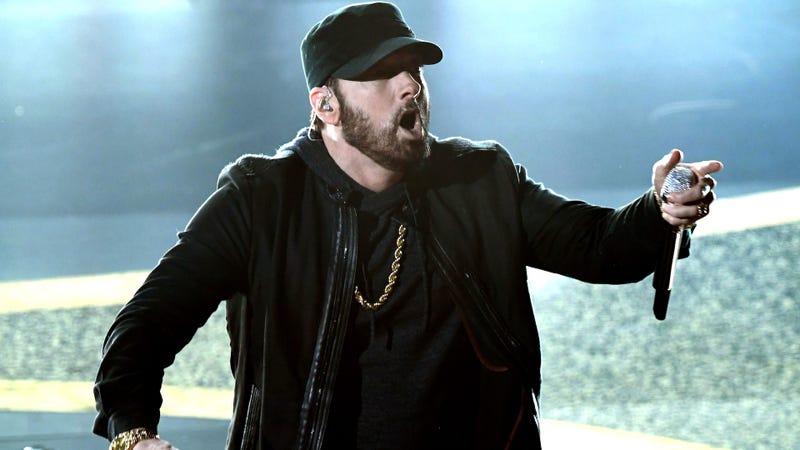 A war is brewing between Twitter/TikTok users and Eminem fans.

Here’s the lowdown. Gen Z Twitter and TikTok users are calling out Eminem over his history of controversial lyrics involving themes of violence and domestic abuse. Eminem’s fans have come to his defense saying these controversies are spoken of in the past tense and that controversy was part of his brand.

Plus, many Millennial users have already chimed in claiming they’ve tried, and failed, to cancel Eminem in the past.

if I had to see this and have it ruin my day, so do all of you https://t.co/5Gq8LpiNLr

His 2010 collaboration with Rihanna “Love the Way You Live” has been at the center of attention and is what started the whole debate.

The line “I know I'm a liar/If she ever tries to f*****’ leave again, I'ma tie her/To the bed and set this house on fire,” has been zeroed in on and frequently cited as an example.

The duo has cited their past experiences in relationships as inspiration for the song as Eminem chose Rihanna to sing on it. Rihanna has previously said of the track “it just was authentic. It was real,” and added Eminem “pretty much just broke down the cycle of domestic violence” in the song.

Many Millennial users are wishing Gen Z luck in their efforts as they say they’ve unsuccessfully tried to cancel Eminem in the past.

“Gen Z should know by now that some people are above cancelling. Media been trying to cancel Eminem long before cancelling was a thing. He came out in '99 and his first words were 'Hi kids, do you like violence' and still enjoyed 22 years in the game. That's who you want to cancel?” One user wrote.

“Does she not remember when WE tried to cancel Eminem as well? His entire career kind of depends on having 'haters' and whatnot. We're all just trying to fuel his next project lol,” another said of the original TikTok video.