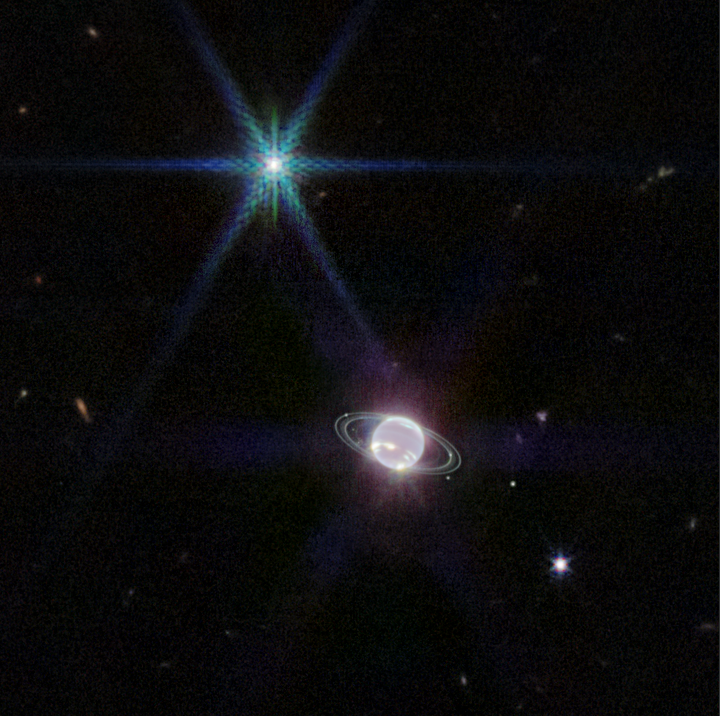 This image of the Neptune system, captured by Webb’s Near-Infrared Camera (NIRCam), reveals stunning views of the planet’s rings, which have not been seen with this clarity in more than three decades. Webb’s new image of Neptune also captures details of the planet’s turbulent, windy atmosphere. Photo credit Photo courtesy of NASA
By Joe Hiti, Audacy

Saturn won't be the only planet known for its rings in the solar system now that NASA's James Webb Space Telescope has released the clearest view of Neptune's rings in over three decades.

Webb's stunning images of Neptune have revealed the ice giant planet in a whole new light showing a crisp view of the planet's rings that had gone undetected until they were discovered in the 1989 flyby of the Voyager 2 spacecraft.

In a press release, NASA shared that several bright and narrow rings can be seen in Webb's image, but fainter dust bands around Neptune have also been observed for the first time ever.

Neptune system expert and interdisciplinary scientist for Webb, Heidi Hammel, shared that astronomers have never been able to see Webb like this before.

"It has been three decades since we last saw these faint, dusty rings, and this is the first time we've seen them in the infrared," Hammel said.

That’s no star. It’s Neptune’s large, unusual moon, Triton! Because Triton is covered in frozen, condensed nitrogen, it reflects 70% of the sunlight that hits it — making it appear very bright to Webb. 6 of Neptune’s other moons (labeled) are also seen here. pic.twitter.com/xJCsE8bn3q

The discovery is partly thanks to Webb's stable and precise image quality, as the $10 billion telescope continues to prove its worth in just three months of work.

Along with the rings circling Neptune, the planet's 14 discovered moons also made an appearance in the photos, with clear views of Triton, Galatea, Naiad, Thalassa, Despina, Proteus, and Larissa.

Neptune has been a puzzling planet to study since it was discovered in 1846. The planet is characterized as an ice giant because of its chemical makeup. While it is a gas giant like Jupiter and Saturn, it has much richer elements, as hydrogen and helium make up its interior, NASA shared.

Methane is also present in the planet, which scientists say gave it its familiar blue appearance when the Hubble Space Telescope spotted it. However, thanks to the Near-infrared Camera on Webb, the planet didn't appear its iconic blue.

Neptune in a new light! 🔵

Hubble’s view of this planet looks pretty different from @NASAWebb's new image, on the right.

That’s because these two telescopes looked at the planet in different wavelengths of light. ⬇️ pic.twitter.com/omelj0ZkDX

"In fact, the methane gas so strongly absorbs red and infrared light that the planet is quite dark at these near-infrared wavelengths, except where high-altitude clouds are present," NASA shared in a press release.

Neptune orbits the sun every 164 years, so its northern pole was not visible to astronomers. Still, the images hint at an intriguing brightness in the area, which could confirm that the planet has a continuous band of high-latitude clouds surrounding it.

NASA shared in its press release that more studies of Neptune and its larger-than-normal moon Triton are expected in the coming year. 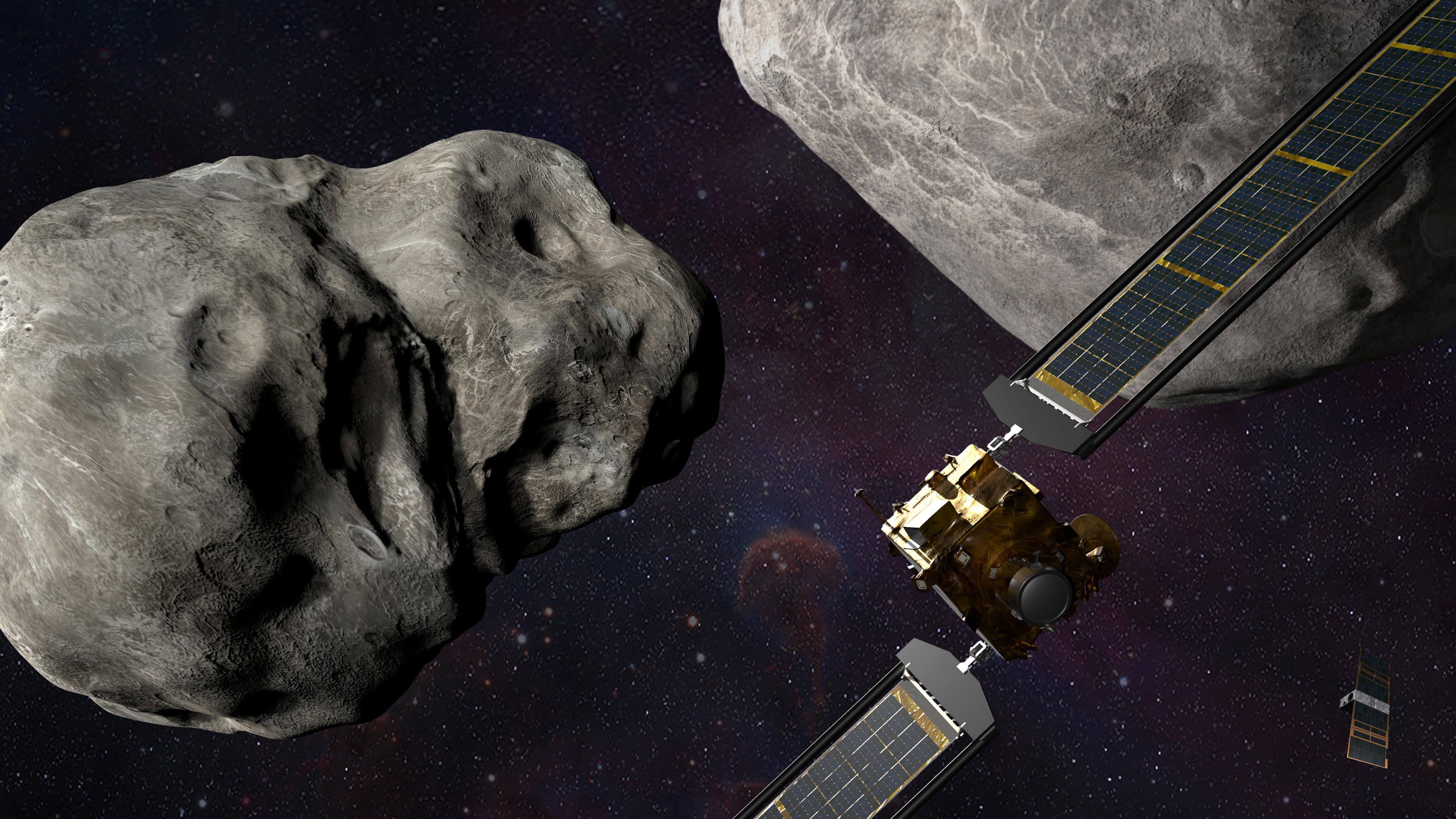 EXPLAINER: Why a NASA spacecraft will crash into an asteroid