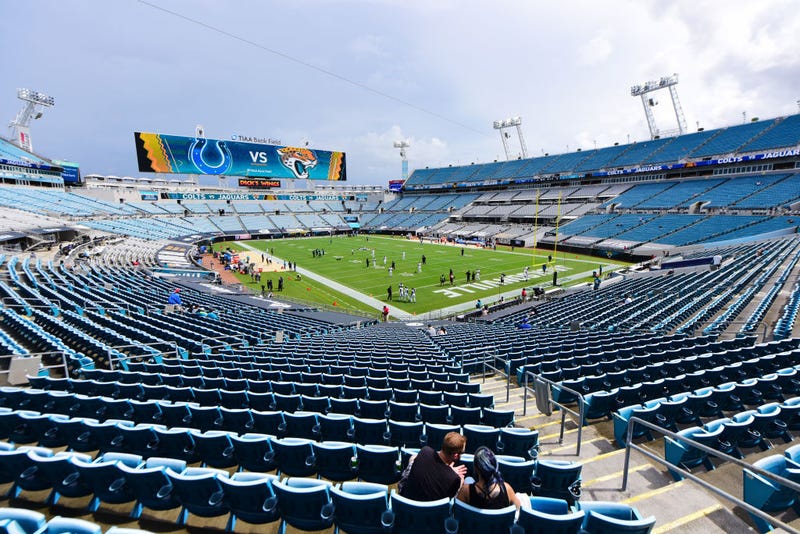 A general view of two fans sitting in an empty section at TIAA Bank Field before a game between the Jacksonville Jaguars and the Indianapolis Colts on September 13, 2020 in Jacksonville, Florida. Photo credit Julio Aguilar/Getty Images
By Joe Hiti, Audacy

Jacksonville’s fourth-quarter comeback against the Baltimore Ravens was overshadowed on Sunday after an airplane flew over TIAA Bank Field towing a confederate flag.

While the Jaguars were working on picking up their fourth win of the NFL season, the plane flew overhead in Florida, also towing a banner that read, “PUT MONUMENTS BACK.”

How are things going in #duuuval? This is currently being flown near the stadium. pic.twitter.com/HoeL9YlZ2K

The plane was part of a campaign by Save Southern Heritage, according to a news release it sent to WJXT.

A spokesperson for the group, Kirk Lyons, said that the group is looking to restore the monuments as a holiday gift.

“This is a Thanksgiving gift to the people of these cities who are suffering under these cancel culture tyrants,” Lyons said, WJXT reported.

However, officials in Jacksonville are not on board with the messaging, as the city’s mayor, Lenny Curry, condemned the message in a tweet.

“As I’ve said before, there is no place for hate of any kind in our City. My position on monuments remains clear, I have allocated money for removal and empowered city council to take action,” Curry said. 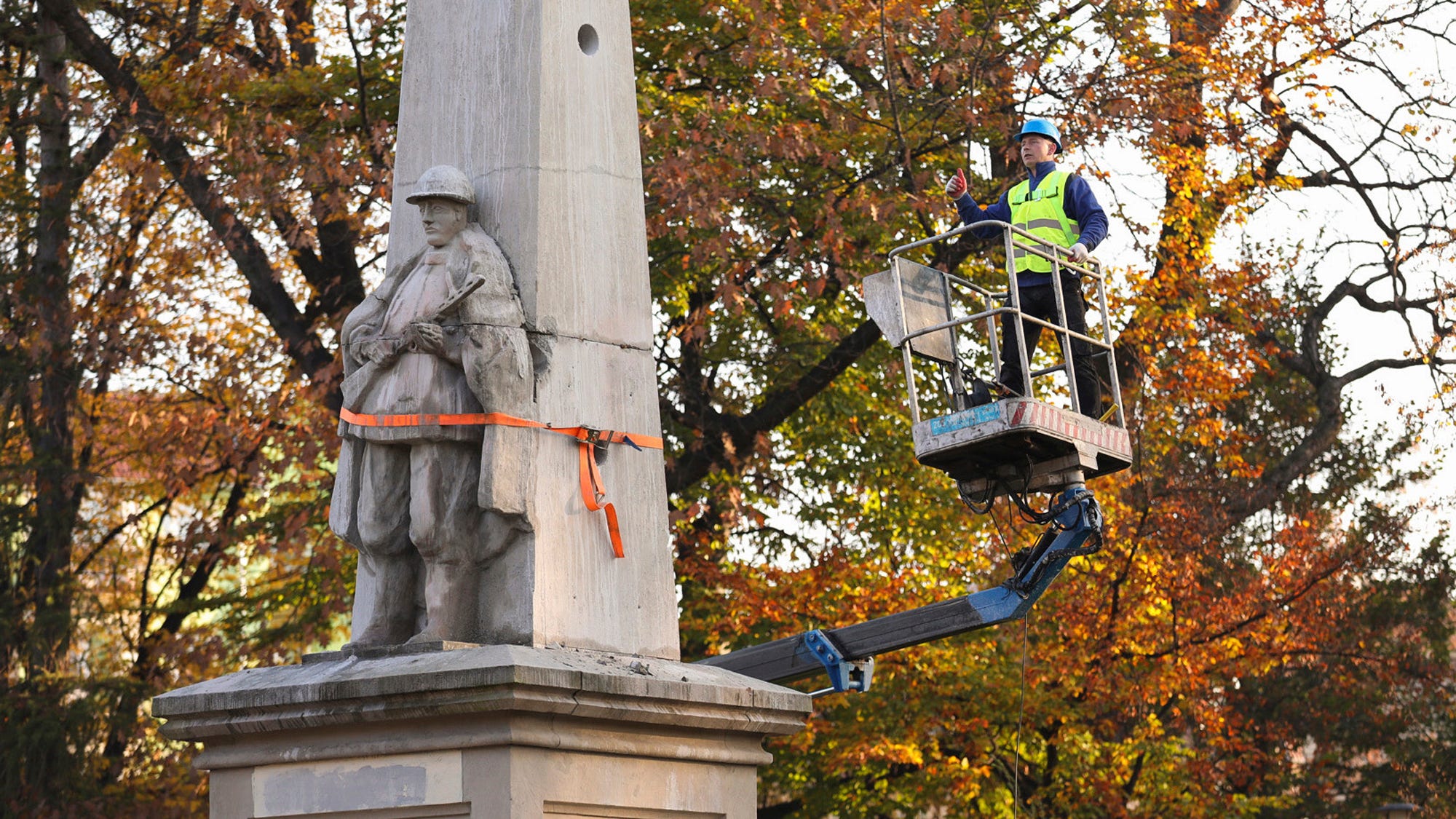