Tracy Walker was the first to utter the words this season, unprompted in the wake of the Lions' blowout loss to the Eagles: 0-17.

"We have to fix it right now because obviously it ain’t going to fix itself or we’re going to be 0-17," said Detroit's fourth-year safety.

The fact that he alluded to it all suggests a winless season is creeping into the Lions' psyche. It's Dan Campbell's job to snuff it out.

"Look, we’re eight games in and we got nine to go," Campbell said Monday as the Lions begin their Week 9 bye. "So the focus has to be on really what we’ve talked about every week, minus the mistakes: all we gotta do is put all our effort, focus, attention and detail into (the next) game and find a way to win. If we do that and not worry about, 'We got nine games and we’re going to lose nine games and we’re 0-17' -- you can’t think like that. And we’re not going to let them think like that."

"It makes you feel like trash," Walker said Sunday.

It was Campbell who said the Lions were floating in "a sea of trash" against the Eagles. But that feeling can't linger in Detroit's locker room, or the air will turn toxic. And the stench of 0-17 will grow stronger and stronger. 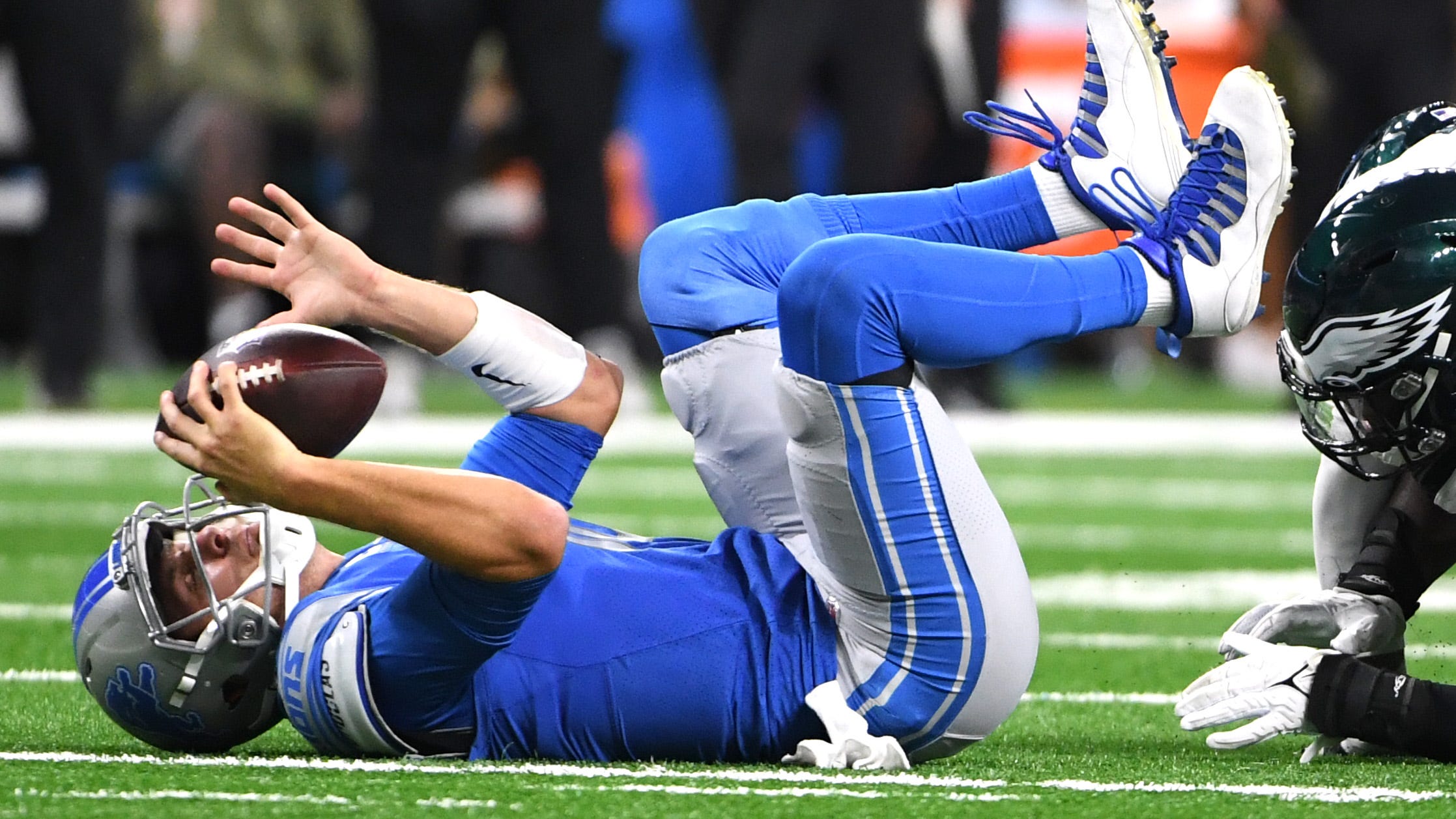 "You can’t blink, man," Campbell said. "The minute you start to doubt yourself, or the players think you doubt them, or you doubt the people around, that's where everything crumbles," he said. "And I’m just not that way, man. I believe adversity does one of three things to you. It numbs you, it makes you crumble or it hardens you and turns you into what’s going to be special eventually, something that’s maybe not seen now but it’s going to define you as a team. You don’t know if that’s going to be this year after the bye, year two, but it’s coming. You gotta have faith."

The players should benefit from the week off, mostly to clear their minds. Campbell said he got a pick-me-up Monday in the form of a phone call from Titans head coach Mike Vrabel who told him, "Hey, just stay the course, man. Just do what you believe in and it'll come."

"That was pretty cool of him," Campbell said. "You always appreciate those."

It's back to work for Campbell, who said he plans to spend most of this week "crunching the tape" in search of "hidden nuggets" from the Lions' first eight games. You never know what might serve them the rest of the season, as they try to avoid you-know-what.

"Am I frustrated? I am. Am I upset that we're where we're at. Yeah, I am," Campbell said. "But I have not lost confidence, because I still know we are not the team that played yesterday. That’s not who we are. I don’t believe that one bit. We’re good enough to beat teams in this league. We gotta do more as a staff and demand more out of these players."