WATCH LIVE: 97.1 The Ticket hosts are live on video HERE
By Pat Caputo

Dan Campbell is not a cartoon character.

Yet, the Lions’ first-year head coach is increasingly being portrayed as a caricature rather than a serious leader.

It’s much ado about nothing, a classic example of portions of the media and fanbase stirring the drink before it has been poured.

Campbell made a comment about biting kneecaps during his introductory news conference. He wore a racing helmet during a recent media session because he is the grand marshal of the Detroit Grand Prix.

Campbell is much more demonstrative than NFL or college coaches traditionally, and there has already been a backlash.

In truth, we know next to nothing about whether Campbell will be a successful head coach. We only know he is the polar opposite in demeanor of his predecessor Matt Patricia, whose dark aura cast an ominous cloud above the practice facility in Allen Park.

At least Campbell has provided a reasonable level of transparency rather than acting as if the Lions are a secret society whose fans have no right to know.

He appears comfortable enough in his own skin to be himself publicly, and that’s wise because a large part of his appeal is not being just another stuffed shirt who has mastered the blabbering art of coach speak. 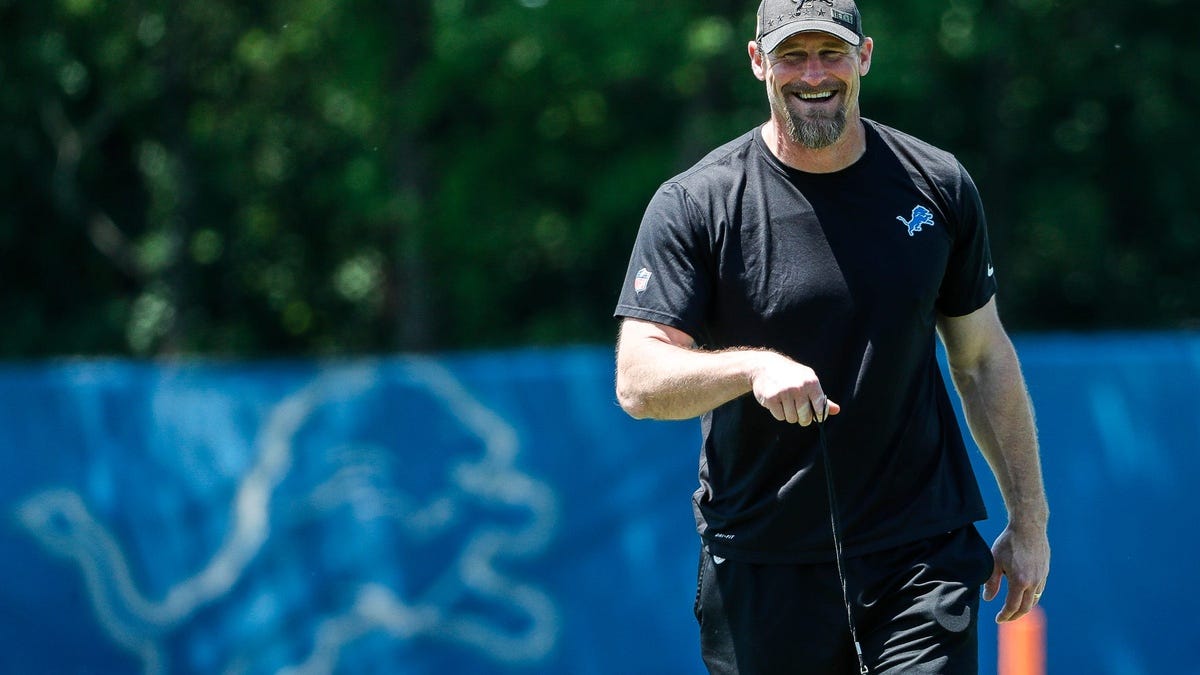 Dan Campbell not sweating national criticism: "I’m just being me"

The most important factor is what Campbell hasn’t done.

He has not said, “What does a coach have to do around here to get fired?" You know, like Darryl Rogers.

Campbell hasn’t cried 96 tears and feigned shock when his photo appeared in a local newspaper wearing Mickey Mouse ears, such as Wayne Fontes.

He didn’t throw his team under the bus by emphatically proclaiming, “I don’t coach that kind of football,” or abandoning his team with a 5-4 record and still in a playoff hunt, like Bobby Ross.

Campbell hasn’t hopped on a motorcycle in the middle of a training camp practice and ridden off into the sunset, leaving his team on the field, such as Marty Mornhinweg.

He has not been asked about one thing and simply answered about another, a favorite ploy of Steve Mariucci.

Campbell hasn’t responded angrily to a question about an expected time table for success with, “I’m not gonna give you a magic wand. You want that, go home and take one,” such as Rod Marinelli.

He has yet to refer to the media room as the “Dungeon of Doom,” like Jim Caldwell.

Also, Campbell has yet to bench a quarterback in the middle of a series (Fontes), take the wind instead of the ball to begin overtime (Mornhinweg) or go ballistic after the opposing coach slapped him hard on the back (Jim Schwartz).

The gauge measuring Campbell is how he develops young players, whether his team responds well under pressure on game day and how he reacts as the face of the franchise when the inevitable tough moments arrive.

And, of course, whether he wins.

It’s way too soon to jump to any conclusions about Dan Campbell. He has absolutely done nothing to merit genuine criticism yet.​