“Oh yeah,” right tackle Penei Sewell said this week. “Our excitement is through the roof. We know what we’re capable of. Everyone knows what we’re demanding out of each other in the room. The sky’s the limit.”

If healthy – an admittedly big ‘if’ – the Lions’ offensive line could be one of the best in the NFL. We said the same thing last season and the starting five never played a single snap together. Left tackle Taylor Decker missed the first eight games with a finger injury. Center Frank Ragnow missed the last 13 games with a toe injury. The unit never realized its potential because it never had the chance.

But the first five are back on the field and raring to go, including guards Jonah Jackson and Halapoulivaati Vaitai.

“I feel like after last season, everyone is understanding what they need to do,” Vaitai said Thursday after practice. “We need to amp it up a little bit more. Last year was last year. We’re getting into a groove now and I feel like we’re going to be good.”

Despite the attrition last season, the offensive line paved the way for Detroit’s best rushing attack this century. It wasn’t quite as strong in pass protection, but still surrendered the Lions' fewest number of sacks in eight years. The bar has been raised.

It’s time to raise it higher.

“For the O-line, our goal is to be the top rushing attack in the league. That’s our goal. And then be the best O-line in protecting,” said Vaitai. “The rest will take care of itself.”

D’Andre Swift and Jamaal Williams comprise a strong tandem in 2022. But if the Lions approach league-leading rushing numbers this season, it will be on the backs of the big boys up front. 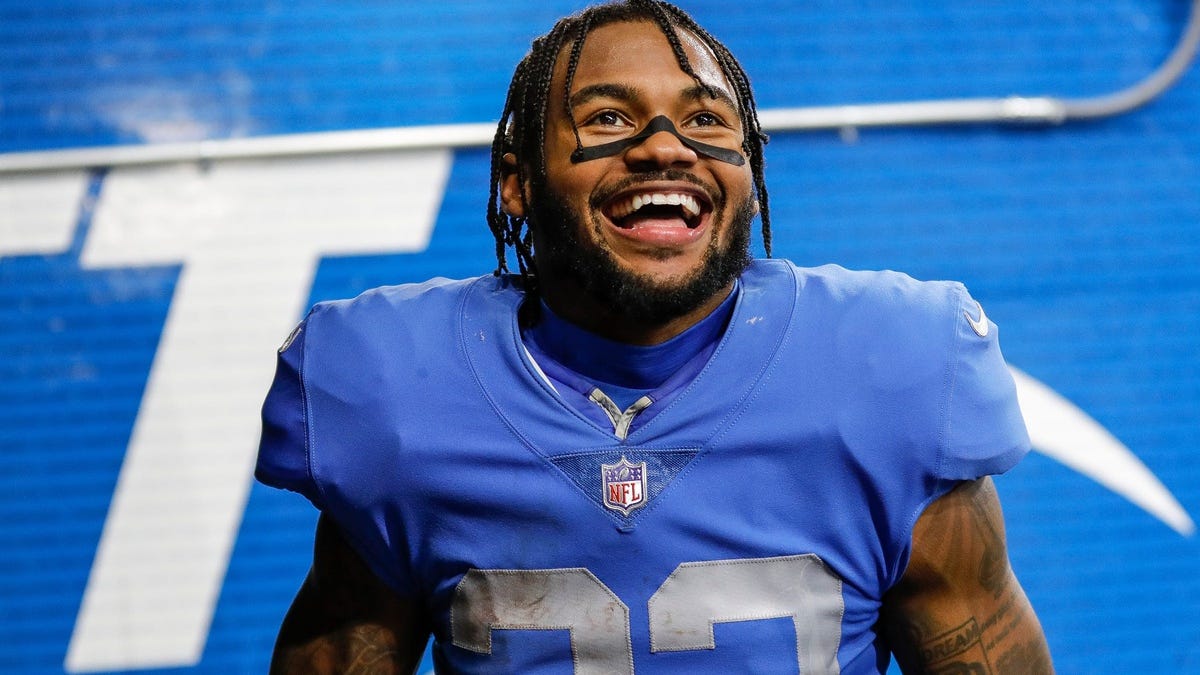 “Even as a coach, I go places around here in Detroit and people that know me, it’s the first thing they say, ‘Hey, you guys are the talk.’ Well, that’s just talk,” offensive line coach Hank Fraley said Thursday. “We gotta go out there and prove it, earn it, day in and day out.”

From a protection standpoint, the Lions have some work to do. Even while making strides last season, they surrendered 36 sacks. The Buccaneers allowed the fewest: 23. They also happened to lead the NFL in passing. The next best teams in limiting sacks? The Chiefs and the Bills. There is enduring value in keeping the quarterback clean.

Indeed, there is enduring value in a stout offensive line. The Lions have spent the past several years trying to build one, from Bob Quinn to Brad Holmes. The starting unit consists of three first-round picks in Decker, Ragnow and Sewell, a third-round pick in Jackson and one of the highest-paid guards in the NFL in Vaitai. Maybe this is the year it all comes together.

On paper, it’s certainly one of the best units in the league.

“It’s a great thing to hear, but also, it’s like rat poison, as Nick Saban says,” Ragnow said this week. “Us as an O-line, we’re used to being crapped on and really being the afterthought, and that’s what we’re trying to embrace.”