"For me, when they fired Coach Caldwell after the 2017 season, I was done then, in my opinion," Quin said Monday on the Stoney & Jansen Show. "That was my ninth year and I already knew before I made it to the NFL and got to Detroit, I only wanted to play 10 years. I knew that if I could play 10 years and walk off the field, it would take something special for me to walk back on the field to play an 11th season. So when they fired Coach Caldwell after my 9th year, I knew, OK, this is my last year."

At the time, the Lions were coming off back-to-back winning seasons for the first time in three decades. And Quin was coming off another strong year in which he started all 16 games for Detroit, part of an ironman streak that saw him make 148 straight starts to close out his career. When the Lions decided to replace Jim Caldwell with Matt Patricia, Quin decided he "didn't want to be part of a rebuild or a new coach" and asked the Lions to release him from the final season of his contract in hopes of finishing his career in his hometown of Houston. They declined to do so.

Quin said he knew it was "a long shot" and he "understood it from Matt Patricia's point of view" because "you can’t come in as a new coach and release one of your better defensive players coming off the season that I had."

"And then I tried to hold up my end of the bargain," said Quin, "but I wanted to be gone even before (the season began). And I wanted to make it known to Coach Patricia that it had nothing to do with him at first take, because I didn’t know him. It was just the whole situation."

Then Quin got to know Patricia and things went south. The Bill Belichick wanna-be quickly lost the locker room with his domineering ways and never got it back. The Lions went from playoff contenders to division doormats and jettisoned many of their best players in Patricia's two and half seasons in charge. Now they're rebuilding, again, under Dan Campbell and GM Brad Holmes. 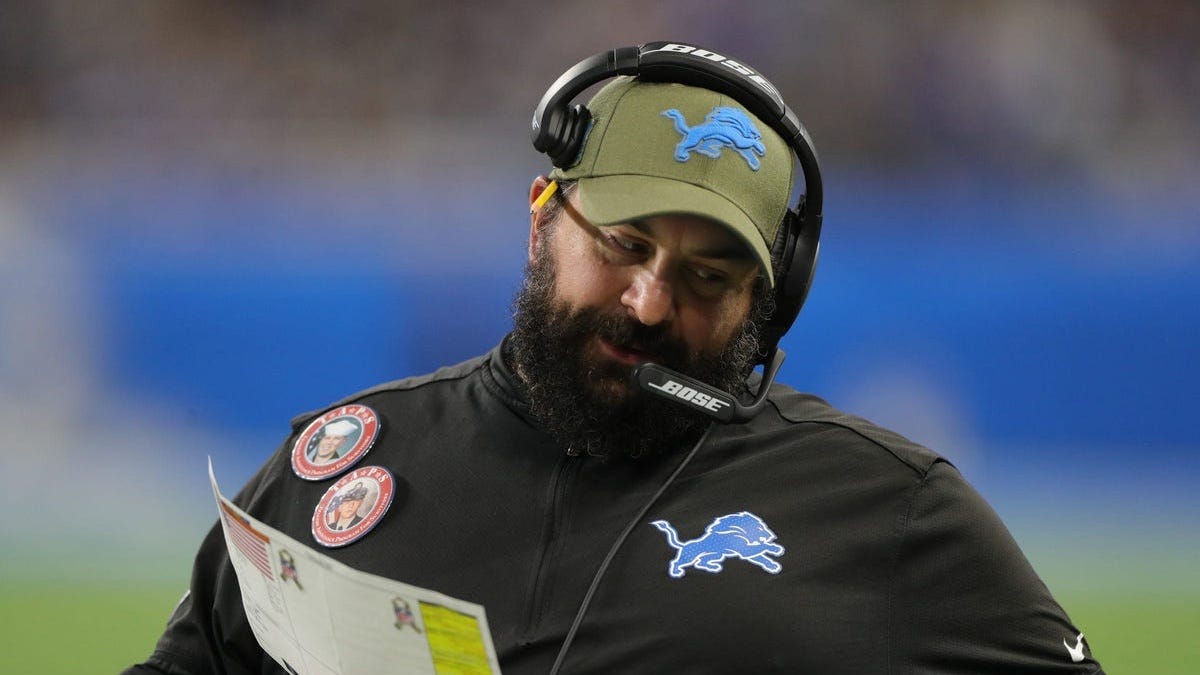 "Most players just want a coach they can vibe with, they can connect with and respects them," said Quin. "I felt like Matt Patricia was a coach that didn’t have a lot of respect for his players. When you disrespect a lot of players, now you just messed up the whole relationship. Because at the end of the day, we’re all grown men. You’re not coaching kids, you’re not coaching high school kids, you’re coaching grown men. Whether they’re (age) 22 or 40, we’re all partners. But the approach that Matt had was a little different."

"You see him doing (up-downs) and conditioning and things like that with his players to get on the same level as them, to connect with them, where it seemed like Matt Patricia just sat up on a pedestal and looked down at us, not literally but figuratively."

Quin, who retired after the 2018 season and now co-hosts a podcast called Bleav in Lions, said he's rooting for the team under Campbell and is "on that bandwagon" with the rest of the fans. He's pulling especially hard for a pair of players in Detroit's secondary: safety and former teammate Tracy Walker and cornerback Jeff Okudah. He said he "feels for those guys" because they've been forced to grow up in the NFL without veteran leaders around them.

"Even now, Tracy is 27 and he’s the oldest guy there. And I feel bad because I only had one year with Tracy," said Quin. "For him as a young safety learning the ropes of how to be a pro, how to study, how to practice, how to prepare for a game, having that leadership is very, very beneficial."

Whereas former Lions defensive backs like Darius Slay and Quandre Diggs had vets like Quinn and Rasheen Mathis to show them the way -- "and you’ve seen the type of careers they’ve gone on to have," said Quin -- Walker and Okudah have basically had to fend for themselves.

"They’ve got a whole lot of potential and I hope at some point that they can reach it, but it definitely would’ve helped them speed up the learning curve if they had some well-rounded vets to help groom them as little puppies," Quin said.

Walker, 27, had a resurgent season in his first year under Campbell and the Lions' new coaching staff and signed a $25 million deal to return. The jury is still out on Okudah. The third overall pick in 2020 has been limited to just nine games in two seasons after tearing his Achilles in last year's season-opener. As he heads into year three, the key is staying on the field.

"If he can stay healthy, I think we’ll get to see some of his ability," said Quin. "But the thing that I hate for Jeff is this is his third year and he had Matt Patricia his first year and then he had another coach his second year, so he’s had to learn two different schemes already in the NFL."

To make it even harder, the Lions shipped out a Pro Bowl corner in Slay the year Okudah arrived.

"So the veteran corner that would help him learn and grown, I don’t know if he had that," said Quin. "They had signed (Desmond) Trufant, but he was there on a ‘I’m trying to get paid’ type of deal, so I don’t know if he was really worried about the future and long-term success of Jeff Okudah. Coming in as the No. 3 overall pick, those are high expectations to live up to and I think he’s kind of dealt with the fire.

"Hopefully he can come back his third year and just be healthy and mentally be good. And being in the second year in this system, have a better understanding of what’s expected and what he needs to do, so we can just see his talent and what made him a No. 3 overall pick. I think it’s in there. He’s just gotta stay healthy and then have the confidence to be able to go out and play at that level."

Lastly, Quin said he was happy for Matthew Stafford when his former quarterback and fellow 2009 draftee won the Super Bowl in his first season with the Rams.

"I was glad for him to get that because there was a lot of pressure on him being the No. 1 overall pick, coming to a city that was coming off an 0-16 year and trying to change a franchise and give so much to a franchise, playing through injuries all these different years, thousands and thousands of yards, but never really getting the national respect that he rightfully deserved," said Quin. "And then to get thrust into a situation where you’re going to a team that has Super Bowl expectations and they’re saying you’re the missing piece, now you got all those expectations on you again. Can you be the one to get them over the hump?

"For him to come in and everything align and he gets them over the hump and they win the Super Bowl, that’s gotta be special for him. Just happy for him because you know how hard he works, how much he loves it. For him to finally get an opportunity to go out and do it, he did it."