After the season premiere of 'Hard Knocks' focused mostly on Dan Campbell and his coaching staff, Episode 2 spotlighted a pair of the Lions star players: D'Andre Swift and Amon-Ra St. Brown.

We got an inside look at the relationship between Swift and running backs coach Duce Staley and learned more about the backstory of St. Brown.

Staley, a former running back who spent 10 years in the NFL, is doing all he can to draw greatness out of Swift. He told Campbell in a coaches meeting that he needs "Swift to believe he’s the best every time he steps on the fu*king field."

"The boy’s special," said Staley. "And every day we go out there between those lines, he's gotta believe that. And I’m gonna try my hardest to get that sh*t out of him — ain’t no trying, I'm gonna fu*king get it out of him because he can be so special. I’ve been around some special ones. He's got it."

Later, in a running backs meeting, Staley told Swift straight up, "Man, listen, this is real: You can be the best in this league. You really can. But you gotta have that dog mentality, you gotta bring that sh*t out of you."

To drive home his point, Staley pulled up a clip of Swift being forced out of bounds near the end zone when he could have potentially eluded a defender and scored.

"You gotta do something, Swift. Because guess what? If you would have stiff-armed him right there, you might've fu*king scored," said Staley. "You make it too easy for him. They already scared of you when you get out there. Finish it! C'mon, man! Finish it!! Be hungry! Be greedy for every fu*king yard! Go get it! That's the mentality: every yard out there is mine. Don't be satisfied with that sh*t, man." 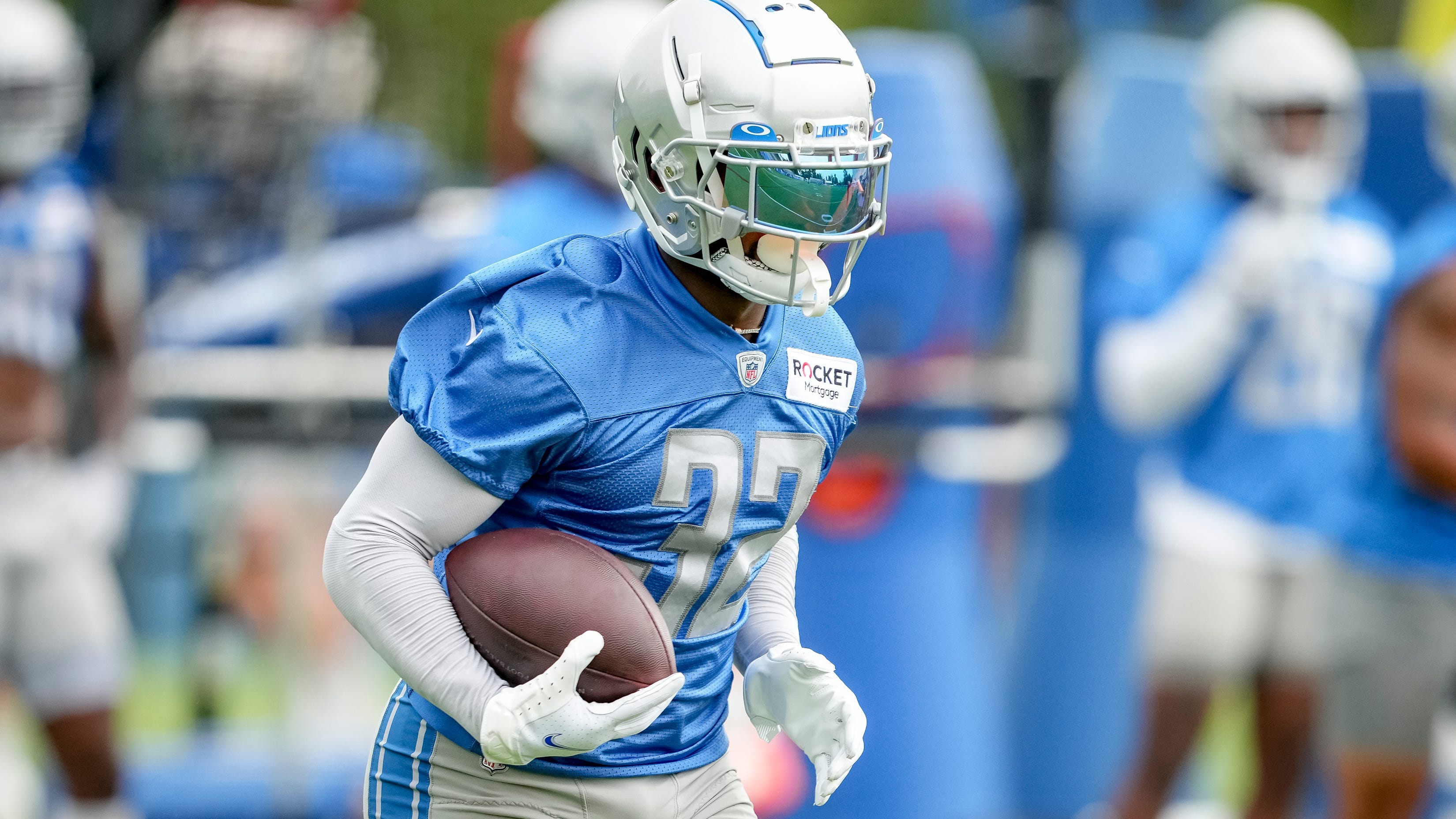 'Leave it all out there:' D'Andre Swift embracing Duce Staley's challenge

When the focus shifted to St. Brown, the Lions' second-year receiver proved something he's said in the past: he's motivated by the fact that 16 receivers were drafted before the Lions took him 112th overall.

"For me, I would say the draft experience was sh*tty," said St. Brown. "I could tell you all 16 receivers and where they went to college."

#Lions WR Amon-Ra St. Brown memorizes all 16 receivers drafted ahead of him as motivation. pic.twitter.com/B5W2JMFqUB

And St. Brown will be the first to tell you: "I broke the Detroit rookie record for most receptions and yards, so 100 percent, the chip on my shoulder that I still have right now, it comes from that day."

St. Brown is also driven by his father, John Brown, a body builder and two-time Mr. Universe, who trains his sons to this day. St. Brown's older brother Equanimeous, is a receiver for the Bears; both of them started lifting weights with their dad before the age of 10.

"I know I'm a father, but I'm frickin' Mr. Universe, two-time," John Brown said. "I know what I'm talking about when it comes to this stuff here." 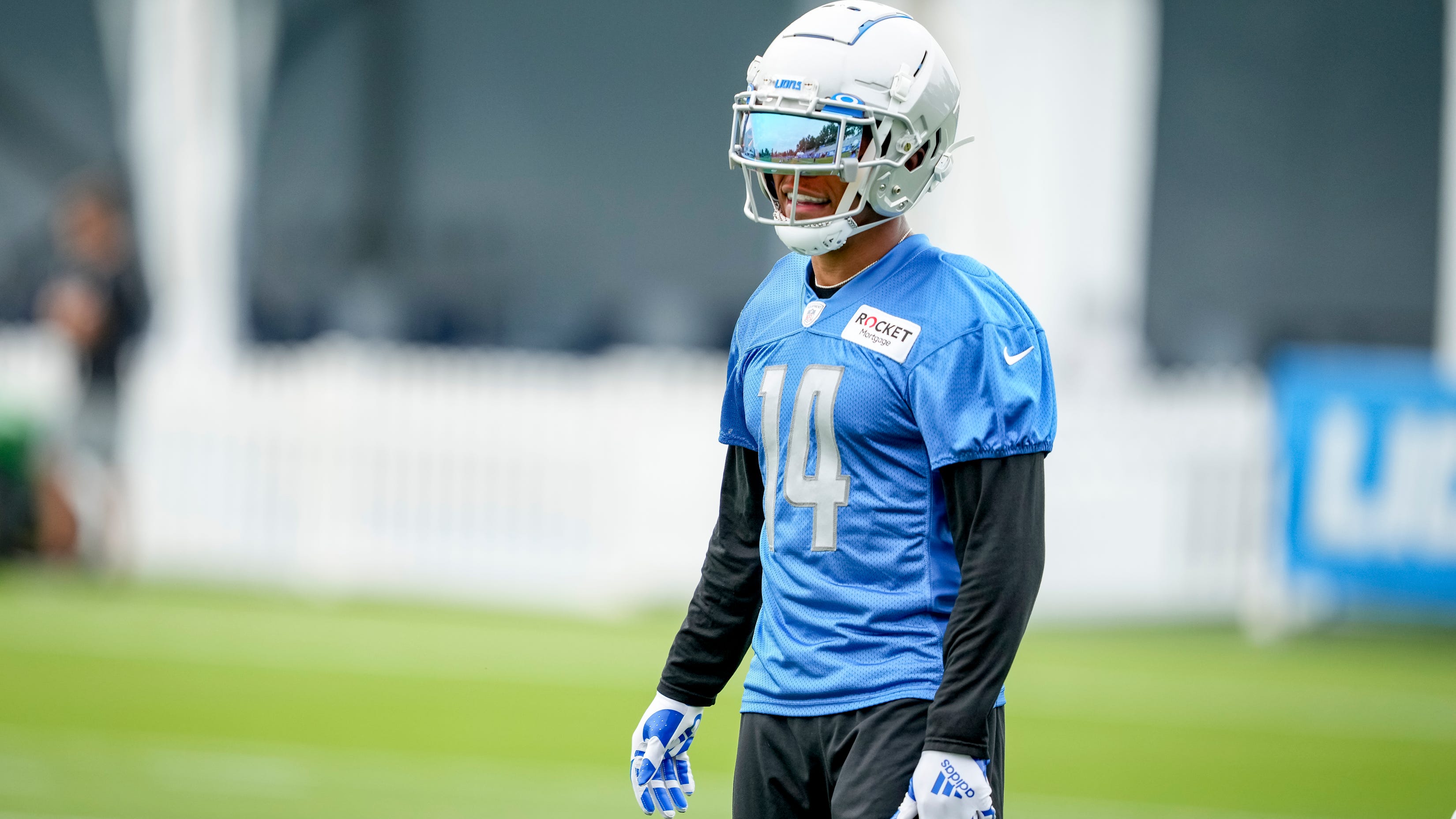 "Having your dad be your trainer is basically the best," said Amon-Ra. "He's been lifting with me and training me since I was in middle school."

"My sons are pretty strong," said John Brown. "Coaches always ask me, how do you do that? I'm like, I'm tired of explaining this to you guys: You gotta train your whole body. Kevin Durant and these guys, they mess their Achilles up. I have a question for guys like Kevin Durant: when's the last time you did a calf raise?

"At home, I'm dad. But in (the gym), I'm their trainer. So there's no talking, no screwing around. Just going balls to the wall." 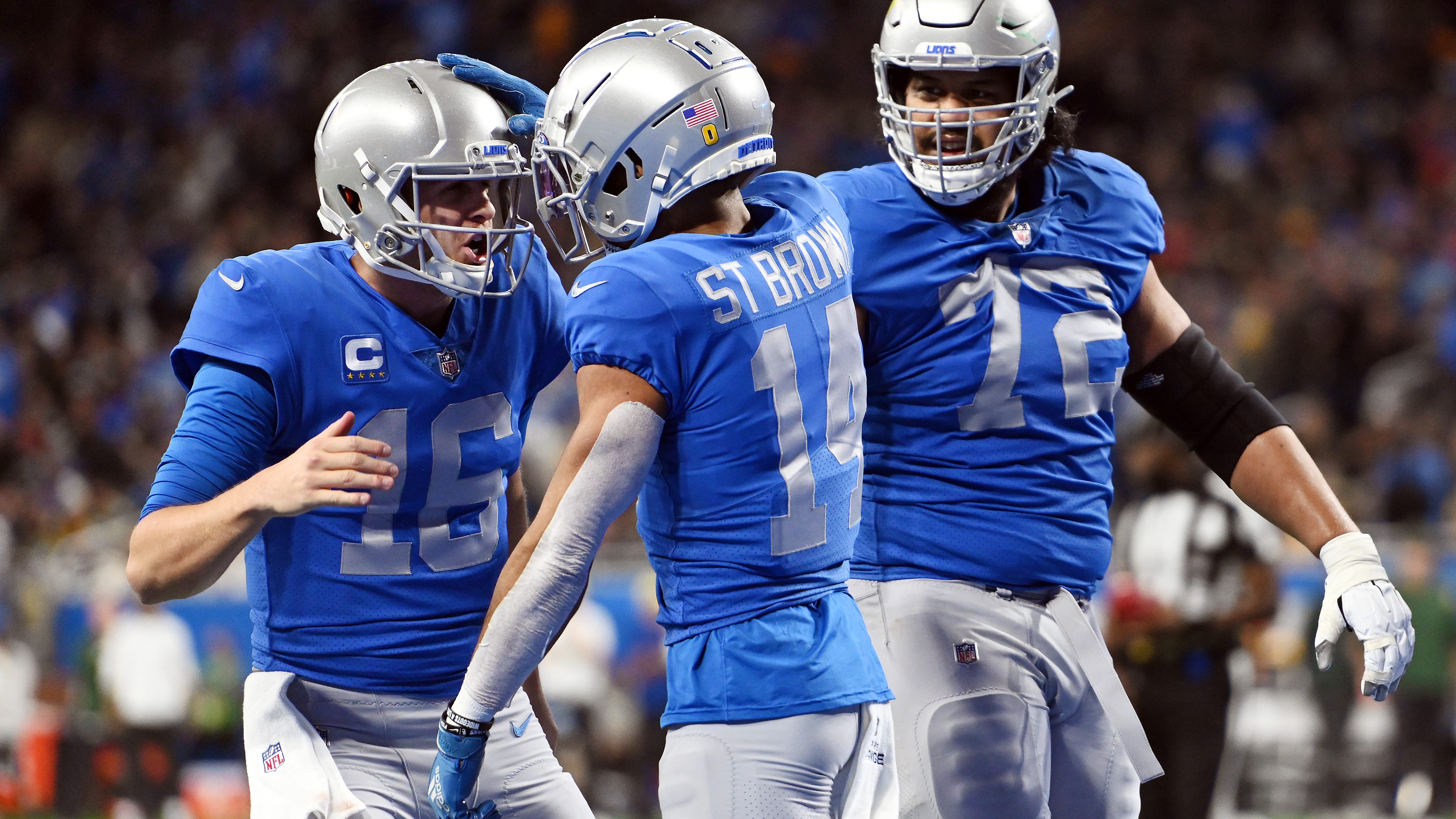 We also got a look at a rising rookie defender for the Lions not named Aidan Hutchinson: linebacker Malcolm Rodriguez. The sixth-round pick, nicknamed Rodrigo, is climbing the depth chart quickly and pushing for a starting job in Week 1. He was one of two players Campbell mentioned as stand-outs in the preseason opener.

While highlighting Rodriguez's growth during a position meeting, linebackers coach Kelvin Sheppard got on the veterans in the room for being outplayed by a rookie.

"I'm sick of fu*king saying this about a rookie," Sheppard told the rest of the linebackers. "What do y’all want me to do? Put him out there on the first-team defense? Because that’s about to happen. This ain’t nothing against you, Rodriguez. As a matter of fact, you’re fu*king playing your ass off, dude. But it’s a rookie. I’m doing everything I can to not put him out first.

Later, we heard Sheppard praise Rodriguez in a one-on-one conversation during practice.

"There ain’t much you can’t do on the field," Sheppard told him. "You got me? I’m telling you right now, this year can be whatever you want it to be. Everything is open for you right now. You just gotta go take it and do it.”

Between segments on the players, Episode 2 also shined a light on Lions defensive coordinator -- and likely future NFL head coach -- Aaron Glenn. During one team meeting, Campbell gave the floor to Glenn, who gave the players a rousing speech.

Glenn then called out Ohio State product Jonah Jackson and LSU product Michael Brockers, both of whom had one-loss seasons in college.