After getting traded from the Rams to the Lions last January without any heads-up from the team he took to the Super Bowl two years prior, Jared Goff was "extremely disappointed and upset." And as Goff prepares to face his old friends Sunday in LA, Rams head coach Sean McVay admitted Monday he could have handled the break-up better.

"Yes, I wish there was better, clearer communication," said McVay. "To say that it was perfectly handled on my end, I wouldn't be totally accurate in that."

Does McVay's regret mean anything to Goff?

"I mean, yeah, that’s good to hear, of course. That’s good to hear," Goff said Tuesday on the Karsch & Anderson Show. "But at the same time, it was the handled the way it was and there’s really not many hard feelings. It's just the way the business is. We’ve had our talks obviously since the trade, back when it happened, but its alright. I mean, I appreciate him saying that, but it was handled the way it was."

Goff spent five years with the Rams, and four with McVay, after the club drafted him first overall in 2016. He made the Pro Bowl in his first two seasons as the full-time starter and helped LA reach the Super Bowl in 2018. But his numbers declined in the two seasons that followed and his relationship soured with McVay, who decided along with GM Les Snead to change course at quarterback at the end of last season.

Less than a month after Goff helped the Rams beat the Seahawks in a road playoff game with an injured right thumb, he was shipped to Detroit with a bevy of draft picks for Matthew Stafford. He later told reporters he never heard from McVay and the Rams between the end of the season and the moment he was traded.

"You don't want to catch guys off guard," McVay said Monday. "It came together a lot faster than anybody anticipated, but in tough decisions where people are affected, you always want to be as understanding and empathetic as possible and think about it through the other person's lens. There's certainly things that I know I would do it a little bit differently when those situations arise in the future." 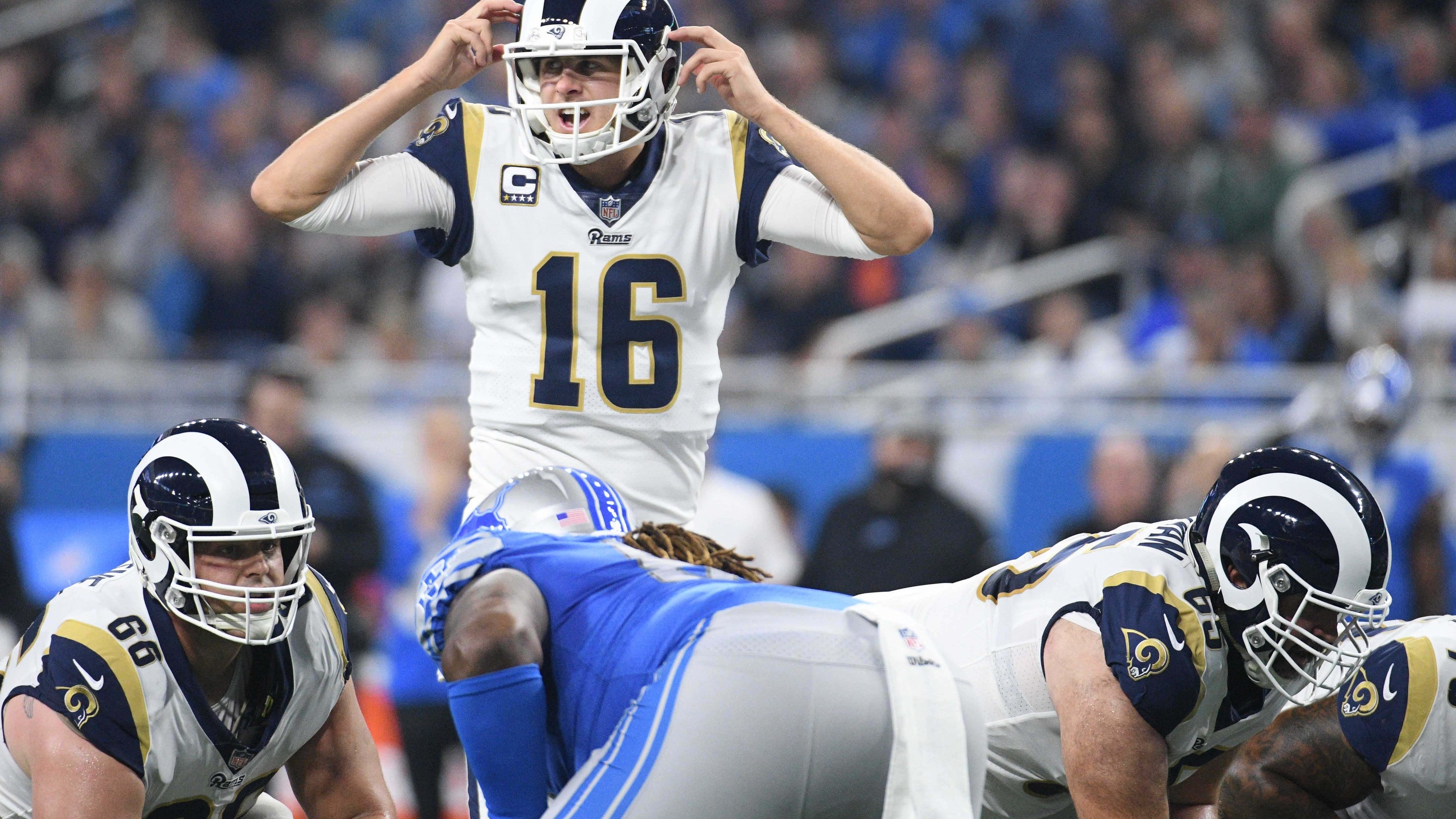 As for Sunday's game between the 0-6 Lions and 5-1 Rams, Goff said "it's going to be weird seeing old teammates" in warmups. But he won't let personal emotions cloud bigger team goals for Detroit.

"Pregame may be different emotionally, seeing some of these guys, old teammates, old coaches. But once the game starts, it’s all the same," he said. "It really, is. We’re so focused on our own stuff right now, we’ve got so many things to worry about cleaning up and getting right and making it work on Sundays, that I don’t think me being selfish and making it more than it is will help us in any way.

"May there be a little bit more motivation? Sure, of course, it’s your former team. It’s always going to be a special game and something that you want to win. But at the same time, I don’t think I can let emotions get to me in a selfish way like that."

Through six games with the Lions, Goff looks like the quarterback he was toward the end of his tenure with the Rams. He's struggled to drive the ball downfield -- a depleted receiving corps hasn't helped -- and spent most of his time passing in the flat. He has a passer rating of 86.9 and 6.5 air yards per attempt. Final two seasons with the Rams: 88.1 passer rating, 7.1 air yards per attempt. But Goff said his confidence is as high as it was when he was putting up some of the top numbers in the league. 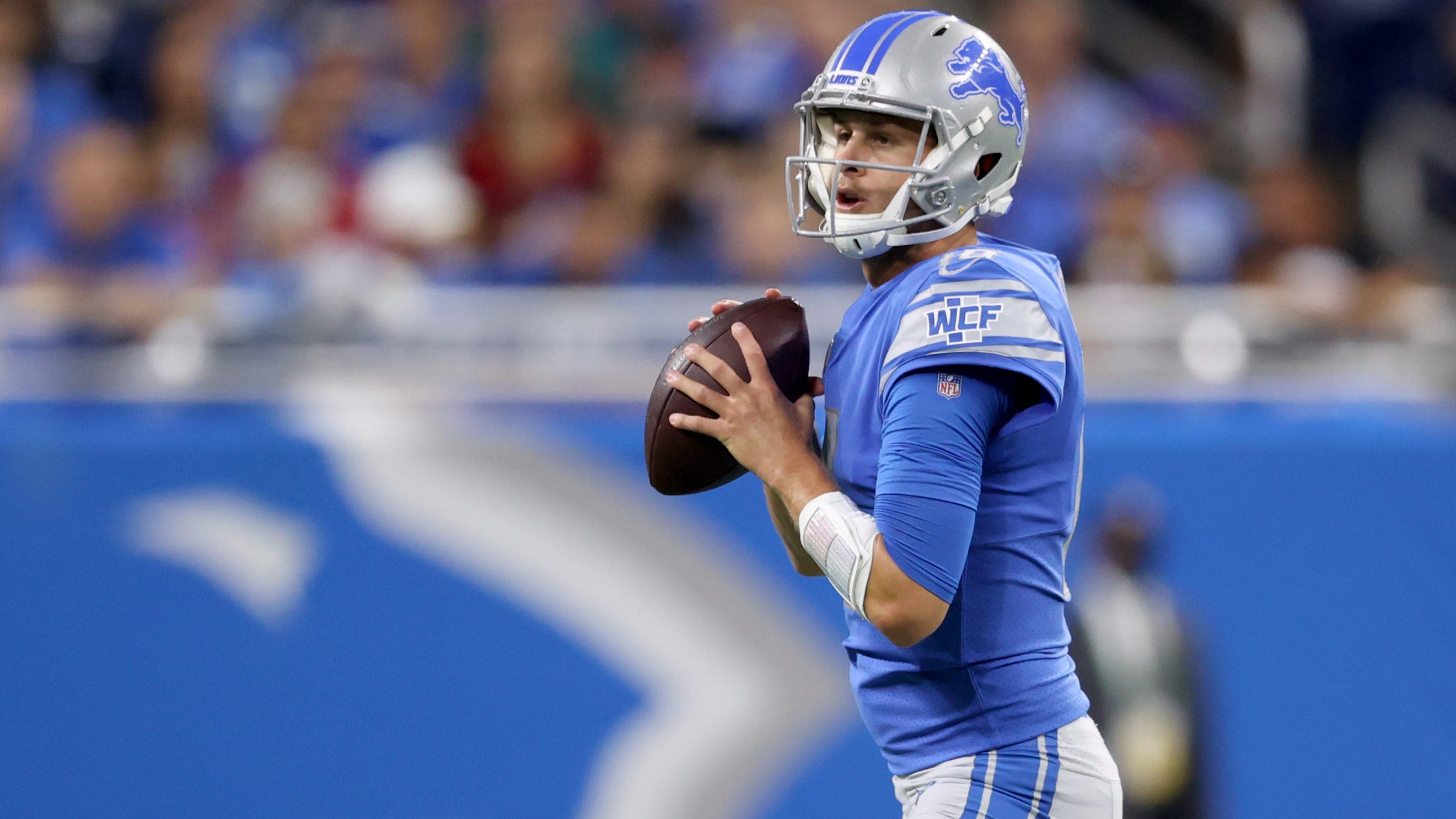 "Since I’ve been here, I think what’s changed for me just on the field is being able to do things outside the structure of the offense, or at least trying to. Trying different things, doing things that I hadn’t done in the past, and it’s been fun for me to grow in that area," he said. "But the confidence never leaves. I feel great. Obviously 0-6 is tough and it’s hard to come back every day, but it’s all I know -- putting my head down, going to work and finding a way to win.

"And I know this: I’ve been through this twice now. My rookie year and then my freshman year at Cal we weren’t very good either. But the reward on the other side of this is always worth it and it always tastes better when you’re going through tough times like we are now."