Dylan Larkin has played the part of Red Wings captain for the past couple seasons. Now the title is official.

Detroit gave the 24-year-old Larkin the 'C' on Wednesday, making him the franchise's fourth captain since Steve Yzerman assumed the position in 1986 and its first since Henrik Zetterberg retired after the 2017-18 season.

It's a role Larkin was groomed for last season, his first under Yzerman as GM. And it's a role he's ready for entering his sixth season in Detroit.

"Being a member of the Red Wings and improving this team is very, very important to him, and he takes it seriously," Yzerman said this offseason. "He’s an excellent player for us, a very important player. He's a great leader. He’s dedicated and mentally strong and committed. I’ve been very impressed getting to know him over the course of the year." 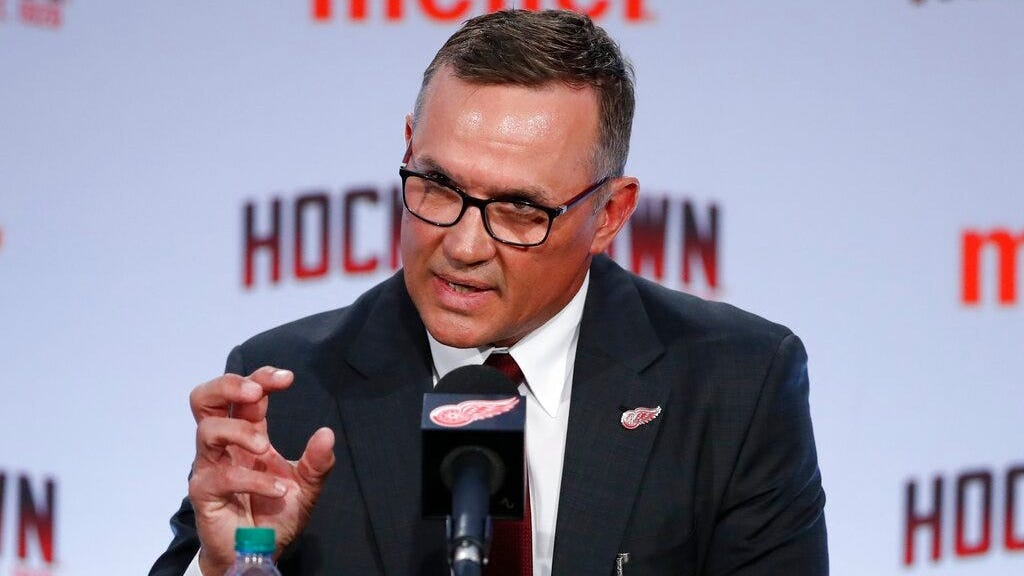 The Chat With Yzerman That Saved Larkin's Season

A Waterford native who grew up watching the Red Wings win Stanley Cups, Larkin joined the team just as its 25-year playoff streak was coming to an end. He became the face of the franchise after Zetterberg's retirement, which has made him the face of a lot of losing. Last season was one of the worst in franchise history. Larkin called it "one of the hardest years of my life."

It's his goal to get the Wings back where they belong.

“Let’s put the work in and make sure what happened (last year) doesn’t happen again on our watch,” he said at the outset of training camp. "It stops now.”

A long season for the team ended in another strong season for Larkin, his third in a row. He shook off a slow start to produce 19 goals and 53 points in 71 games, while also growing as a leader and a two-way player. His next step is solidifying himself as a No. 1 center in the NHL.

The step after that is bringing the Red Wings back to the playoffs. And then, one day, bringing the Cup back to Detroit.

All of it comes with wearing the 'C' for the team he grew up watching.