Sebastian Cossa's professional career is surely about to begin. Question is, where?

The Red Wings goalie of the future will answer that himself over the next few weeks starting Thursday in training camp.

"I don't have him ticketed anywhere right now," GM Steve Yzerman said Wednesday. "Let’s just see. Our options are the Detroit Red Wings, the Grand Rapids Griffins or the (ECHL) Toledo (Walleye). Or we could send him back to junior for an over-age year. Ultimately, I want him playing regularly and I want him playing at a level where he is challenged but can be successful. That is most important at this stage of the game."

Off the top, we can safely rule out two destinations: Detroit and juniors. The 19-year-old Cossa is both too green for the NHL and too proven for the WHL, where he posted a 1.93 goals against average and a .919 save percentage in the playoffs last season to lead the Edmonton Oil Kings to the championship. If Yzerman wants Cossa to be 'challenged,' there is little to be gained in sending him back to a league he just dominated. Red Wings' Sebastian Cossa getting taste of Detroit: "I want to stay here"

And if Yzerman wants him to be 'successful,' there is nothing to be gained by feeding Cossa to the wolves in the NHL. Remember, Yzerman drafted Andrei Vasilevskiy 19th overall for the Lightning in 2012 and the future Vezina winner didn't make his NHL debut until the 2014-15 season and didn't become the team's full-time starter until 2016-17 -- after spending parts of two seasons dominating the AHL.

It was only a year ago that Yzerman drafted Cossa 15th overall for the Red Wings.

"We want him to be in a good environment and playing a lot. I can’t tell you today where that is. We’re going to let the process play itself out. It starts with training camp. He did well in his outings in the prospects tournament, we’ll see how he does in the main camp. If we’re comfortable, let him get into the preseason games and decide what level he’s ready for," Yzerman said.

Cossa appeared in two games in the Traverse City prospects tournament earlier this month, where Yzerman said he made a "positive" impression. The 6'6 netminder has always stood out for his height. Recently, he's been working on his "technique and stance and calming down," Yzerman said, which, combined with his athleticism, could one day yield a Vasilevskiy-like wall for the Red Wings.

"You see him filling out physically. He’s very tall, but he’s also starting to take up more space in the net. Technically he’s looking a little bit sounder and he’ll continue to work at it," Yzerman said. "Number one, he needs to play games. That’s most important."

The average age of the NHL's top 10 goalies in save percentage last season? 28.2. The youngest among them? 26-year-old Vezina winner Igor Shesterkin, who didn't debut until the age of 24. The only 20-year-old to see significant action was 2019 first-round pick Spencer Knight, who had a .908 save percentage and a number of rough nights in 32 games for the Panthers.

Cossa turns 20 in November. His most likely starting point this season is Grand Rapids, though Toledo isn't out of the question. And that will almost surely be his ending point. Yzerman and the Red Wings have a goaltending tandem they trust in Alex Nedeljkovic and Ville Husso and zero inclination to rush Cossa to Detroit. He will arrive when he's ready, and not a moment too soon.

"Going into this season, I want to play at the highest level of hockey I can," Cossa said at development camp in June. "My game is going to do the speaking for me, and management has the say in where I will be playing."

Eventually, Cossa will be playing in Detroit. For now, he's still playing his way there. 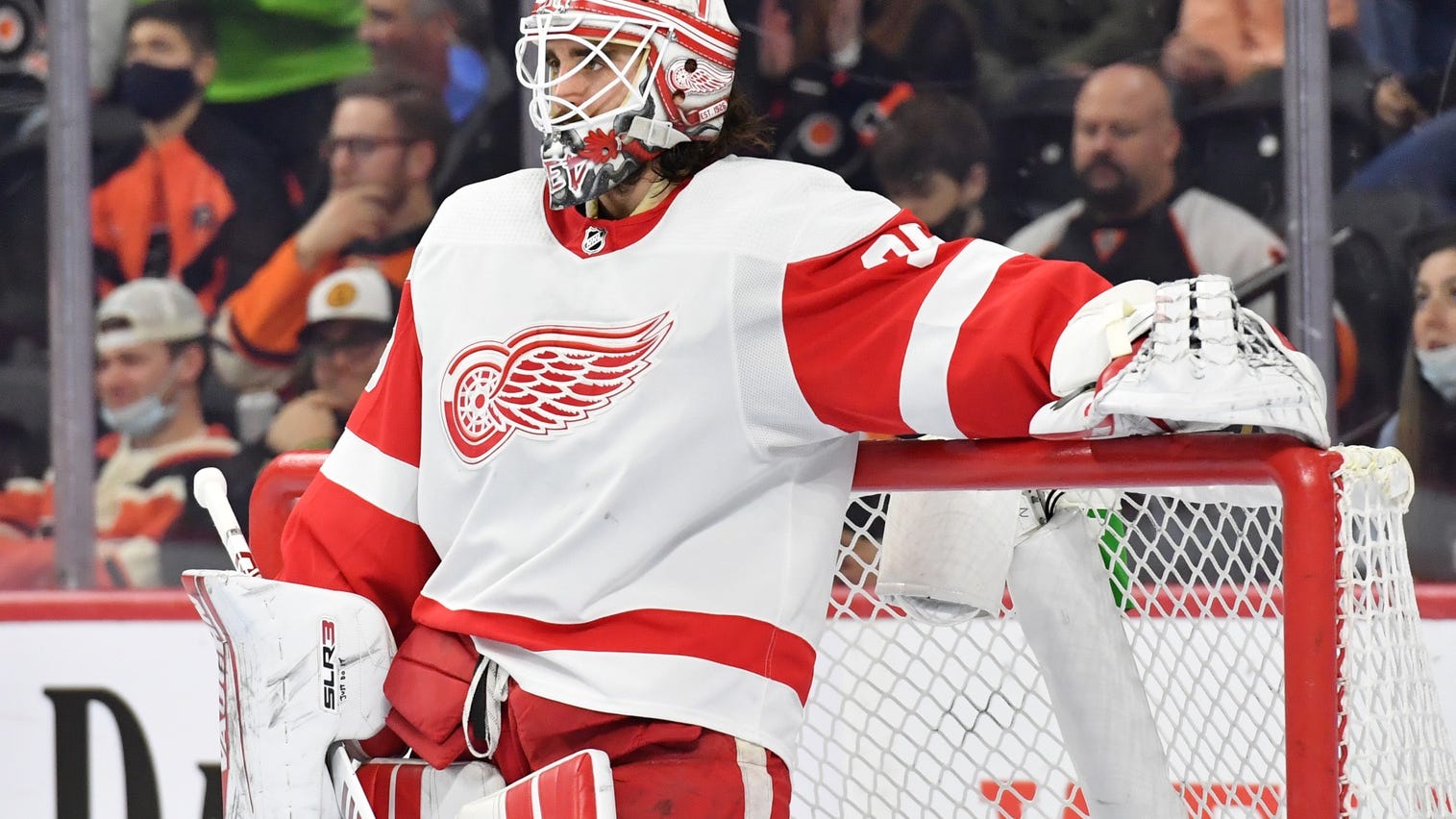 Nedeljkovic, Husso want to prove what they already know