Last September, Steve Yzerman wasn't sure what to expect from a highly-regarded defenseman drafted sixth overall trying to crack the Red Wings roster after a standout season in the Swedish Hockey League. Then Moritz Seider won Rookie of the Year.

Is something similar in store for Simon Edvinsson?

"Is it possible for him to step in and play in the NHL and be an impactful player? Yes it is, but let’s just wait and see," Yzerman said Wednesday as the Red Wings prepare to open training camp in Traverse City.

The 19-year-old Edvinsson, drafted sixth overall by in Yzerman in 2021, is a year younger than Seider was when he arrived last season, but he's coming off an equally impressive season playing against men in the Swedish Hockey League -- and a strong showing for Team Sweden in the World Juniors last month. None of it guarantees anything.

The only given is that the Red Wings and new head coach Derek Lalonde will allow Edvinsson every chance to make the Opening Night roster.

"Last year even for Mo, I wasn’t sure how he was going to do," said Yzerman. "And honestly, he exceeded my initial expectations for him. We’ll just see how Simon does here. If he’s ready, great; if he’s not, that’s OK. I think he’s going to be a real good player in this league. Is it this year, is it by Christmas is it next year? We’ll see." Edvinsson is ready to be a Red Wing: "I'm not going to hold back"

The 6'6 Edvinsson caught Yzerman's eye at the team's development camp in June, if for no other reason than his sheer size. He's not just tall; he's starting to fill out. And Yzerman said he was "pleased" with how Edvinsson played in three games in the prospects tournament in Traverse City earlier this month. The real test begins in training camp, and will ratchet up in exhibition games.

Each challenge is a chance for Edvinsson to prove he's ready to play in Detroit.

"We’ll let his play dictate, number one, how much he plays in the preseason and then well make decision at some point," Yzerman said. "There’s no hard and fast date. Most importantly, I want him playing a significant role. I want him to obviously be in the top six (defensemen), playing games and then I’d like to see him participating in special teams in some form. And if that’s not the case, we’ll decide where to go from there." 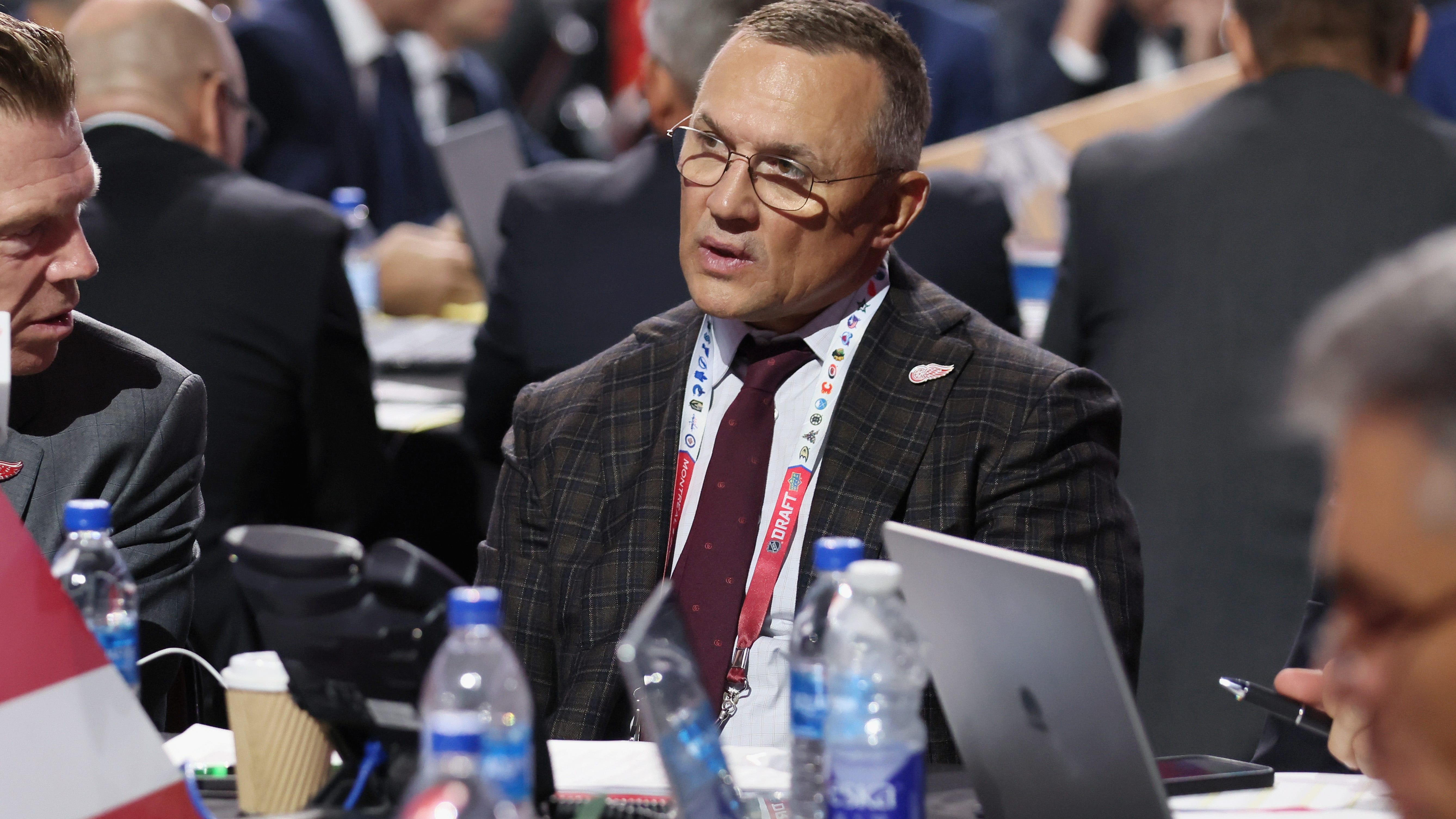 If the Red Wings decide Edvinsson isn't ready, they can send him to Grand Rapids for more seasoning. It wouldn't be a bad thing. Seider had the benefit of playing in the AHL the year before he thrived in Sweden, which helped him stick the landing in his jump to the NHL.

"He got that extra year of development before he stepped in," Yzerman said. "I think Simon has a good chance (to make the team), but I can’t sit here today and tell you he’s definitely going to be in the lineup on Opening Night."