Have you captained -- or ever played for -- the Red Wings? If so, there's a job for you in Detroit.

A day after adding Nicklas Lidstrom to his staff as the Red Wings' vice president of hockey operations, GM Steve Yzerman was asked about reaching out to another former captain in Henrik Zetterberg. The trio spanned 31 years as the only players to wear the C in Detroit; Yzerman and Zetteberg were teammates for three seasons.

"I think he’s still enjoying the first couple years of retirement here, having some fun," Yzerman said Wednesday on the Stoney & Jansen Show. "He does spend some time in Detroit. He’s another guy that is very smart and very level-headed and very astute that if someday he wants to get involved in hockey and get back into it a little bit more, we’d certainly love to have him.

"We got a lot of these former Red Wing players not only that I played with but also came after me. They’re really good guys, really smart. I’m not sure how many vice presidents we can have, but if guys want to get involved and find a role, we’ll find a role for them certainly."

In addition to Yzerman, Detroit now has nine former Red Wings in the front office, all of whom were once teammates with Yzerman, five of whom once played with him on Cup-winning teams. Between Yzerman, Lidstrom and Mark Howe, the club's director of pro scouting, the Wings have three Hall of Famers in executive roles. Maybe Zetterberg, one day, will make it four.

"I try to hire the best possible hockey minds who have a great work ethic and real passion for doing the job," Yzerman said Tuesday. "Ultimately, we’re just trying to find good hockey players. If you surround yourself with people who work really hard and who are intelligent, for the most part you’re going to make good decisions." 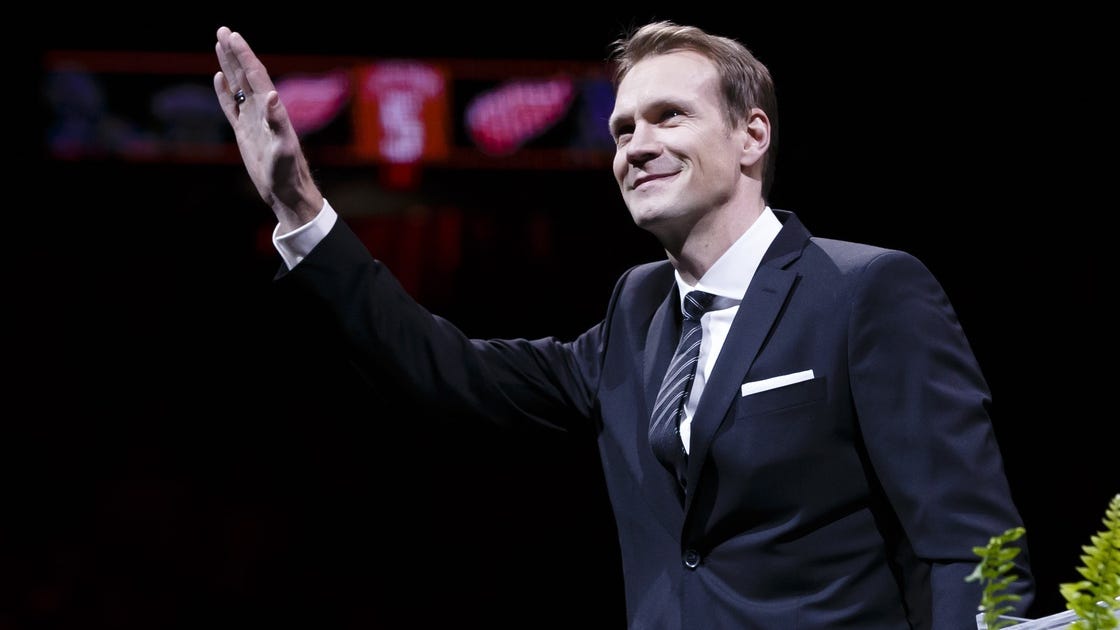 Yzerman also discussed on Wednesday his approach to the March 21 trade deadline, his assessment of former sixth overall pick Filip Zadina and his disinterest in playing post-retirement hockey

Regarding the deadline, Yzerman said the Wings will have their midseason meetings with the pro scouting department next week to map out a plan. As for buying versus selling, it won't be the former. The question will be whether or not to deal their pending unrestricted free agents, like Nick Leddy, Marc Staal, Vladislav Namestinikov and Thomas Greiss. Sam Gagner, Danny DeKeyser, Troy Stecher and Carter Rowney comprise the rest of the group.

"I will say, whether we’re in (the playoffs) or close, I don’t see us trading young, good prospects and high draft picks to acquire players to give us a better chance of making the playoffs," Yzerman said. "We’re not at that point in our progress to do that. Really it’s going to be a question, do we keep our pending free agents and try to re-sign them, or just keep them and see how do we for the remainder of the season, or do we sell off and get picks or prospects? That will be the decision, and ultimately it will come down to where we’re at probably two weeks before the deadline."

Regarding Zadina, who has one goal in his last 17 games and was a healthy scratch last week, Yzerman said he's not frustrated with the 22-year-old but "Filip may be frustrated with himself." 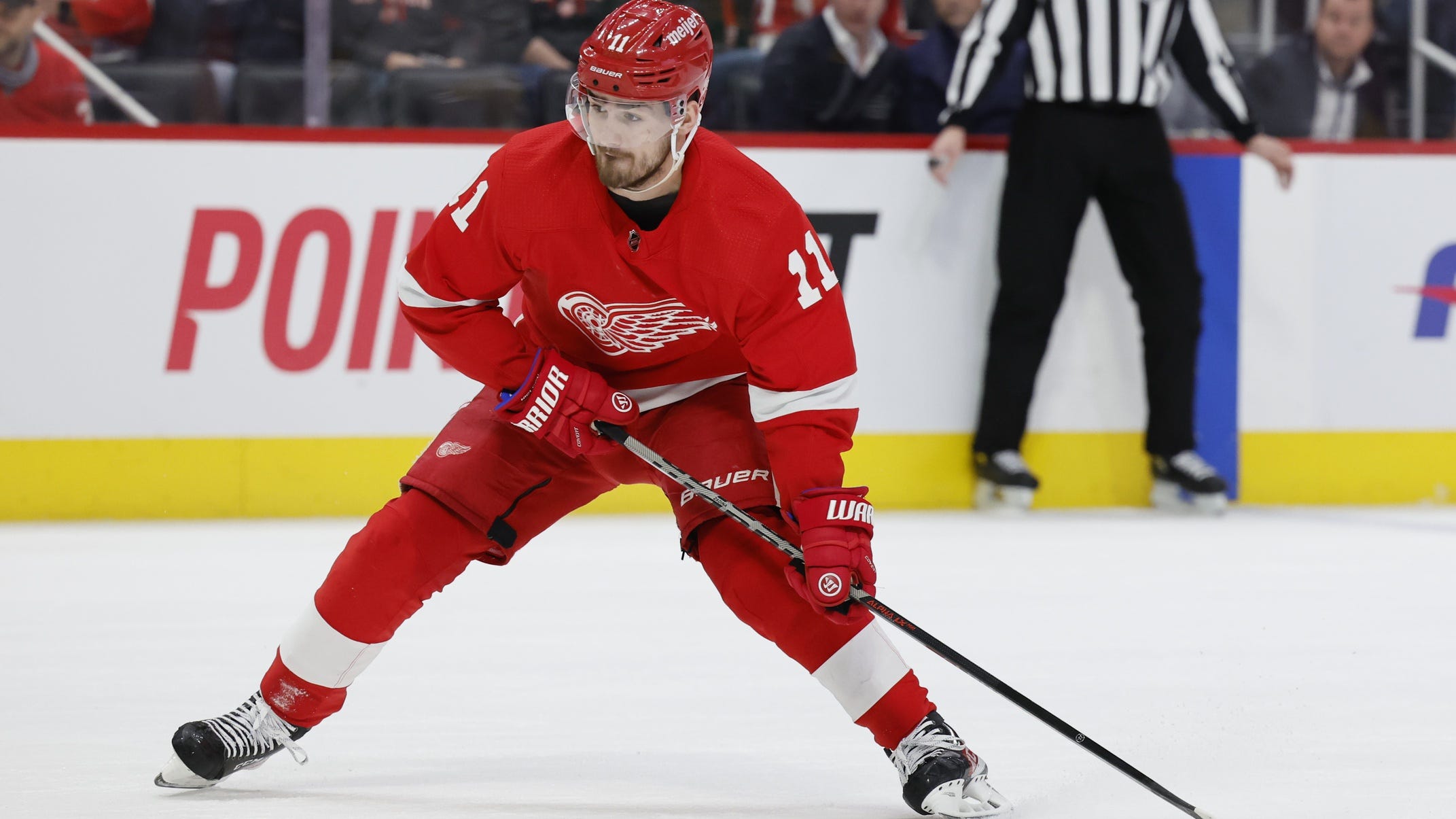 Blashill: Zadina can be good NHL player. ‘How good a scorer? I don’t know.’

"He’s a good young man, he’s working really hard. I think his expectations coming out of junior, probably a little bit unrealistic at the time," Yzerman said. "He’s working hard out there, he’s generating some opportunities, he’s doing a lot of good things. He’s just really pressing. I just think if we’re patient and we can somehow get him to just relax and go out and play and work and let his natural instincts take over, things will start to go in for him. My approach is, I’m just going to be patient. I look around the league every year at guys that are 25 years old or so that for whatever reason were traded or moved onto another team after they stated slow in their careers, and they're playing pretty well.

"I think at this stage, there’s a lot I like about Fillip’s game. I like his attitude, I like his work ethic. He does have good skills. I think he’s learning the other parts of the game. He’s focused on just doing little things, checking well, creating turnovers offensively. Eventually those are little things that help his line out, help his team out and I think pucks will go in the net. He does have a lot of opportunities, they’re just not going in. But he’s trying. So I’m not frustrated at all. I just want him to relax and go out and play. It’s easier said than done, though. Guys want to do well and they have high expectations for themselves."

As for the last time Yzerman laced up his skates? That would be six years ago at the alumni game between the Red Wings and Avalanche before the two teams met in the outdoor Stadium Series at Coors Field. Yzerman guesses he's worn skates "half a dozen times since I retired" in 2006. He said the alumni game "was actually a lot of fun," until he went back and watched the tape.

"I played and I was like, 'Jeez, I feel like I’m moving pretty good out here. I want to get back into this a little bit.' And then I got to watch the replay of the game and I saw myself and I was like, 'You know what, nobody’s going to watch this ever again.' So I’ve had enough. I don’t skate. I got a bit of an issue with my knee so it’s not a whole lot of fun getting out there. I spend pretty much every day in a hockey rink and once I’m finished for the day, I like to get out of the hockey rink. I like watching hockey, no joy in playing it anymore."

Bummer -- Detroit's front office could have a hell of a team.