Derek Hill did his job in the first inning of the Tigers-Mariners game Wednesday at Comerica Park. Did it so well he wound up injured.

That's the risk of soaring into the air and slamming into the center field wall to take a potential homer and two RBI's off the board.

Hill's right shoulder absorbed the brunt of the blow, and he crumpled to the warning track after securing the catch. He was quickly attended to by Tigers trainer Doug Teter and manager A.J. Hinch, who removed Hill from the game.

The Tigers announced he was lifted with a right shoulder sprain. Akil Baddoo took Hill's place in center.

When @derekhill27 makes a catch, he goes ALL OUT. pic.twitter.com/Pm8dwjJFHw

It's a tough break for Hill, who's in the midst of his first major opportunity in the big leagues. Hinch is playing him in center to make exactly these kind of plays.

"As a manager, the outfield defense in this ballpark can either be exposed or be a strength," Hinch said Tuesday. "And Derek makes us a lot better in center with his range and his arm."

A lesser fielder doesn't get to that ball, which according to Statcast had an expected batting average of .910 when it left Kyle Seager's bat. Hill paid the price for racing it down.

Fortunately, it sounds like he escaped a major injury. 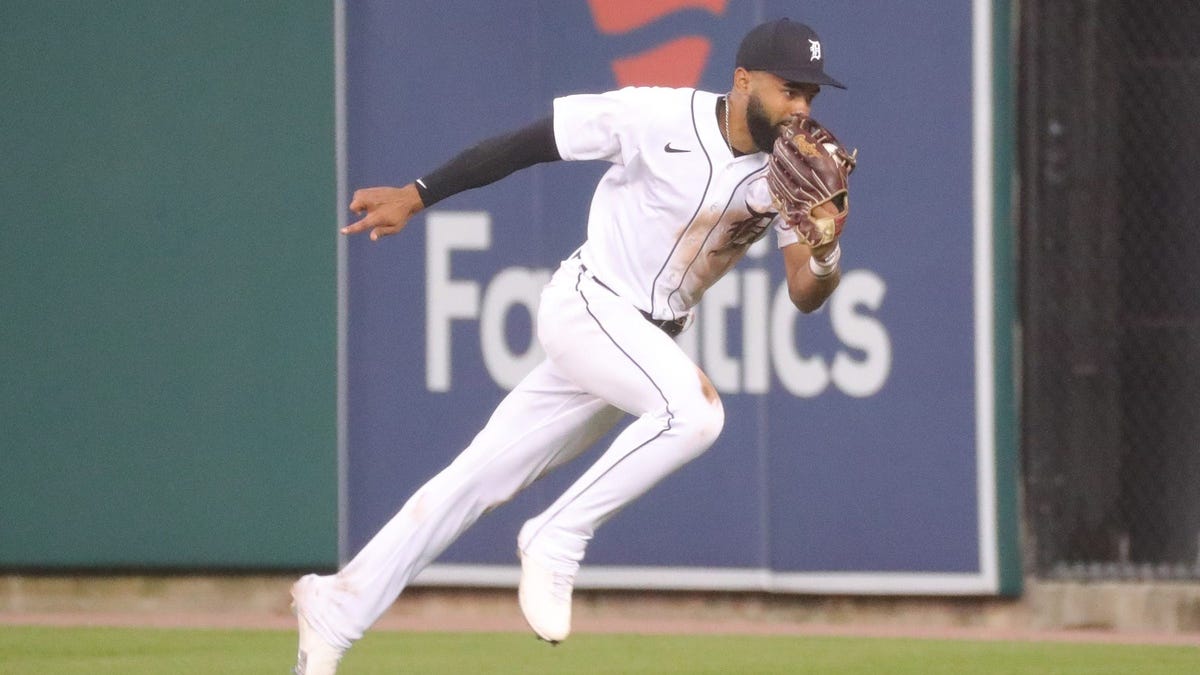 With 'long leash' from Hinch, Derek Hill is ready to run