LSU football has its next head coach, and his name doesn't have any Cajun roots.

The Tigers are "expecting" to hire Notre Dame head coach Brian Kelly with Ed Orgeron officially done, according to a report from Pete Thamel of Yahoo! Sports.

Kelly has been the head coach for the Irish since 2010 and has a career coaching record of 236-96-2. The Irish are 11-1 this season, but appear on the outside of the College Football Playoff picture at No. 6 with only conference championship games to play.

The Tigers' next head coach will take over a talented group, but one that has become accustomed to middling results the past two seasons. Prior to the bowl game to finish the 2021 season, the Tigers have gone exactly .500 with a record of 11-11 since a perfect season and College Football Playoff title in 2019.

Offensive line coach Brad Davis was expected to serve as the interim for the bowl trip. The first order of business for LSU's new coach will be damage control along a talented roster and a highly touted recruiting class. He'll have to decide whether to retain any of the coaches remaining along Orgeron's staff, many of whom are finishing out their first year with the program. That includes Davis, offensive coordinator Jake Peetz and defensive coordinator Daronte Jones, all of whom saw their units face significant struggles throughout an inconsistent season. 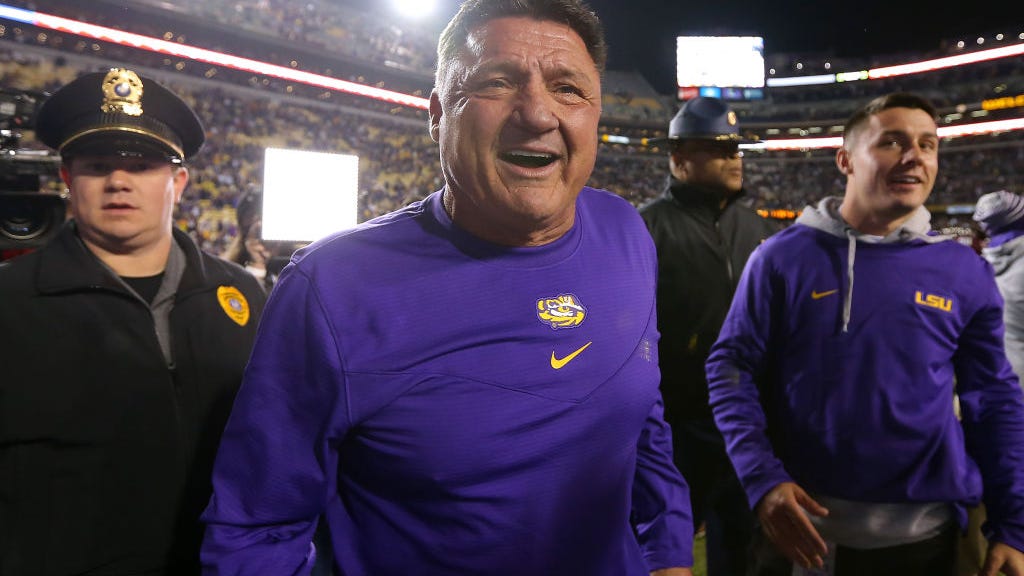 The next steps for Orgeron will be a bit less obvious. He's already said he doesn't intent to be a head coach in the 2022 season, and his buyout agreement stipulates that he can't be a head coach for another SEC program for at least 18 months. He'll also likely still be visibly associated with the program, per that agreement, with at least one public appearance per season on behalf of the program required.