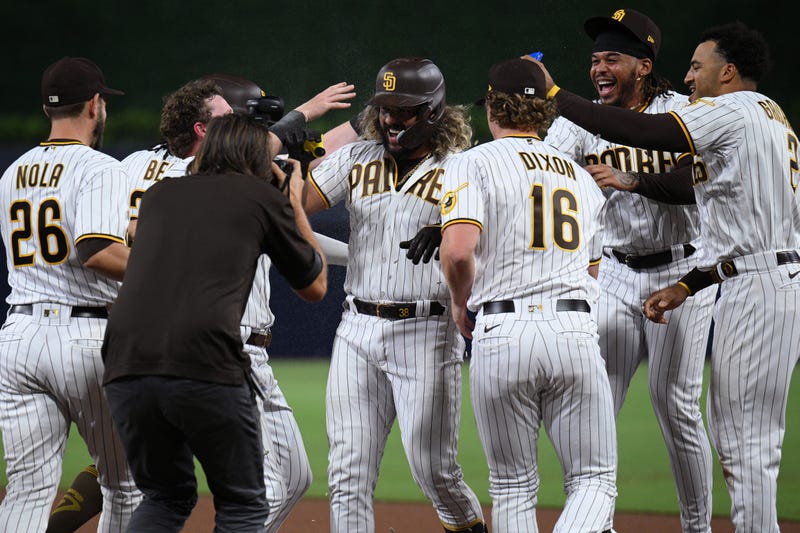 The Padres beat the Dodgers 4-3 in 10 innings in one of the most dramatic wins of the season. San Diego broke a 2-2 tie in the bottom of the 8th inning that began with a leadoff double from Austin Nola that hit off the glove of Chris Taylor and probably should have been caught. Jose Azocar tried to bunt Nola over to 3rd base but popped out to Justin Turner. After walks to Ha-Seong Kim and Juan Soto to load the bases, Manny Machado struck out, bringing up Brandon Drury with two outs. Drury hit a slow grounder to Justin Turner, who bobbled the ball and made a poor throw to first base, allowing Drury to safely reach first and Trent Grisham to score the go-ahead run from third base.

Josh Hader entered the game in the 9th inning, and allowed a leadoff double to Trea Turner. After striking out Freddie Freeman, Will Smith hit a grounder to shortstop, which Kim bobbled, allowing Smith to reach first and Turner to advance to third base. The Padres were an out away from ending the game after Justin Turner flew out to left field, but Turner scored the game-tying run on a passed ball by Jorge Alfaro. Alfaro would later make up for his error, drawing a 2-out bases loaded walk in the bottom of the 10th inning to win the game. The Padres magic number is now 4.

Myers with a big two-run single to put the Padres ahead 2-0 in the 1st inning!