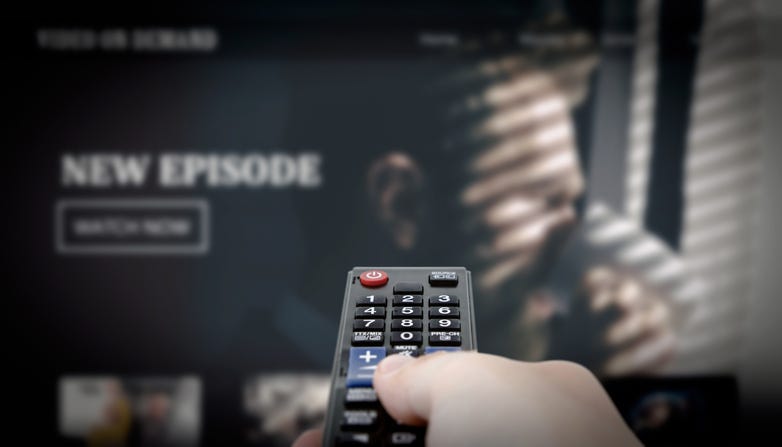 During the pandemic, our Netflix, Prime, Hulu, and other streaming accounts got a workout like never before! Some people have even claimed to "reached the end of Netflix" because they feel like they've binge-watched every series available on the streamer.

My family and I are guilty of this. We all try to agree on a new series, and each night we watch an episode or two until we've reached the end - then what? Find a new one! We've watched everything from The OA to Firefly Lane (ok, that one was just me) and everything in between. I have gotten to the point that I don't want to even start watching something that only has one season because I don't want to be left hanging - what if it never comes back? Nothing like the cliffhanger x infinity.

But even the best series' that are still in production have a time limit: we can watch faster than they can produce. So here we sit, waiting for them to come out with new episodes. Oh, the anticipation!

Which five shows am I waiting not-so-patiently to begin again? Here you go! (And if you haven't watched any of these, now is a great time to catch up before the new seasons are released)

Don't @ me, but it took me a little bit to get into this one. I should have loved it from the very first episode since it's based on kids in a small Indiana town in the 80s (my life...hello! LOL), but it took a few before I was hooked. A kid goes missing, and only his friends & his crazy mom think it's something other than a kidnapping. Stranger Things fans are now eagerly awaiting season 4, which is expected to be released in 2022. Watch the trailer for season 1 to see how it all began!

Suspense, twists & turns, and so much money. Those are just a few things that make Ozark one of the best shows on Netflix. The Byrds seem like an ordinary family with ordinary problems - until Marty Byrd has to take over his partner's money-laundering gig for the 2nd largest cartel in Mexico. They think moving to the Lake of the Ozarks will give them some anonymity. Turns out, this quaint vacation town has its own share of villians. Jason Bateman is superb, and I'm so intrigued by Julia Garner who plays Ruth. The extended final Season 4 is in production right now!

I'm sensing a theme here: I really like to binge shows featuring actors I grew up with! Christina Applegate stars as Jen, a woman whose husband was just killed in a hit-and-run accident. She's befriended by Linda Cardellini's sweet Judy, who has more secrets than the deodorant aisle at the grocery store. Dead To Me is considered a "dark comedy" and is so entertaining and well-written. You'll be hooked from the start! Dead To Me is currently filming its final season 3, and you'll probably get to watch it in 2022.

Kevin Costner stars as the patriarch of the Dalton family, a man who runs his ranch and his children with an iron brand. As developers come in and try to take the family's land, the Daltons war with them and with each other. It's suspenseful and ruthless, and you never know who is on which side. This is my only binge-worthy choice that's not on Netflix, and the Paramount network has renewed Yellowstone for another intense season. If you were into shows like Dallas & Dynasty, you'll love how Yellowstone takes a similar premise and turns it up to 20. Look for the next season sometime late 2021 or early 2022.

Grace & Frankie is my guilty pleasure that I love watching by myself while the guys in my house are preoccupied with video games. Jane Fonda & Lilly Tomlin are two very different women who are thrown together in their shared misery when they find out that their respective husbands are leaving them for each other. Their reluctant friendship blossoms, and its a joy to watch them navigate and conquer a new life that they never thought they'd be facing in their older years. There are currently 6 seasons so their humor and crazy antics will hopefully keep you occupied for a while as the final season of Grace & Frankie films for release in 2022.

Have you binged any of these shows? Are you eagerly awaiting the release of the next season? Or have I just given you something new to add to your "Shows To Watch" list? Hit me up on Facebook or Instagram and let me know your thoughts!