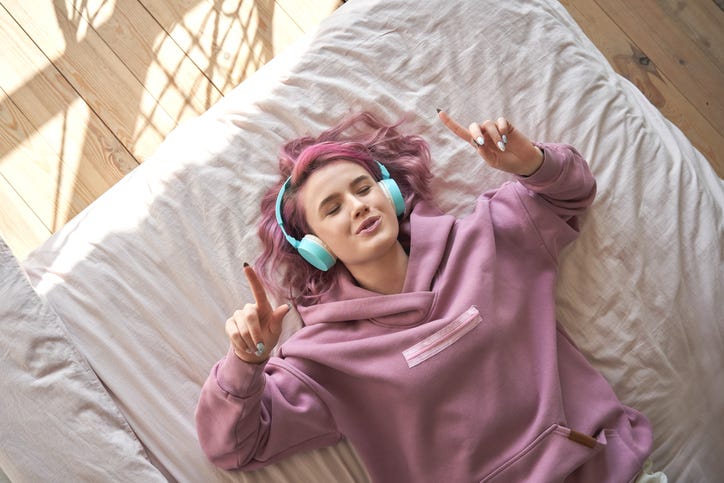 When I worked in Alternative Radio, people were really surprised to find out that I also liked a lot of Country and Pop music. Truth is, I listen to all types of music. I'm not a music snob - if it's a good song or a fun song or a deep song or even a stupid song, I like what I like no matter who is singing it.

Songs that we're not supposed to love but we still do are called "guilty pleasures." It may be considered cheesy or silly, or by an artist who's not cool. Summertime is the best time to pop on a guilty pleasure, roll the windows down and sing at the top of your lungs. So let's do it! Here are 5 of my favorite guilty pleasure songs:

1. Party In the USA
"I put my hands up, they're singing my song, the butterflies fly away..." How can you not sing along to this one? It's happy, it's fun, and you just can't help but nod your head like yeah.

2. She Thinks My Tractor's Sexy
Through the late 2000s, my girls' trip each summer with this certain set of ladies consisted of hitting a Kenny Chesney concert. We saw him in Charlotte, Columbia, Greensboro, and even Louisville KY. Every single time he hit the opening chords of this song, the crowd went nuts! It still brings that same feeling when I hear it, even in my car.

4. Girlfriend
Yeah yeah, she's trying to steal this guy from his girlfriend. But the cheerleader-y beats and bad girl vibe make it totally addictive!

5. Dirty Pop
In the 90s/2000s, it was cool to hate on Boy Bands. But guess what...they had a lot of great songs! I dug this one because it actually had a little edge. I still love to turn it up loud & cruise with my shades on and windows down!

There are soooooo many songs that don't have street cred but they're totally enjoyable - kinda like icing straight outta the container! These are the first 5 that popped into my head, but there are a ton more. What songs do you love that are considered guilty pleasures? Hit me up on Facebook or Instagram and add to the list!