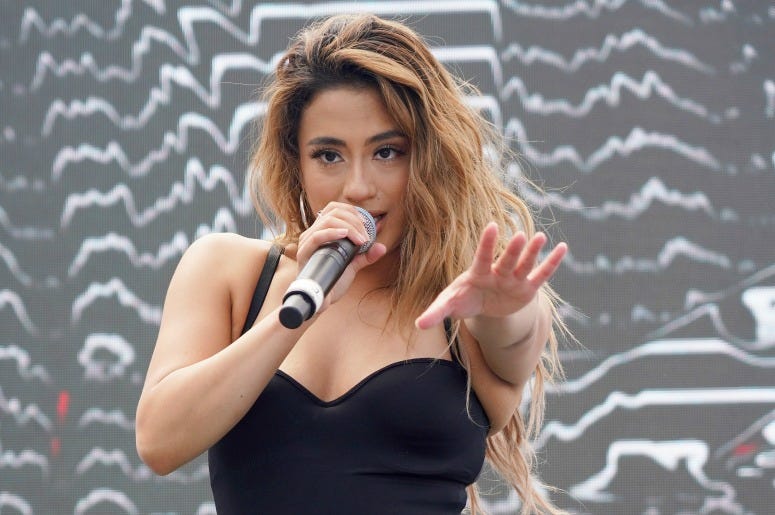 Ally Brooke broke down in tears on Monday’s episode of Dancing With the Stars. The former Fifth Harmony popstar shared an insecurity about her personal life on week two of the competition.

Brooke opened up about her insecurities from her Fifth Harmony days. During rehearsals with her professional partner Sasha Farber, Brooke said she was bullied for her dancing.

Brooke went on and said she was labeled the worst dancer in Fifth Harmony.

After her performance Brooke said, “That felt honestly liberating for me.”

"I just want to say up here while I have the opportunity, if anyone ever feels like they're scared to do something because they got made fun of or bullied, I want you to know that you can do it, and I hope that I can be an inspiration and voice for you guys,” Brooke said.

In rehearsals, her goal was impress everyone with her Viennese Waltz.

Brooke took the dance floor and performed the Viennese Waltz to “Iris” by The Goo Goo Dolls. Both her and her partner scored a 20/30.

Carrie Ann Inaba, one of the judges gave her a compliment for conquering her fears.

A fellow Fifth Harmony member, Normani, also competed in the competition in 2017 and placed third.

Dancing With the Stars airs Monday at 8 p.m. ET/PT on ABC.